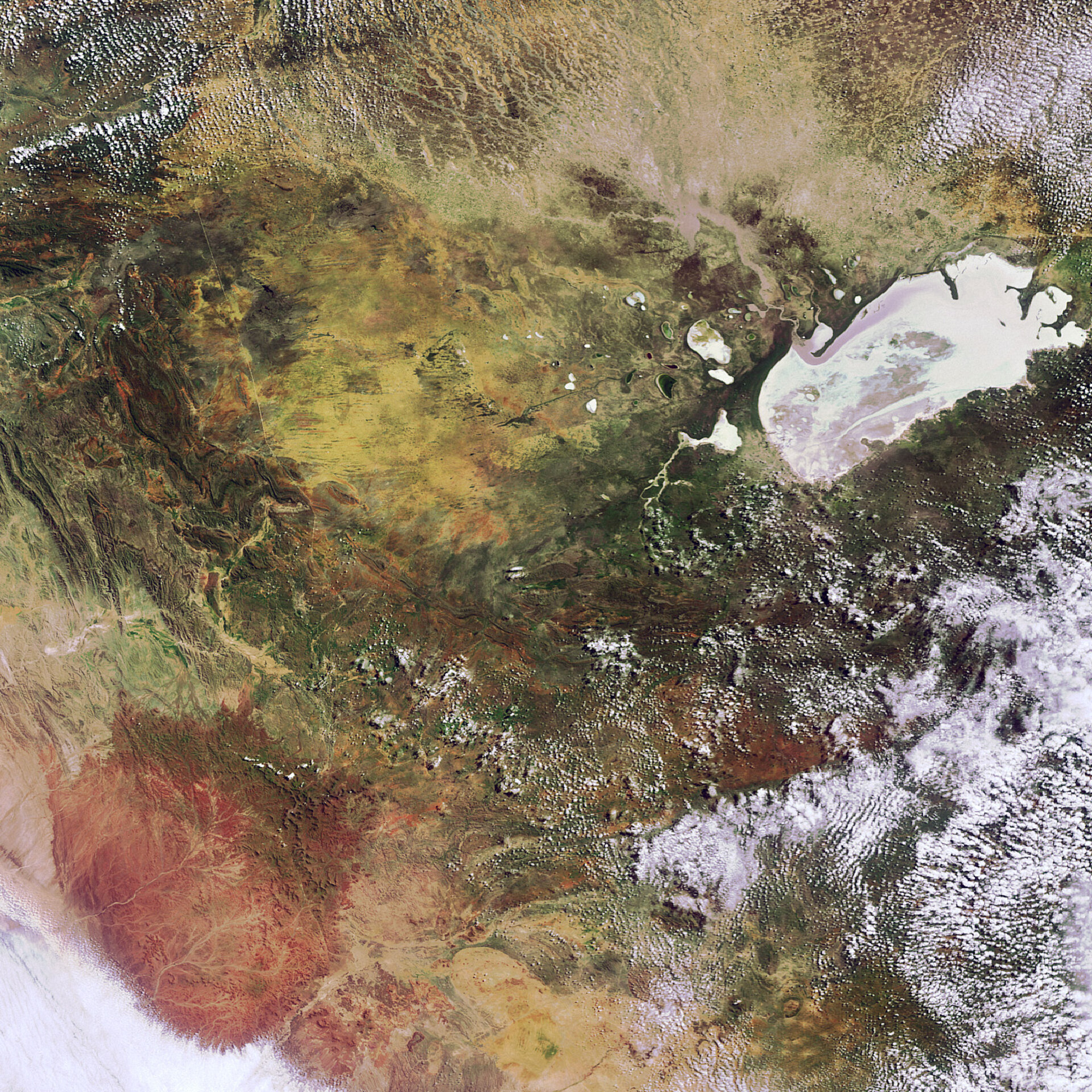 This Envisat image features the northern part of the country of Namibia. Namibia is located on the west coast of southern Africa between Angola and South Africa.

One of Namibia’s largest wildlife areas, Etosha National Park, is located around Etosha pan, the large flat saline desert visible in white and greenish colours in the upper right corner.

The pan derives its whitish colour from the high concentration of salt remaining when the water accumulated in the area during rainy season evaporates. Etosha translates to mean ‘Great White Place’.

With an extent of roughly 5000 sq km, Etosha pan is about half the size of the country of Lebanon. The pan stretches 130 km long by 50 km wide.

Etosha pan, part of the Kalahari Basin, was originally a lake that was fed by the Kunene River. It is believed that the lake dried out as a result of the river’s course changing and flowing into the Atlantic Ocean instead.

The area pictured is part of the Kunene region, one of the country’s 13 regions. Kunene is dominated by mountainous, inaccessible geography and is teeming with a diversity of wildlife, including elephants.

This image was acquired by Envisat’s Medium Resolution Imaging Spectrometer (MERIS) instrument on 15 March 2008 working in Full Resolution mode to provide a spatial resolution of 300 m.