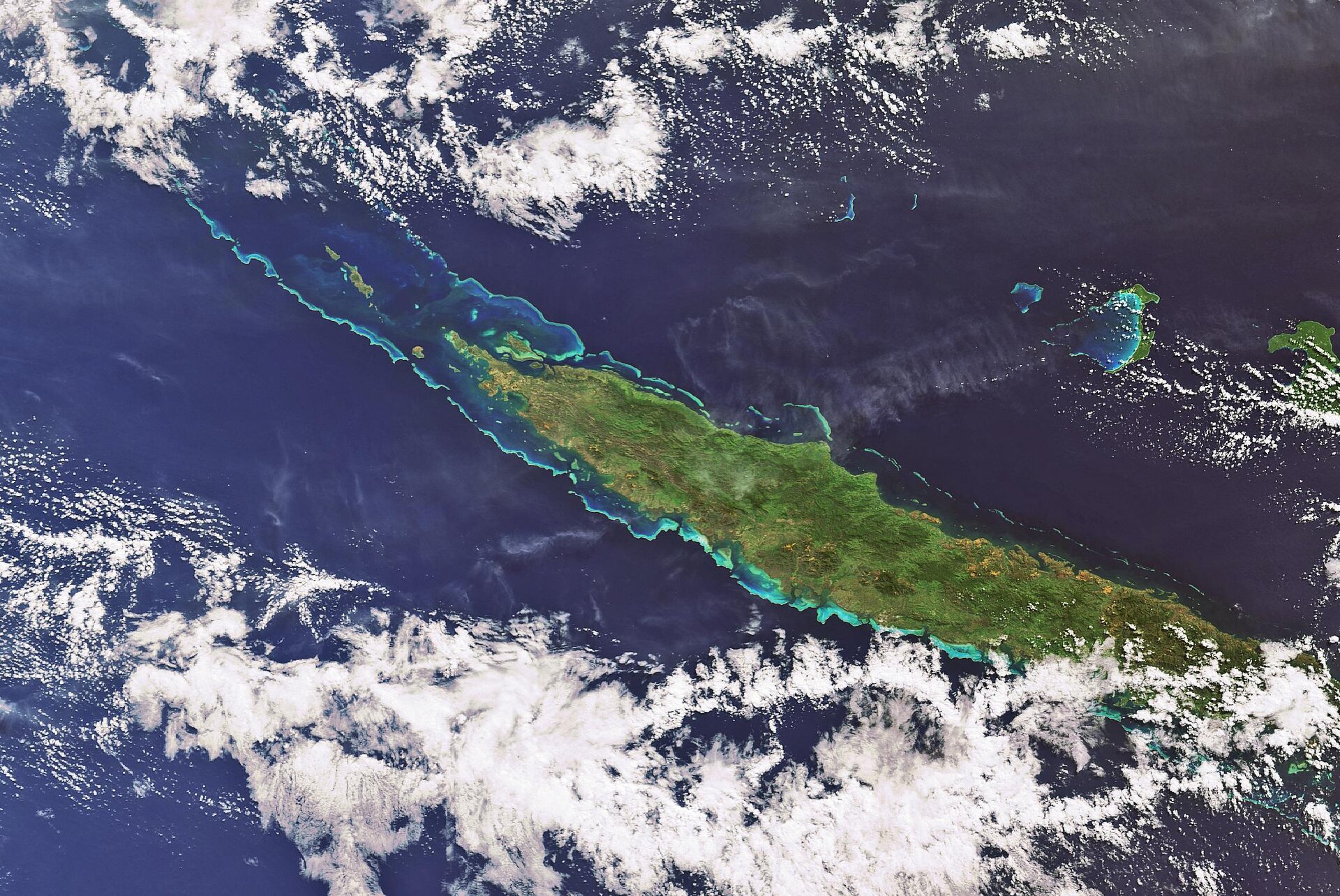 Grande Terre, the main island of the French territory of New Caledonia, is highlighted in this Envisat image. Grande Terre is a long, narrow island (390 km by 50 km) composed of a mountainous central spine with the eastern side characterised by steep slopes and the western side by lowland plains.

New Caledonia, a fragment of an ancient continent that drifted away some 250 million years ago, is located in the Pacific Ocean about 1500 km from Australia, 1700 km from New Zealand and 20 000 km from France.

The main island is surrounded by an extensive barrier reef system — the second largest after Australia's Great Barrier Reef – that can be as close as a few kilometres from the coast in some places and as far as 65 km in others with an average depth of 40 m. The barrier reef extends beyond Grande Terre and forms an extensive lagoon that covers an area of around 24 000 sq km.

Covering an area of 1970 sq km, the Loyalty Islands are the second largest territorial unit of New Caledonia. Unlike the landmass of Grande Terre, the Loyalty Islands are the uplifted remains of former coral reefs and atolls that formed over volcanoes. There are three main islands – Lifou (visible above Grande Terre on the far right), Mare (not seen) and Ouvea (located west of Lifou) – along with the Beautemps-Beaupre Atoll and several smaller islands.