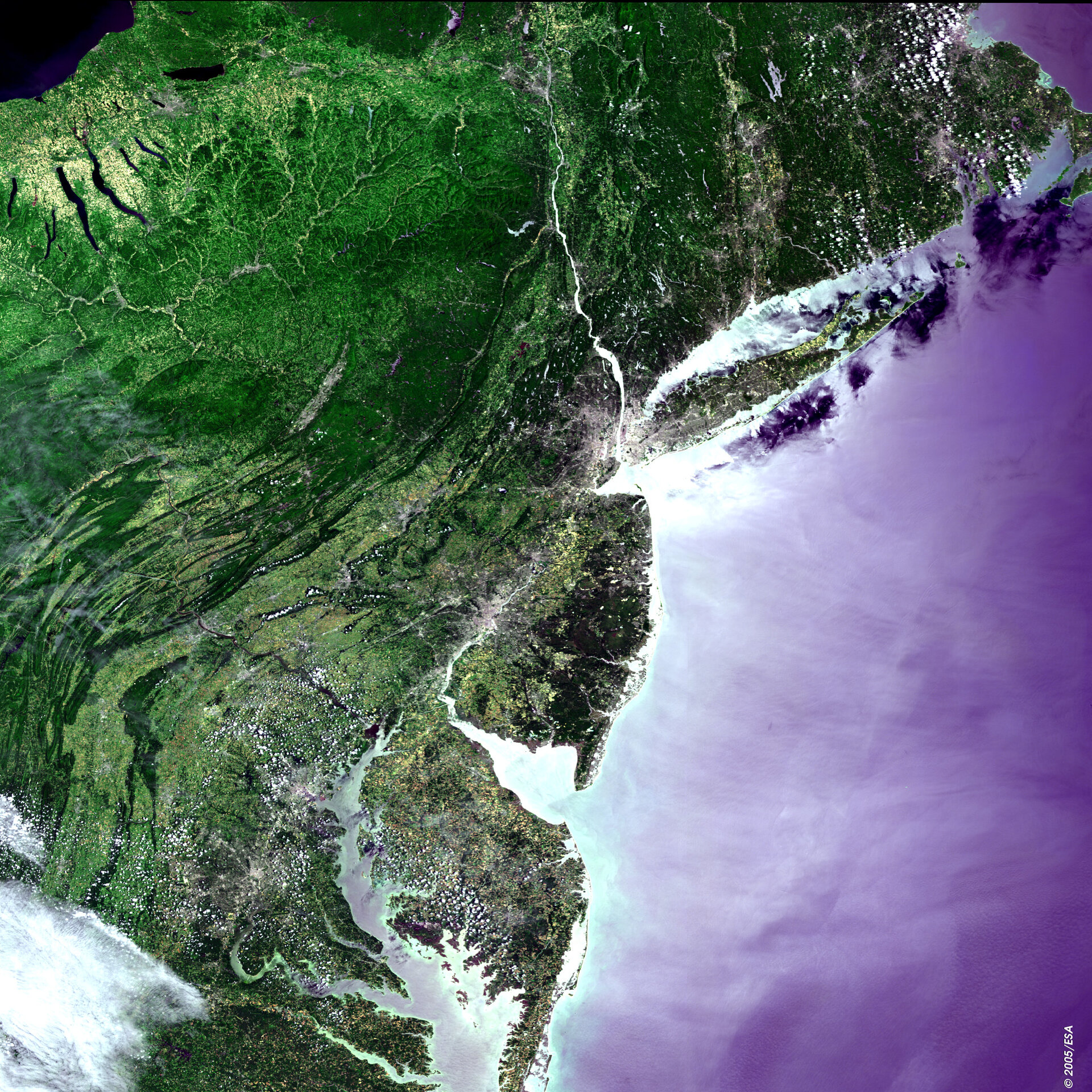 An Envisat view of the East Coast of the United States including the city of New York.

The city is situated along the coast at the mouth of the Hudson River. With an urban population of just over eight million and a metropolitan area of over 21 million it is the largest city in the USA.

Zooming in on the image Staten Island can be seen, and also the borough of Queens occupying the southern part of Long Island. Southwest of New York on the flanks of the Delaware River is located Philadelphia, home to more than 1.5 million people.

Further south past the Delmarva Peninsula of Delaware and Maryland are the cities of Baltimore and Washington DC, the latter being the US capital.

Inland to the west can be observed the valleys and ridges of the Appalachian Mountains. To the north are the Finger Lakes of New York State, and in the top north-western corner of the image is Lake Ontario.

This image was acquired by Envisat's Medium Resolution Imaging Spectrometer (MERIS) on 12 June 2004. It covers a width of 672 kilometres.

Envisat's MERIS sensor acquires optical multispectral imagery of Earth's oceans, land and atmosphere. It and a fellow Envisat instrument were the subject of this week's MERIS and AATSR Workshop. More than 200 Principal Investigators from 30 countries gathered at ESRIN, the European Centre for Earth Observation in Frascati near Rome, for the five-day event that began Monday 26 September.