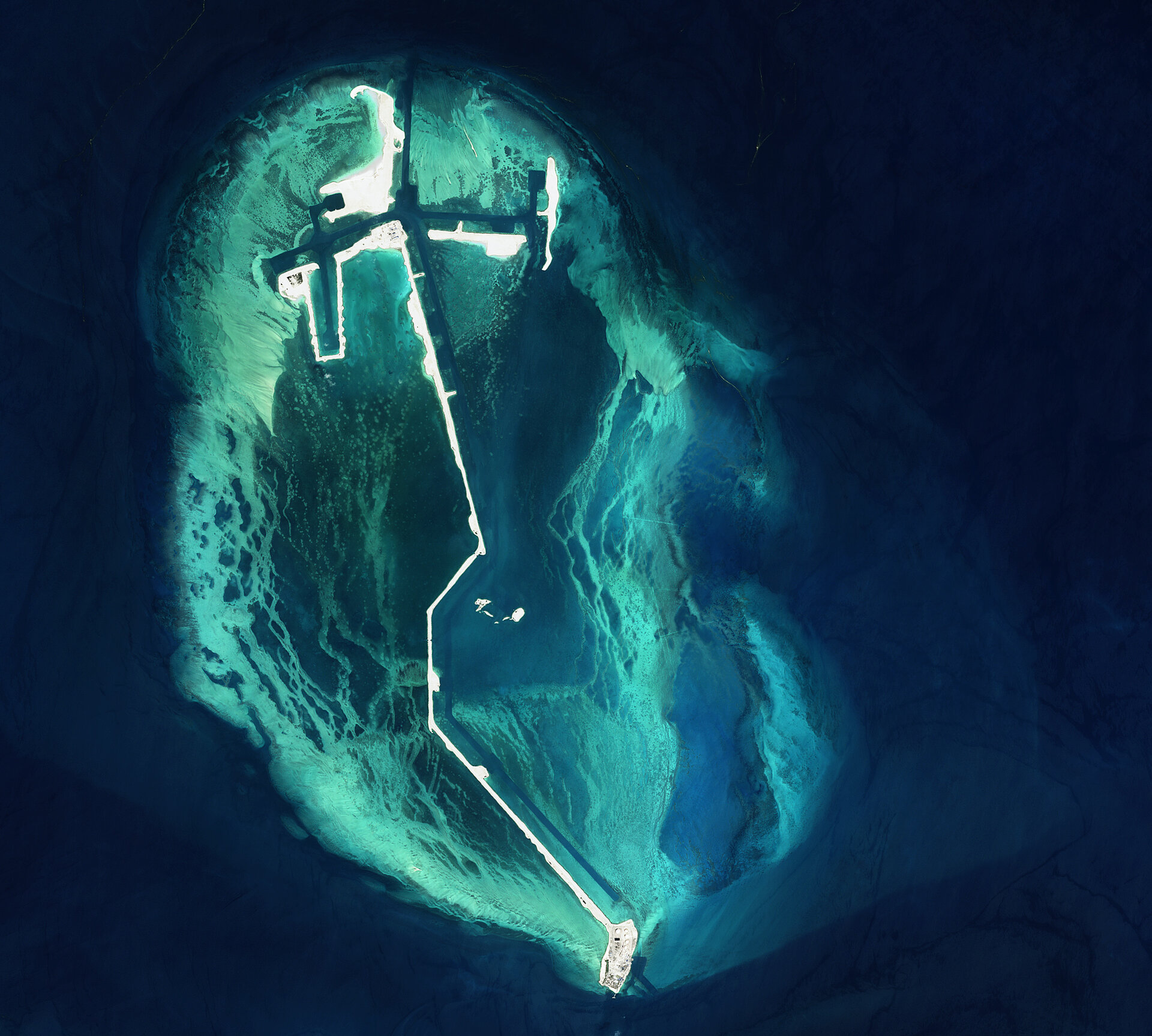 A partly man-made island located in the Persian Gulf some 25 nautical miles northwest of Abu Dhabi is featured in this image acquired by ALOS – Japan's four-tonne Earth observation satellite.

The island was built to hold an offshore oil platform and structures from which oil can be easily loaded onto tankers. It is a very common practice in the area for crude oil to be transported from the mainland onto islands off the coast and then loaded onto oil tankers to be shipped to their destinations.

In order to grant oil vessels access to the oil, channels (visible in dark blue) have been dug along the island. The turquoise and light blue areas visible around the island represent the coral reef typical in the southern Persian Gulf region.

Abu Dhabi, located on a T-shaped island in the gulf, is the capital of the United Arab Emirates (UAE), the world's fifth-largest oil exporter. Abu Dhabi is the biggest oil producer in UAE, as it controls more than 85% of the country’s total oil output capacity and over 90% of its crude reserves.

The UAE, formed in 1971, discovered oil some thirty years ago. Today its oil and gas output accounts for a third of its gross national product. At the current rate of utilisation, these natural reserves are expected to last more than 150 years.

ALOS (Advanced Land Observing Satellite) captured this image on 5 April 2009 with its Advanced Visible and Near Infrared Radiometer type-2 (AVNIR-2) instrument, which is designed to chart land cover and vegetation in visible and near infrared spectral bands with a resolution of 10 m.

ESA is supporting ALOS as a Third Party Mission, which means ESA utilises its multi-mission European ground infrastructure and expertise to acquire, process and distribute data from the satellite to its wide user community. To date, ESA has delivered ALOS data to more than 270 research and application projects, serving some 500 users.