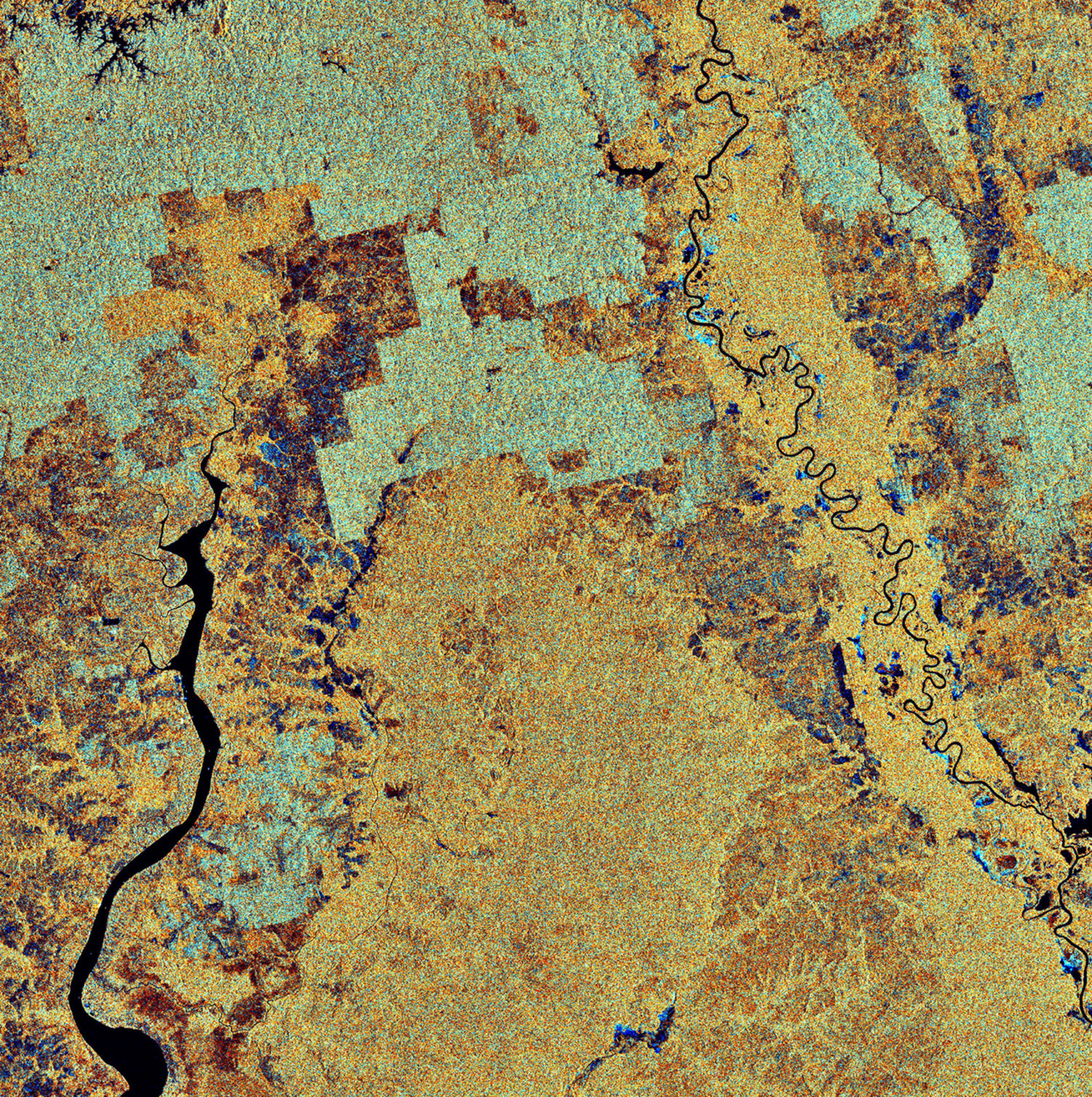 Borneo, the world’s third largest island, was once covered in dense rainforests. However, in the 1980s and 1990s these forests were cleared for their timber at an alarming rate.

Soon after, the global demand for palm oil increased and what was left of Borneo’s forests started being cleared for palm plantations (visible as square green patches).

Palm oil, the most widely produced edible oil, is mostly used in food products, such as breads, ice cream and chocolates, but is also found in commercial items, such as soap, plastic and cosmetics.

One of the reasons its demand has risen so sharply in recent years is because bio-diesel, a product of palm oil, is seen as a green alternative to fossil fuels. However, environmental organisations warn the cost of meeting this demand is devastating to the environment and the global climate.

The palm oil industry is one of the most important factors for the dramatic reduction of orangutan populations, according to WWF International. Scientists estimate that less than 60 000 orangutans remain in the wild on Borneo and Sumatra. The development of these plantations not only reduces their natural habitat, but also gives hunters and traders greater access to these great apes.

The northern part of the Tanjung Puting Biosphere Reserve is visible in the lower centre half of the image between Kumai Bay (left) and the Seruyan River (right). The reserve boasts a large diversity of forest ecosystems and a wealth of biodiversity, including the world’s most endangered species of orangutans.