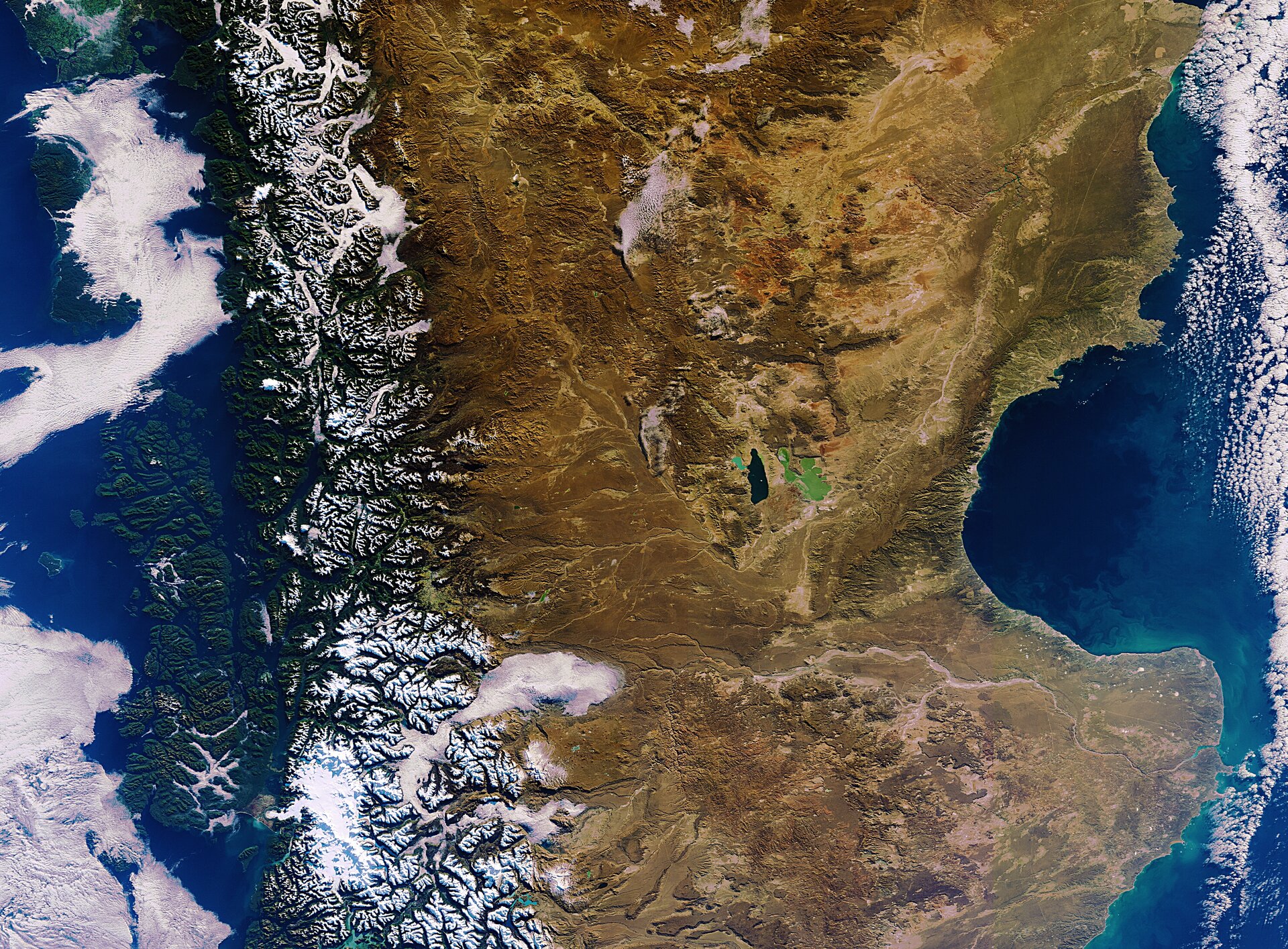 This Envisat image is dominated by southern Argentina, with the mountainous terrain of the Andes in Chile to the west (left).

The lush, snow-capped mountains slope into the arid inland areas of Argentina’s Chubut province and neighbouring Santa Cruz province to its south – home to a series of plateaus and depressions.

In the centre, two lakes in Argentina’s Chubut province are visible. Lake Musters’ depth of about 20 m gives it a dark hue, while Lake Colhué Huapi fills a shallow depression, about 2 m deep.

The inlet cutting into the east coast of Argentina is the San Jorge Gulf, measuring about 228 km at its mouth. Along its innermost coast lies Comodoro Rivadavia, a city famous for its lobsters and spider crabs.

The bright white spot in the lower-left corner of the image is the Northern Patagonian Ice Field in southern Chile. Satellite images show that the glaciers here have been rapidly retreating over the past years.

This image was acquired on 3 June 2011 by Envisat’s Medium Resolution Imaging Spectrometer.