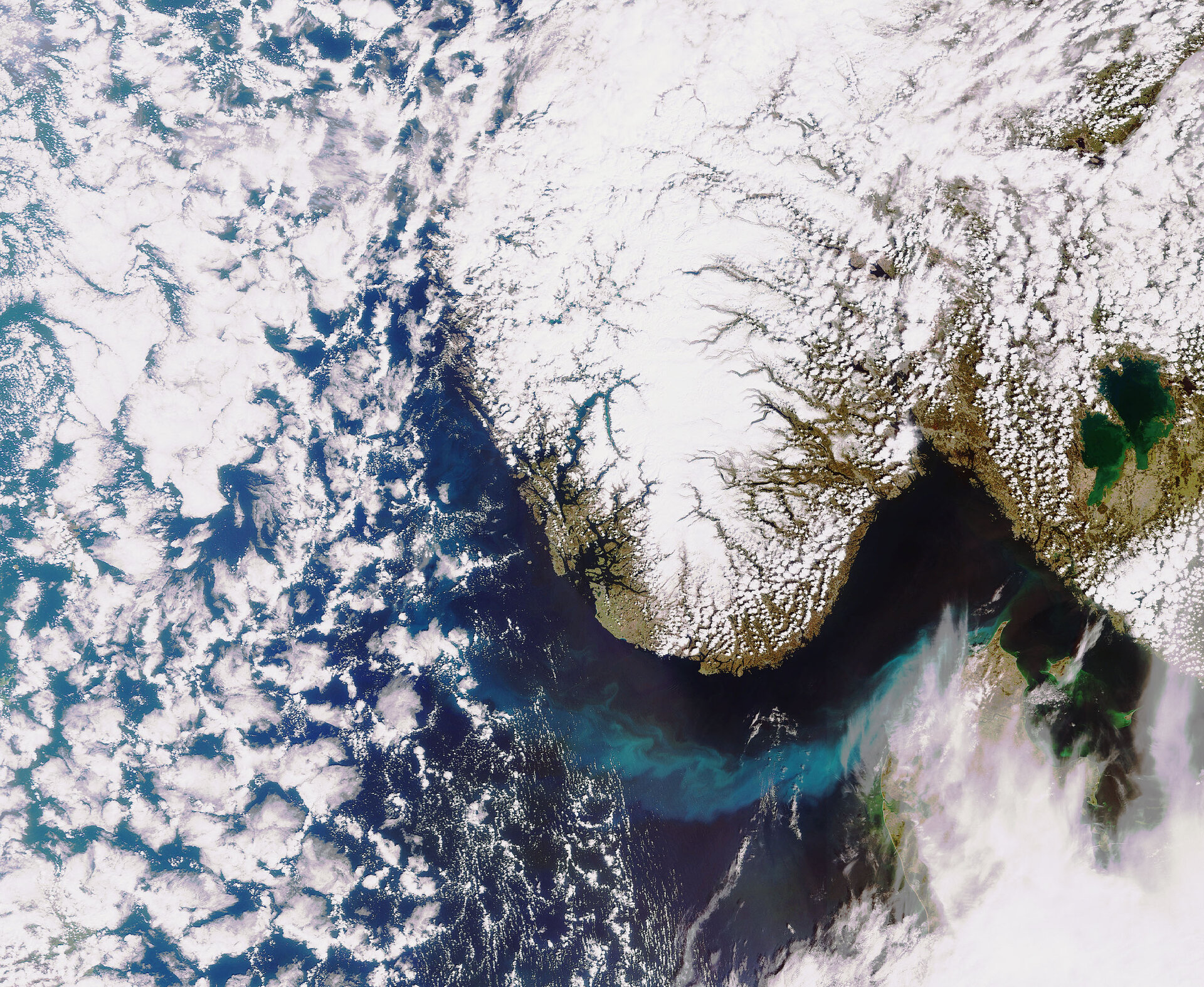 Envisat captures a crescent-shaped string of plankton in the North Sea weaving through the Scandinavian region. Norway (left) and Sweden (right), part of the Scandinavian Peninsula, are visible at the top, and Denmark is at bottom right.

Plankton are able to convert inorganic compounds such as water, nitrogen and carbon into complex organic materials. With their ability to 'digest' these compounds, they are credited with removing as much carbon dioxide from the atmosphere as vegetation on land.

While individually microscopic, the chlorophyll they use for photosynthesis collectively tints the surrounding ocean waters, providing a means of detecting these tiny organisms from space with dedicated 'ocean colour' sensors, like Envisat's Medium Resolution Imaging Spectrometer (MERIS).

The emerald green lake seen in Sweden is Vänern, the country’s largest. The green water around Denmark is due to sediments being transported in the water.

Also visible (image centre) is Norway’s second largest fjord, Hardangerfjord. North of Hardangerfjord is the city of Bergen, which will host ESA’s Living Planet Symposium, 28 June – 2 July 2010. Nearly 1000 scientific researchers and data users are expected to attend the symposium, where they will present results and compare findings of research using data from ESA and other satellites.

MERIS acquired this image on 3 May at a resolution of 300 m.