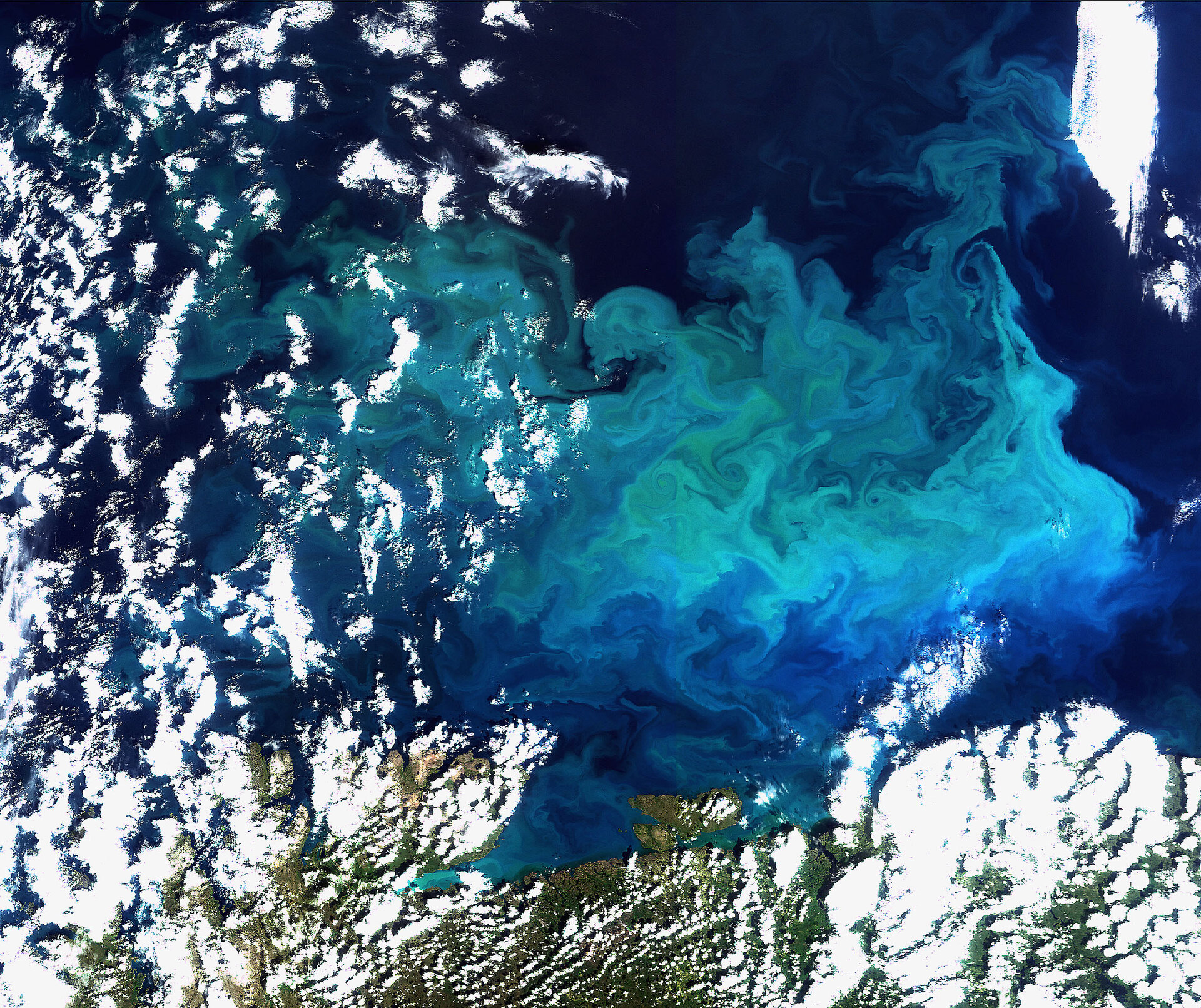 This Envisat image captures a plankton bloom larger than the country of Greece stretching across the Barents Sea off the tip of northern Europe.

The colourful blossoming bloom in the Barents Sea, a rather deep shelf sea with an average depth around 230 m, is approximately 136 In comparison, Greece has a land area of 131 940 sq The land visible across the bottom of the image belongs to Norway (left) and Russia’s Murmansk Oblast.

Since plankton contain photosynthetic chlorophyll pigments, these simple organisms also play a similar role to terrestrial ‘green’ plants in the photosynthetic process. Plankton are able to convert inorganic compounds such as water, nitrogen and carbon into complex organic materials.

With their ability to 'digest' these compounds, they are credited with removing as much carbon dioxide from the atmosphere as their earthbound 'cousins'. As a result, the oceans have a profound influence on climate. Since plankton are a major influence on the amount of carbon in the atmosphere and are sensitive to environmental changes, it is important to monitor and model them into calculations of future climate change.

MERIS acquired this image on 19 August 2009 by while working in Full Resolution mode to provide a spatial resolution of 300 m.