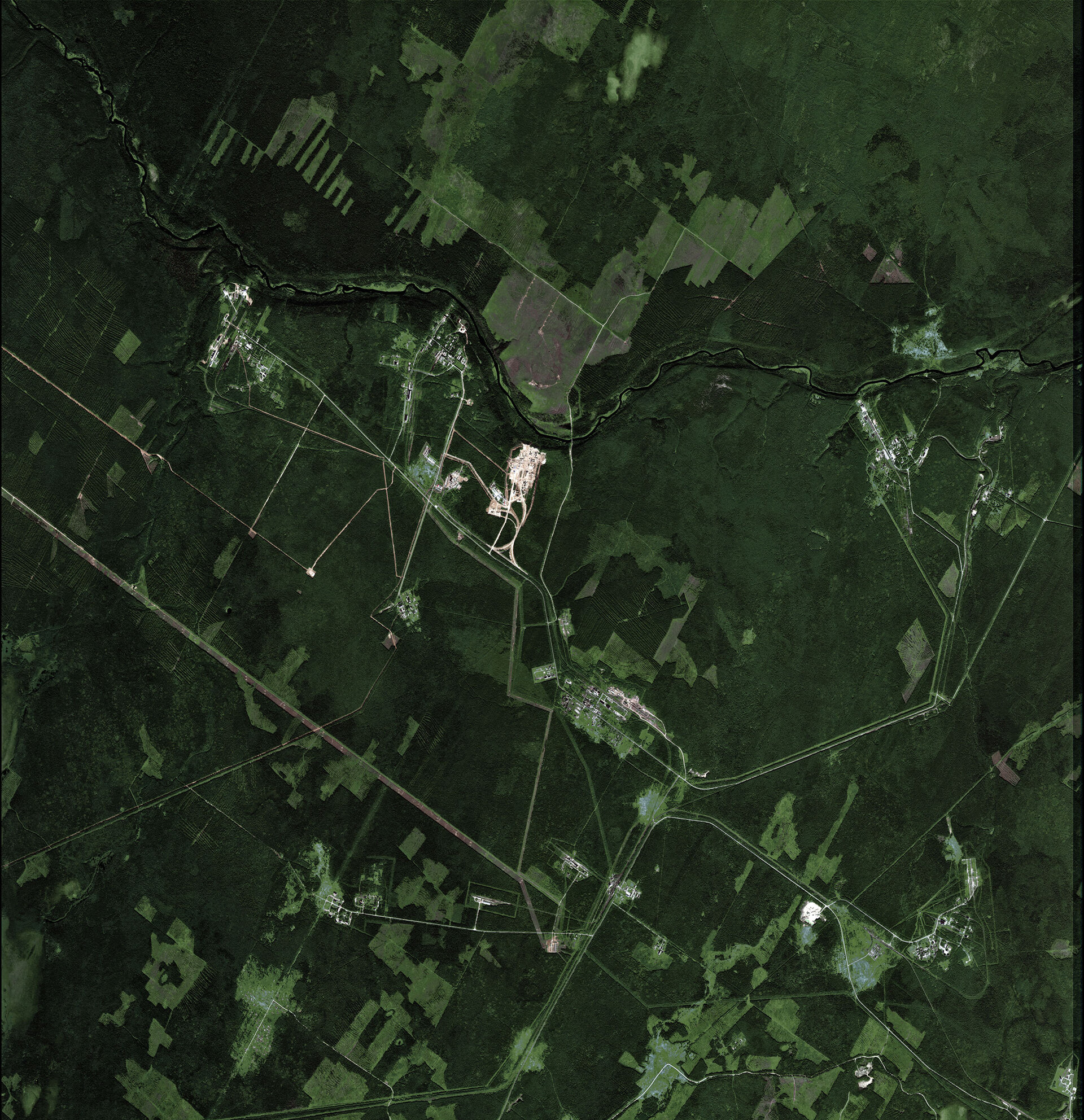 This image shows a part of the vast territory of the Plesetsk Cosmodrome – the only orbital launch site situated within European territory – located in the Archangel region (Arkhangelsk Oblast) of northern Russia.

Surrounded by boreal forest, the Severnaya River is visible flowing across the top. The city of Plesetsk is situated some 30 km southwest of the large bend in the river.

Plesetsk was founded as the world’s first operational intercontinental ballistic missile base. At the end of the 1950s, four launch complexes were built there for the Semyorka R-7 launcher that continues today as the Soyuz manned vehicle.

In the early 1960s Russia needed a launch site that could reach militarily-useful polar orbits that were inaccessible from Russia’s main site at Baikonur in Kazakhstan.

The job of selecting a site for a northern cosmodrome began at the beginning of 1962. On 2 January 1963, Plesetsk was made a cosmodrome by presidential decree.

Until 1983, the very existence of Plesetsk was a state secret, but after the end of the Cold War it was opened up for commercial launch services. Today, Soyuz, Cosmos-3M, Rockot and Tsyklon vehicles are flown from Plesetsk.

GOCE, ESA’s first Earth Explorer mission, is planned to be launched from the cosmodrome on Monday 16 March 2009. GOCE will map Earth’s gravity field in unprecedented detail. The data GOCE delivers will advance our understanding of global ocean circulation patterns and climate change.

The spacecraft will be launched into a Sun-synchronous, near-circular polar orbit by a Russian Rockot vehicle at 17:21 local time (15:21 CET).

This image was acquired by Korea’s Kompsat-2 on 27 June 2007. ESA is supporting Kompsat-2 as a so-called 'Third Party Mission', which means ESA utilises its multi-mission European ground infrastructure to acquire, process and distribute data from the satellite to its wide scientific user community.