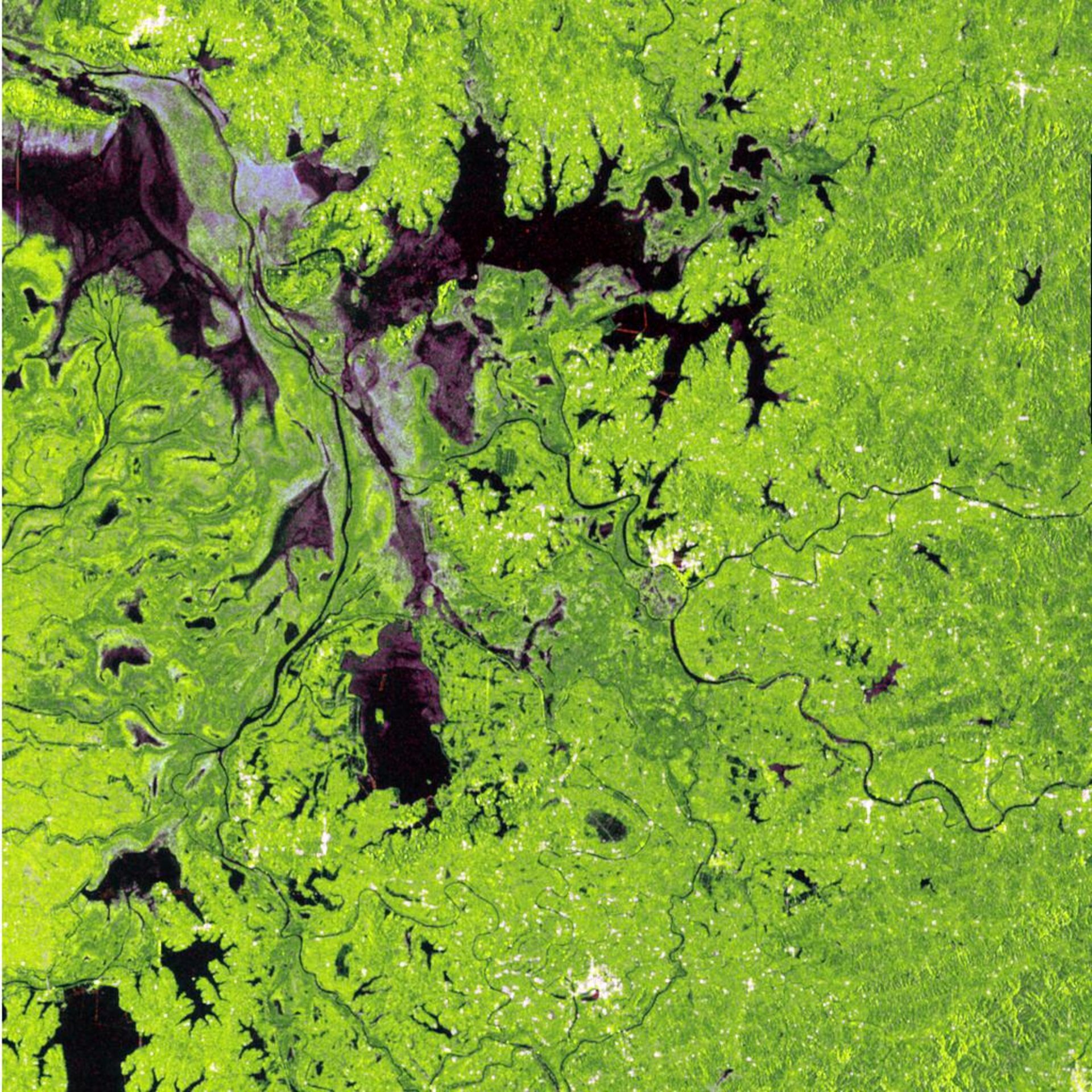 This Envisat image shows the patchy waters of Poyang Lake (Poyang Hu) in winter. In summer it is the largest freshwater body in China but in the dry season Poyang Lake shrinks back to less than a third of its former size.

Poyang Lake is situated in Jiangxi Province, around 50 kilometres north of the city of Nanchang (outside the image). The Lake's basin is one of the People's Republic of China's most important rice-producing regions, but local inhabitants must contend with massive seasonal changes in water level, topped by regular severe floods.

Poyang Lake is connected to the Yangtze (Chiang Jiang) River through a narrow channel, exiting at the top left corner of the image. By the end of the rainy season the Lake can extend up to 3500 square km in area, but during the dry season it may shrink to under 1000 square km.

The receding waters leave behind a system of wetlands and mudflats which attract up to half a million migratory waterfowl, including such rare species as Siberian and White-naped Cranes.

ASAR is sensitive to water or waterlogged surfaces, which show up as dark because radar signals bounce away off flat water surfaces. Built-up areas appear brighter because they reflect radar signals straight back towards the sensor antenna.

Examples here include the city of Duchang, located towards top left (note also an apparent bridge across the water to its southwest, with more bridges visible in red elsewhere), the town of Poyang just right of the image centre, and Yugan towards the image base.

This image was acquired on 29 December 2005 by Envisat's ASAR operating in Alternating Polarisation (AP) mode, performing a simultaneous acquisition of data in two radar polarisations to gather added detail. The image has a pixel sampling of 75 m and a width of 82.3 km.