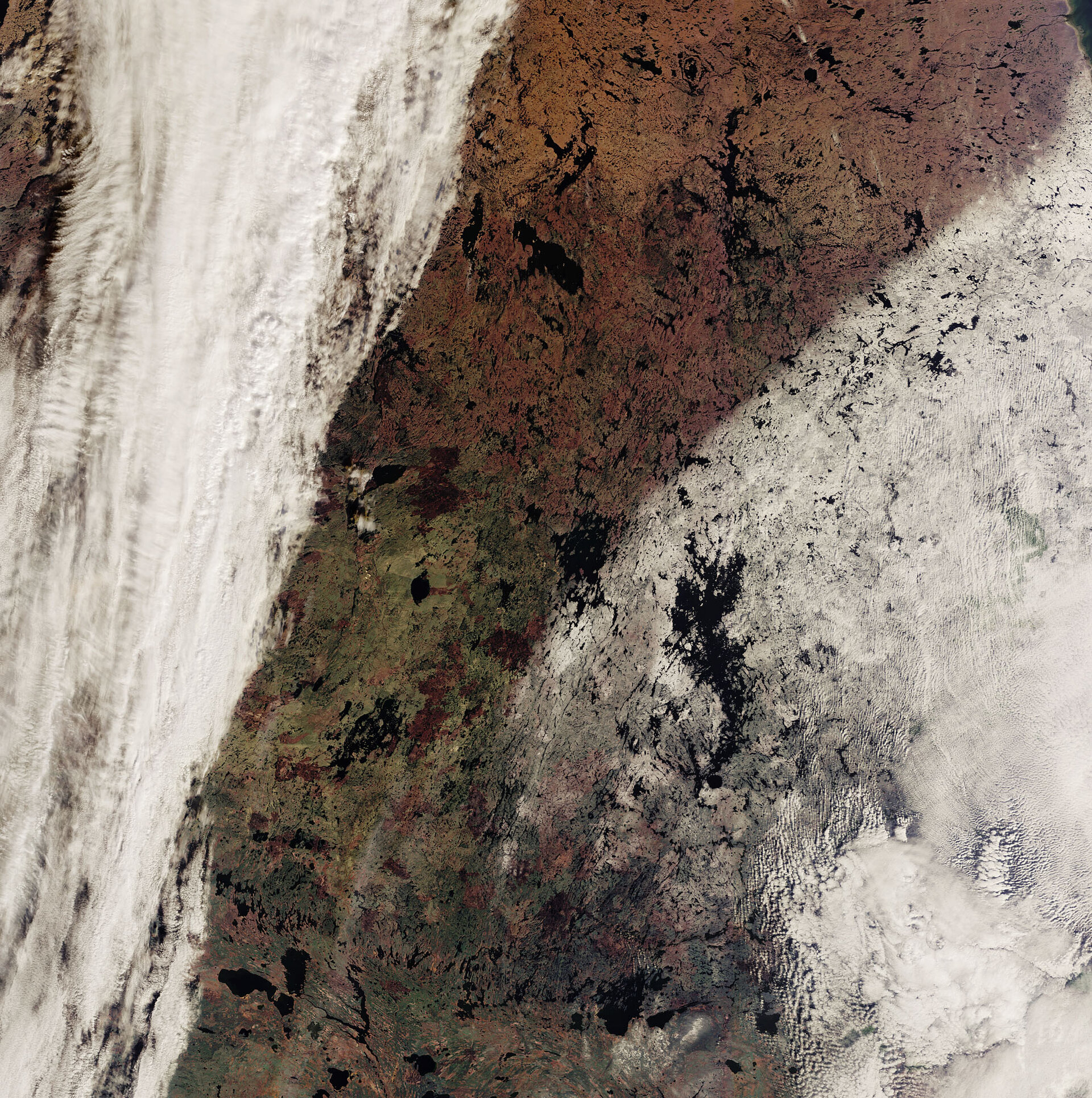 This Envisat image features the contrasting colours of autumn and snow in the northern parts of Canada’s Prairie Provinces, Alberta (left), Saskatchewan (middle) and Manitoba (right). The right side of the image is partly covered with (white) snow, whereas the white colour on the western (left) side shows clouds.

The plentiful lakes in the area are a result of the last ice age and have formed approximately 10 000 years ago. The irregular shaped Reindeer Lake in the right centre is surrounded by snow and is located on the border of Saskatchewan and Manitoba.

Wollaston Lake in the image centre where the contrasting colours meet, is located northwest of Reindeer Lake in Saskatchewan. It is the world’s largest lake that drains naturally in two directions: one north-westward, the other north-eastward.

The Prairie Provinces make up the great wheat-producing region of Canada, with Saskatchewan being responsible for more than half of the country’s wheat production.

In addition to wheat, the provinces of Saskatchewan and Alberta host rich oil sands, with Alberta’s reserves estimated to be the largest in the world. Alberta’s bitumen-saturated sand deposits represent the equivalent of between 17 and 25 trillion (million million) oil barrels. Extracting the oil from the sands is environmentally highly intrusive and the influence on the eco-system has to be monitored closely.

For this purpose ESA provided Envisat acquisitions of the entire northern oil sand region to Shell Canada and Albian Sands Energy to help them quantify habitat change in various ways and to understand how a habitat may be influenced by the oil sand operations.

The EO information also provided local residents with unbiased information regarding the impact of developments in their communities.

This image was acquired by Envisat's Medium Resolution Imaging Spectrometer (MERIS) instrument on 12 October 2008, working in Full Resolution mode to provide a spatial resolution of 300 metres.