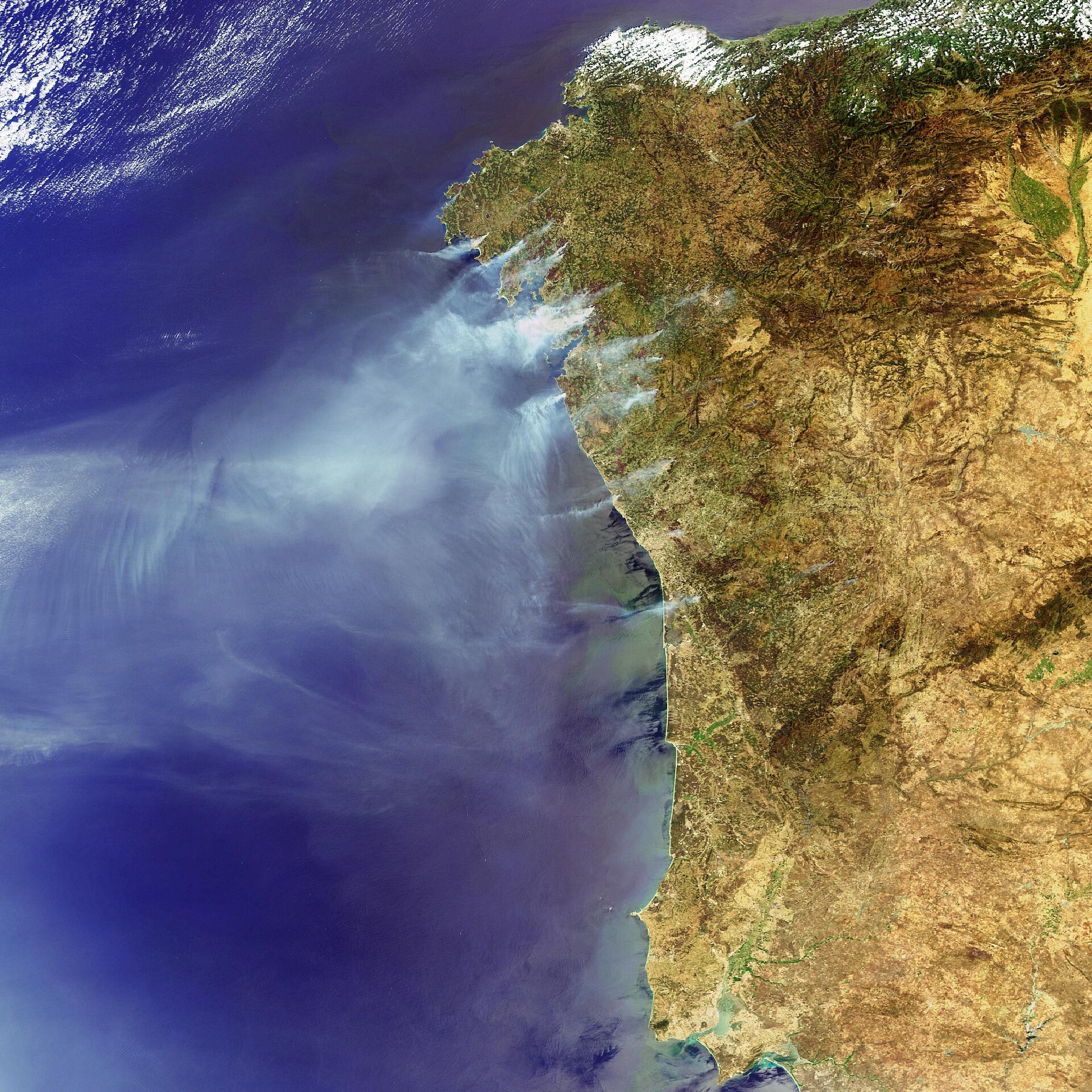 This Envisat image taken on 9 August 2006 captures some of the fires raging across north-western Spain and Portugal.

The fires in Spain, which have been burning since last week, have mainly occurred in the port city of Vigo and the medieval city of Santiago de Compostela in the region of Galicia, charring more than 10 000 hectares of forest. As of Thursday 10 August, more than 100 fires were reported raging in the area.

Galicia experiences forest fires every year and has one of the most efficient systems to combat forest fires in Spain. This year’s spate of fires, however, has been described by officials as ‘unprecedented,’ according to the local media.

Police say almost half the fires are intentional, and regional prosecutor Alvaro Garcia Ortiz told the Associated Press five suspected arsonists have been arrested in the Galicia area.

In Portugal, fourteen separate fires were reported to be burning in the north and centre over the weekend, with more than 700 fire fighters battling to bring the blazes under control. The northern area near Paredes is among the hardest hit.

Soaring temperatures and tinder dry conditions are partly to blame, however Portuguese authorities are quoted by the local media as saying between 20 and 30 percent of the fires have been deliberately lit.

For a decade now, ESA satellites have been continuously surveying fires burning across the Earth’s surface. Worldwide fire maps based on this data are now available to users online in near-real time through ESA's ATSR World Fire Atlas (WFA).

Temperatures exceeding 312º K (38.85 ºC) are classed as burning fires by ATSR/AATSR, which are capable of detecting fires as small as gas flares from industrial sites because of their high temperature. Fires are detected best during local night, when the surrounding land is cooler.