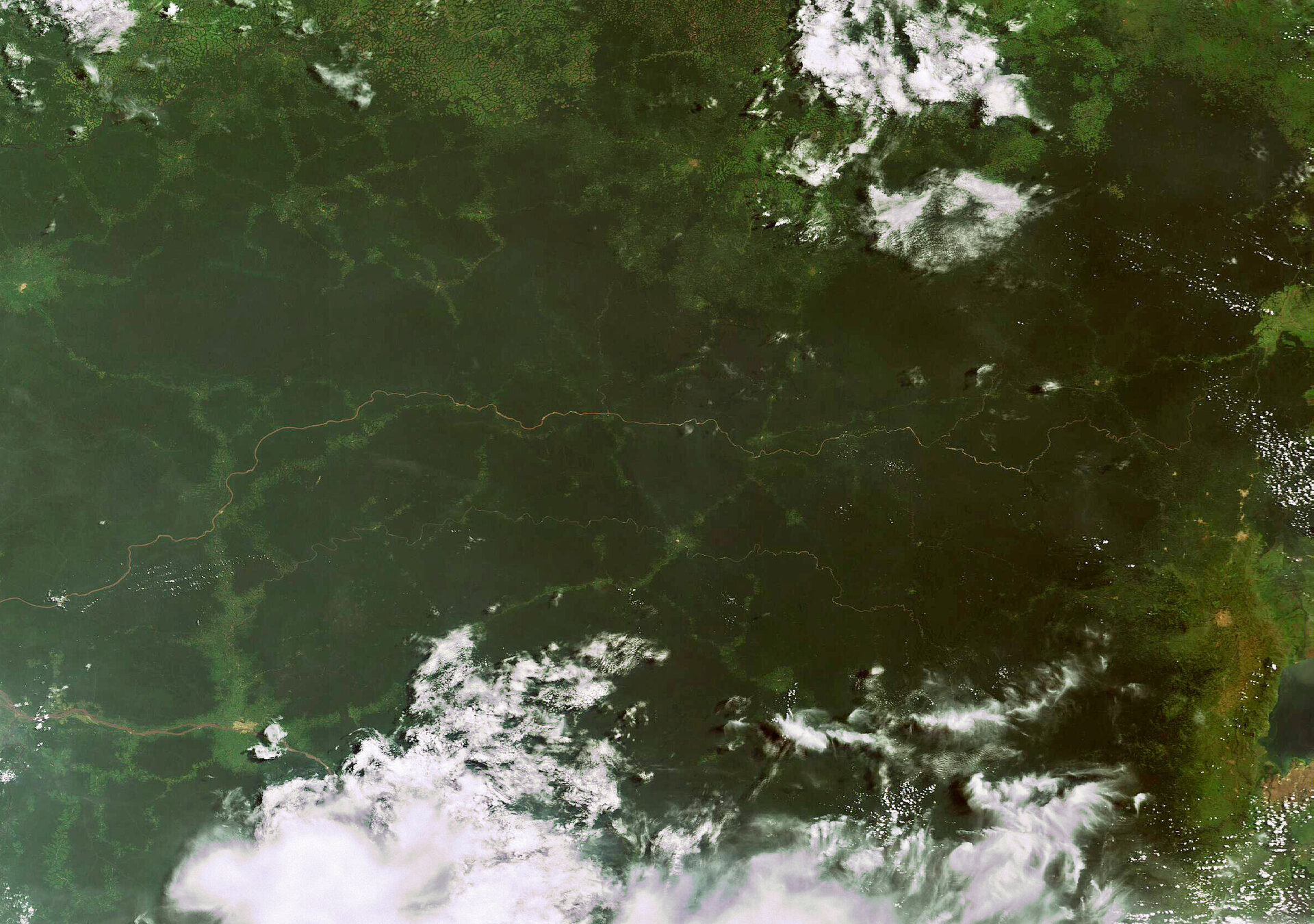 The Congo River (seen flowing in the lower left corner), which flows from Zambia to the Atlantic Ocean, dominates the country. With a length of 4374 km, it is Africa’s second longest river, after the Nile.

Formed in the south of the country, the Congo flows north as far as the city of Kisangani (tan spot visible on the Congo just left of clouds). The river is noted for its enormous basin, which includes all of the DRC and portions of Angola, Zambia, Burundi, Rwanda, Central African Republic, the Republic of the Congo and Cameroon, making it the largest drainage basin in Africa.

The large river visible traversing the centre of the image is the Aruwimi, a tributary of the Congo that is located to the north and east of it. The Aruwimi, which begins as the Ituri River, joins the Congo at the city of Basoko (not visible), for some 1300 km.

As evident in the image, nearly two-thirds of the DRC’s northern area is covered in dense rain forest. The vast extent of its biologically rich forests allows for a high level of biodiversity, with several species of endangered or rare large mammals being found in its forests including the elephant, rhinoceros, gorilla, hippopotamus and pygmy chimpanzee.

Lake Edward (visible in the lower right corner) straddles the border of DRC and Uganda. It is 77-km long, 40-km wide and covers a total surface area of some 2300 sq km, making it the smallest of the Great Lakes of Africa, a series of lakes in and around the Great Rift Valley.

This image was acquired by Envisat's Medium Resolution Imaging Spectrometer (MERIS) instrument on 23 April 2008, working in Full Resolution mode to provide a spatial resolution of 300 metres.