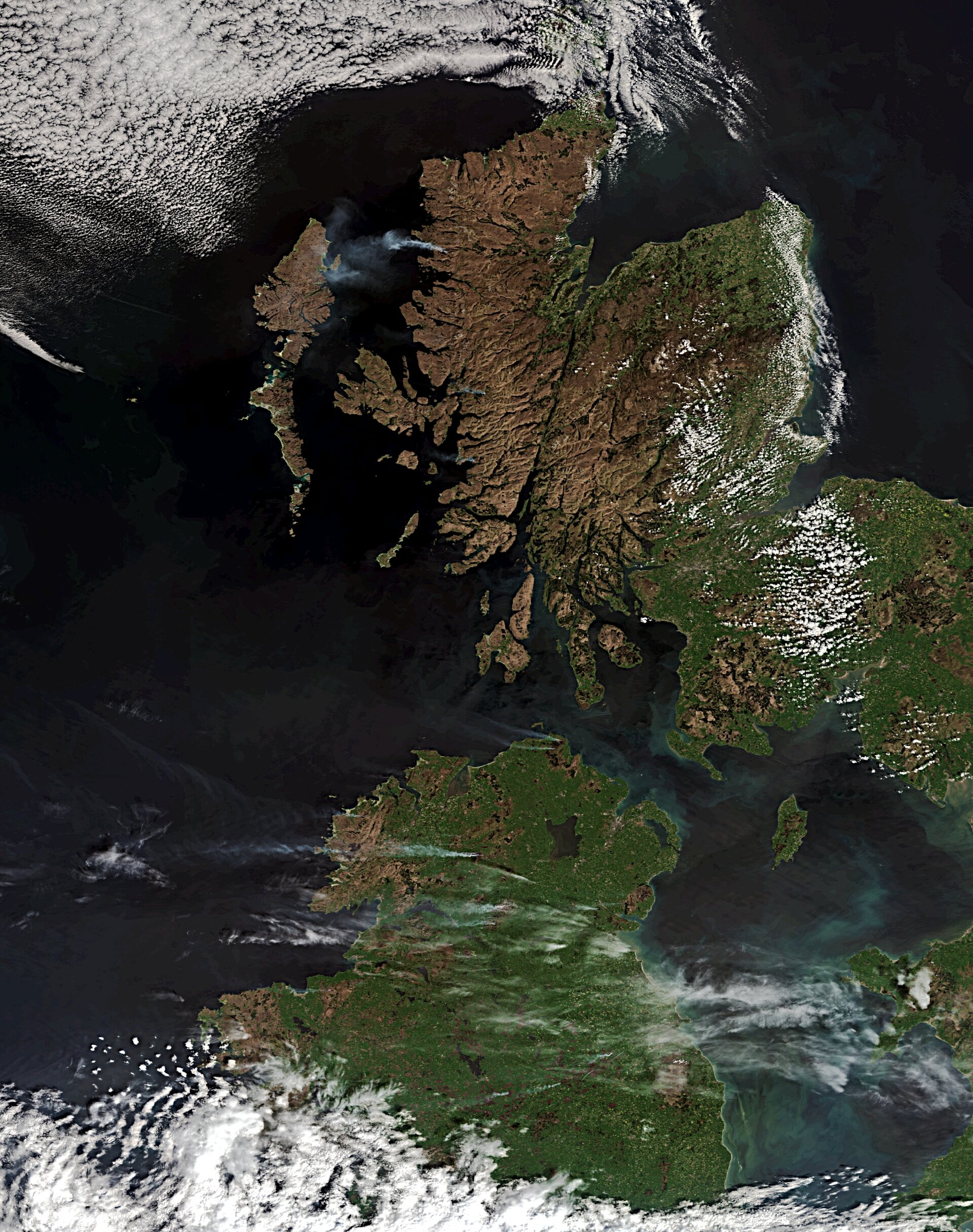 This Envisat image captures an unusually dry Great Britain and Northern Ireland on 2 May, following one of the warmest months on record.

In April, Scotland (top) and Northern Ireland (bottom left) had just two-thirds of the rain normally expected and much higher than normal temperatures.

England (centre right and bottom right) and Wales received just a fifth of the usual rainfall, and had the warmest month since records began more than 350 years ago.

Numerous fires burned across the region amid the unseasonably dry weather and high winds. Smoke can be seen billowing in parts of Scotland and Northern Ireland.

Meteorologists say the weather conditions are due to high-pressure systems sitting over the UK that block westerly winds and weather fronts coming in from the Atlantic Ocean.

The various shades of green and tan in the Irish Sea are due to sediments being transported in the water.

This image was acquired by Envisat’s Medium Resolution Imaging Spectrometer at a resolution of 300 m.