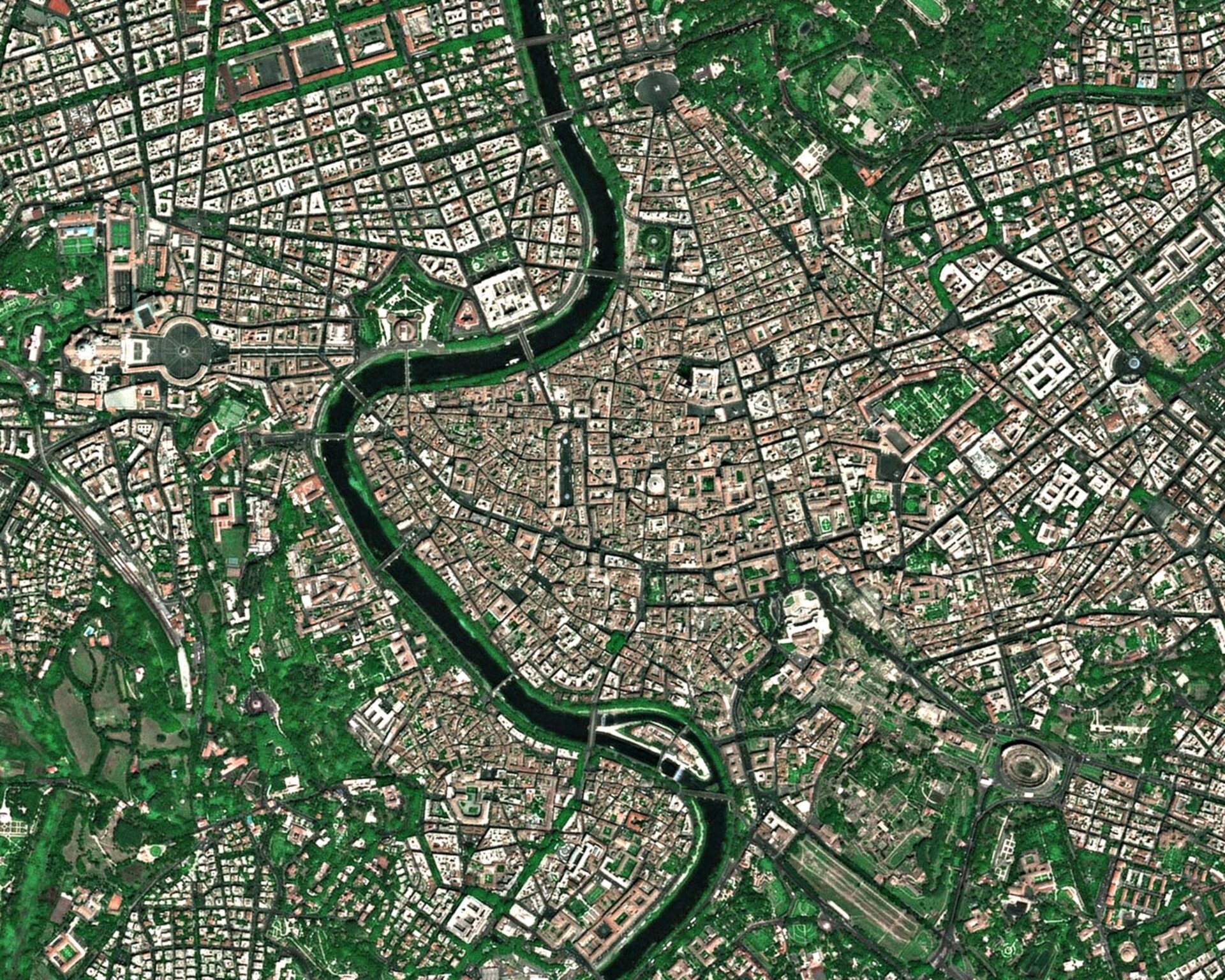 The River Tiber flows through the historic centre of Rome, seen in high-resolution detail by France's Spot 5 satellite. Rome is the ancient capital of Italy and has 2.8 million inhabitants living within its city limits. It also contains the sovereign state of Vatican City.

A large number of world-famous sites are present in this image. The distinctive rounded shape of the Colosseum is visible to the bottom right of the image, adjacent to the ruins of the Roman Forum and the Palatine Hill. Below that is the elongated outline of the Circus Maximus racetrack.

Next to the riverside end of the Circus Maximus track is the boat-shaped Isola Tiberina island, the oldest inhabited part of the city, which has served as a place of healing continuously since Roman times. Follow the Tiber northward to find the Vatican, and the star-shaped Castel St. Angelo nearby, originally the tomb of Emperor Hadrian but later refitted as a fortress.

A little further north and back across the river is the less-well-known circular-shaped Mausoleum of Emperor Augustus, close to the main shopping thoroughfare of Via del Corso, which has the Piazza del Popolo at its northern end and the grandiose Monument to King Vittorio Emanuele II at its southern end.

One further historic Roman site is to be found at the centre of the image: the white open-topped 43.2-metre-diameter dome of the Pantheon, originally a Roman temple built around 27 BC and today a Christian church. After its construction the Pantheon continued to be the world's largest self-supporting dome for the next 1400 years, and is considered one of the most architecturally significant buildings in the world.

The Spot 5 satellite's High-Resolution Visible – Infrared (HRVIR) instrument acquired this five-metre-resolution panchromatic image. The full image has a width of 8.4 km. Spot 5 was built by France's space agency the Centre National d'Etudes spatiales (CNES) and its imagery are distributed commercially by SPOT Image.