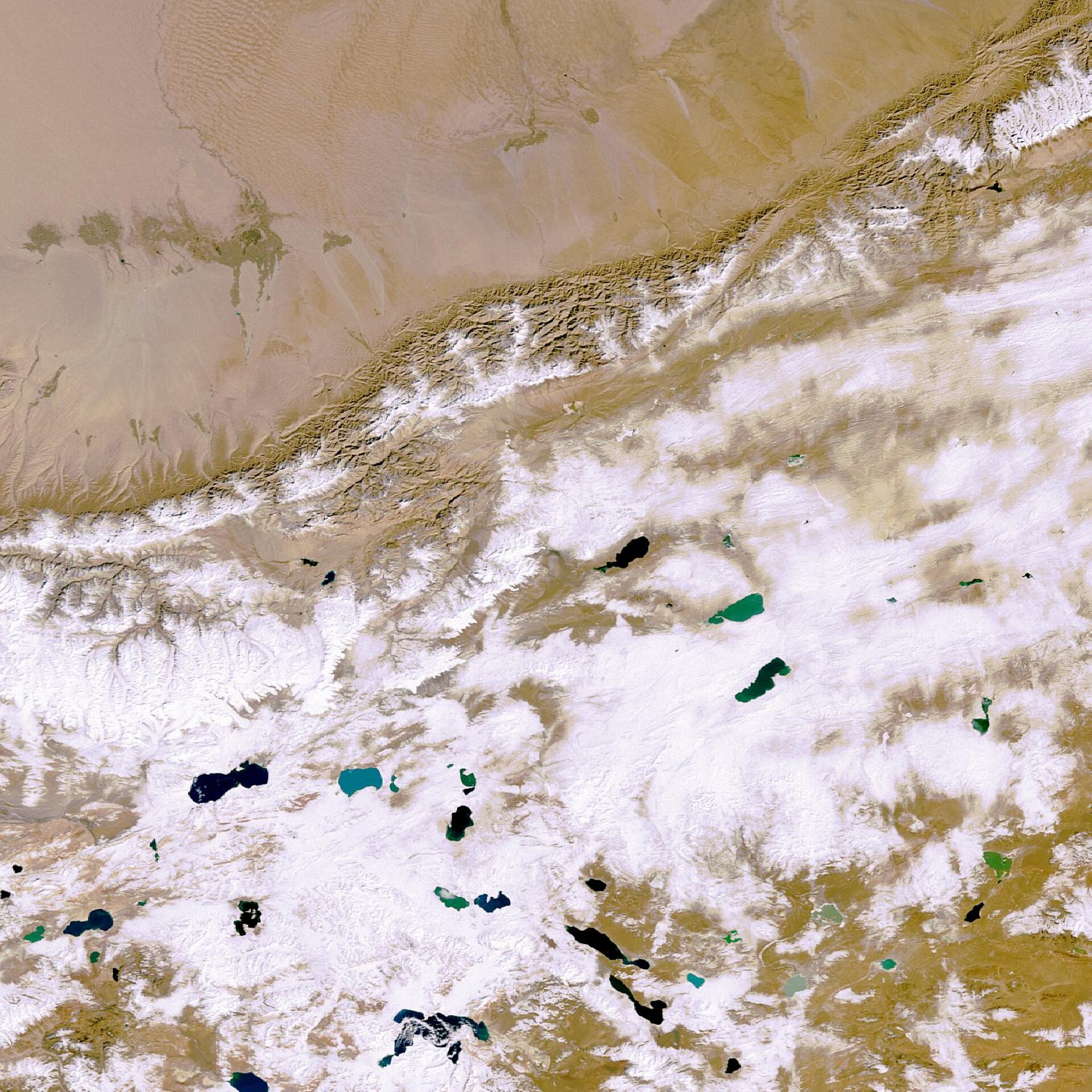 This Envisat image highlights the Tibetan Plateau in East Asia. With an average elevation exceeding 5000 metres and an area of 2,5 million square kilometres, it is the highest and largest plateau on Earth.

The plateau lies between the Kunlun Mountains to the north (shown stretching across the top of the image) and the Himalayas to the south. The Himalayas, included in the Tibetan Plateau, are the world’s highest mountain range and home to the world’s highest peaks – Mt. Everest (8850m) and K2 (8612m). As seen in the image, saline lakes abound in the plateau.

Earth’s highest geological feature, referred to by Tibetans as the ‘roof of the world’, was created by the collision of two tectonic plates, the Indo-Australian and the Eurasian. This process, known as a reverse fault, is believed to have occurred some 55 million years ago when India crashed into Asia, causing the land to crumple and rise.

Because seven of the world’s largest rivers, including the Yangtze and Yellow, begin on the plateau, it is a crucial water source for most of the Asian continent.

This image was acquired by Envisat's Medium Resolution Imaging Spectrometer (MERIS) instrument on 26 October 2006, working in Full Resolution mode to provide a spatial resolution of 300 metres.