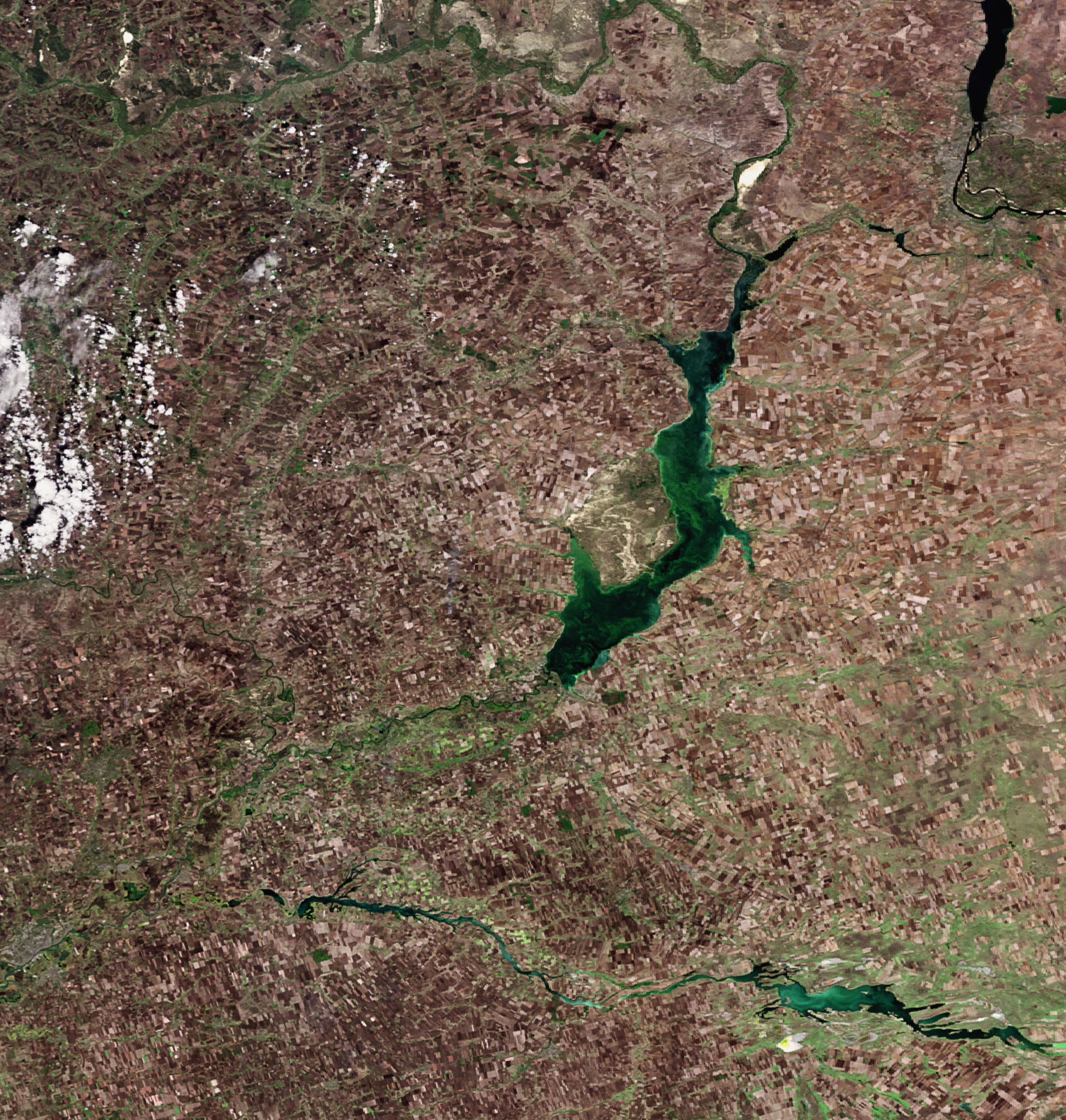 One of Russia’s largest reservoirs, the Tsimlyansk, is highlighted in this Envisat image acquired over southern Russia.

The reservoir is located at the great bend of the Don River near the town of Tsimlyansk in the province of Rostov. It was constructed in the early 1950s to provide hydroelectric power and irrigation water for the agricultural crops along the lower Don River.

The reservoir, about 257 km long with a maximum depth of 36 m, provides flood control for the lower Don River Basin and forms part of a waterway used for shipping materials between the upper and lower Don. With a length of 1 960 km, the Don is one of Europe’s longest rivers.

Many agricultural crops can be seen growing along the river, including wheat, rice, cotton, alfalfa, grapes and other fruits and vegetables. The darker brown areas around the reservoir indicate where crops have already been harvested.

A dam stores water in a reservoir, from which water flows through pipes past electricity-generating turbines. The quantity of electricity produced is determined by the volume of water flow and the height from the top of the turbines to the water surface at the base of the dam.

This image was acquired on 27 September 2008 by Envisat’s Medium Resolution Imaging Spectrometer (MERIS) instrument while working in Full Resolution mode to provide a spatial resolution of 300 metres.