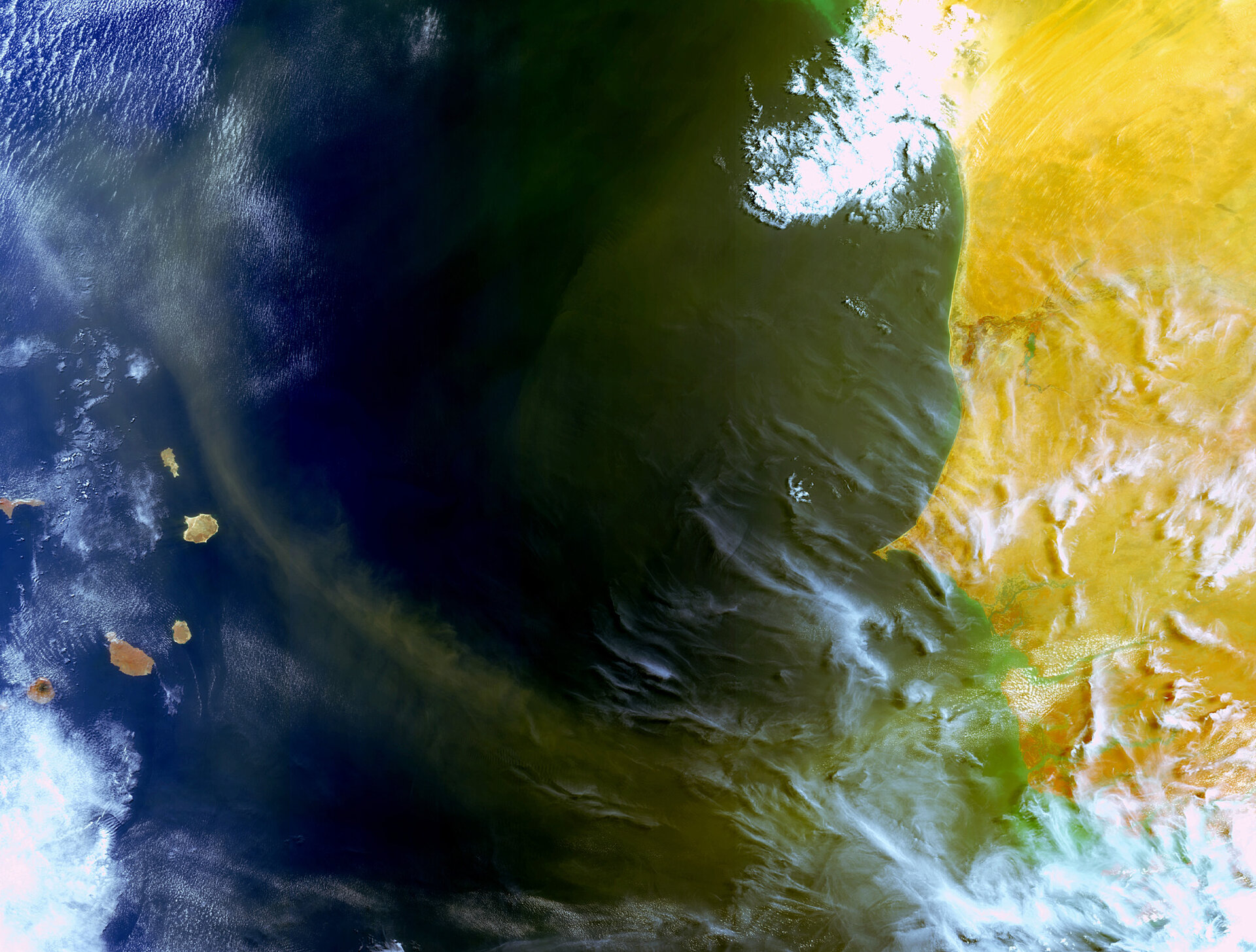 Envisat captures sand and dust from the Sahara Desert blowing west across Mauritania (top), Senegal (middle) and Guinea Bissau (bottom) and over the North Atlantic Ocean before turning in a northerly direction just above the Cape Verde islands.

Wind can move between 60 and 200 million tonnes of fine dust up from the Sahara each year. Convection currents, which also cause other meteorological conditions like thunderstorms, can transport the dust over thousands of kilometres.

Sandstorms are very common over the Sahara, a major source of mineral dust, and large concentrations of it can be found in the tropical Atlantic and the Caribbean.

Envisat’s Medium Resolution Imaging Spectrometer acquired this image on 1 July 2010 at a resolution of 300 m.