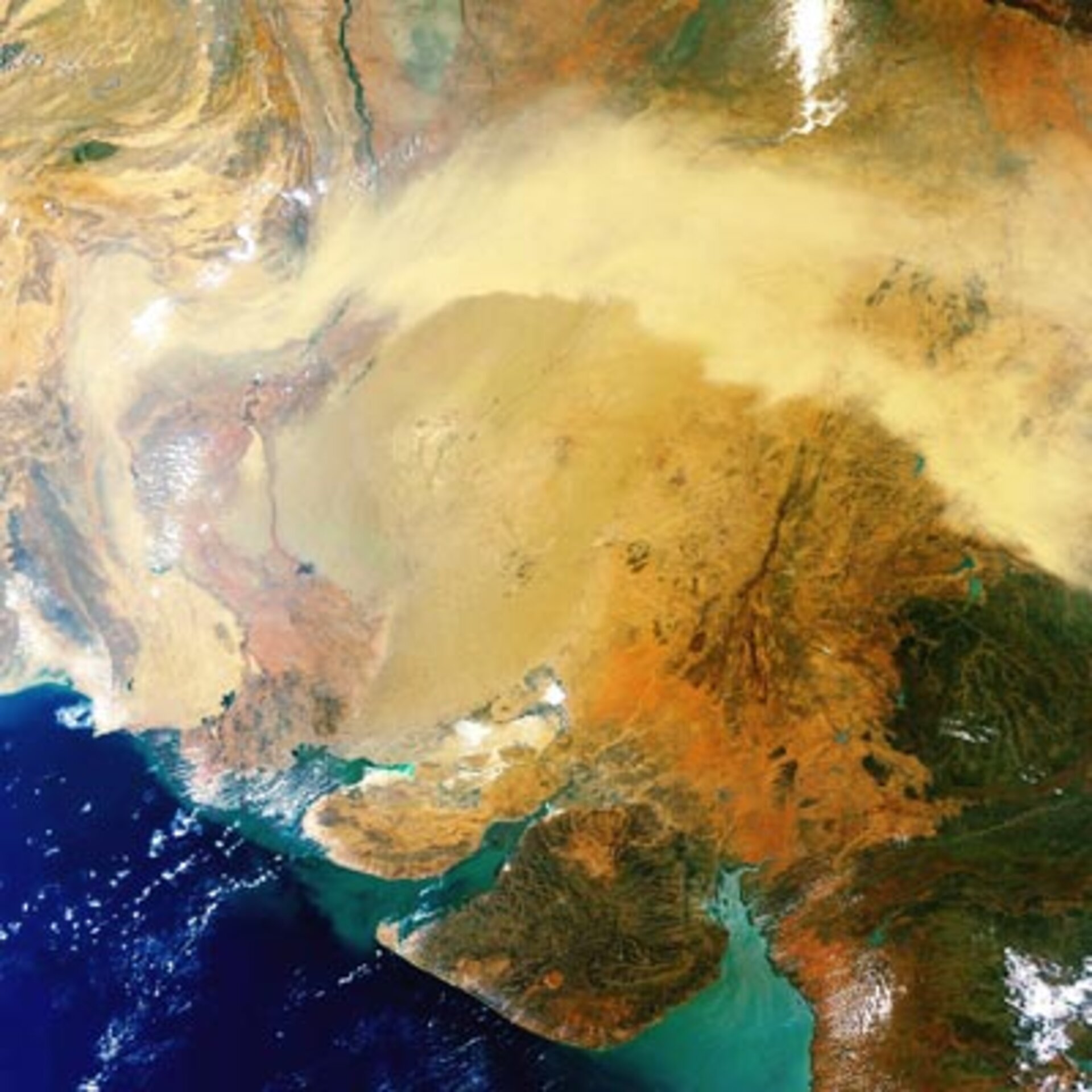 A sandstorm obscures the border zone between Pakistan and India's desert state of Rajasthan in this Envisat image.

Much of the north-western portion of Rajasthan is covered by the inhospitable and thinly-populated Thar or Great Indian Desert, which also extends into Pakistan. Wind-driven sandstorms rising in the Thar are a common feature of the harsh January to June dry season.

South of Rajasthan is the booming coastal state of Gujarat, one of the most industrialised and fastest growing states in the country, birthplace to many famous Indians including Mahatma Ghandi and space pioneer Vikram Sarabhai.

In contrast to the state above it, much of Gujarat is a fertile plain, crossed by several rivers. Sedimentation from some of these rivers can clearly be seen in the Gulf of Khambhat to the east and Gulf of Kachchh to its west, with green shades in the sea. The sudden change from light blue to dark blue in the image is likely to be caused by a relatively sudden change in ocean depth.

Gujarat has around 1600 kilometres of coastline, the longest of any Indian state. Its main industries include include textiles, chemicals and petro-chemicals, and it is also India's main producer of tobacco, cotton and groundnuts. Gujarat's main city is Ahmedabad – the sixth largest city in the country – which is visible in the image as a dark area above the Gulf of Khambhat.

Further west along the coast is seen the salt marsh known as the Rann of Kutch, once a shallow section of the Arabian Sea until it was cut off by geological uplift. Each wet season its salty clay and mudflats are filled with water, serving as breeding grounds for species of birds.

This 10 June 2005 image was acquired by Envisat's Medium Resolution Imaging Spectrometer (MERIS), operating in Reduced Resolution mode to provide a spatial resolution of 1200 metres. The image covers an area of 1943 by 1943 kilometres.