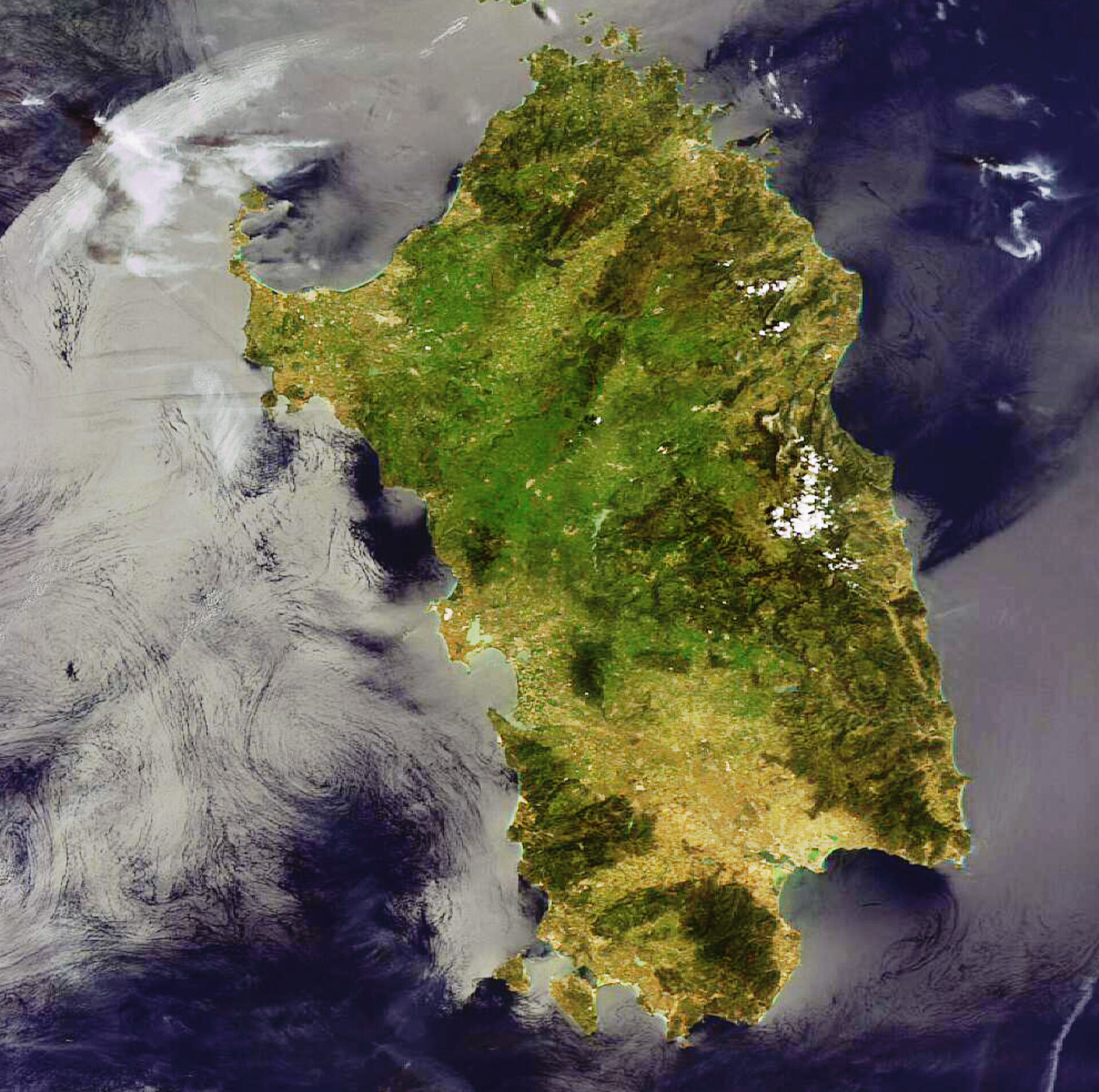 This Envisat image shows the Italian island of Sardinia, situated between the Mediterranean Sea to the west and south, the Tyrrhenian Sea to the east and the Strait of Bonifacio to the north.

Sardinia sits 12 km south of the French island of Corsica (barely visible at image top), 200 km west of the Italian Peninsula and 200 km north of Tunisia.

As visible in the image, valleys and pastures cover more than half of the mostly mountainous island. The mountains are divided into three ranges with the highest peaks located in the middle of the oblong-shaped island.

Sardinia’s capital city Cagliari (visible in hues of green inland from the southern semi-circle coastline), is located in the south on the Gulf of Cagliari, an arm of the Mediterranean, and at the mouth of the Mannu River.

This image was acquired by Envisat's Medium Resolution Imaging Spectrometer (MERIS) instrument on 5 May 2008, working in Full Resolution mode to provide a spatial resolution of 300 metres.