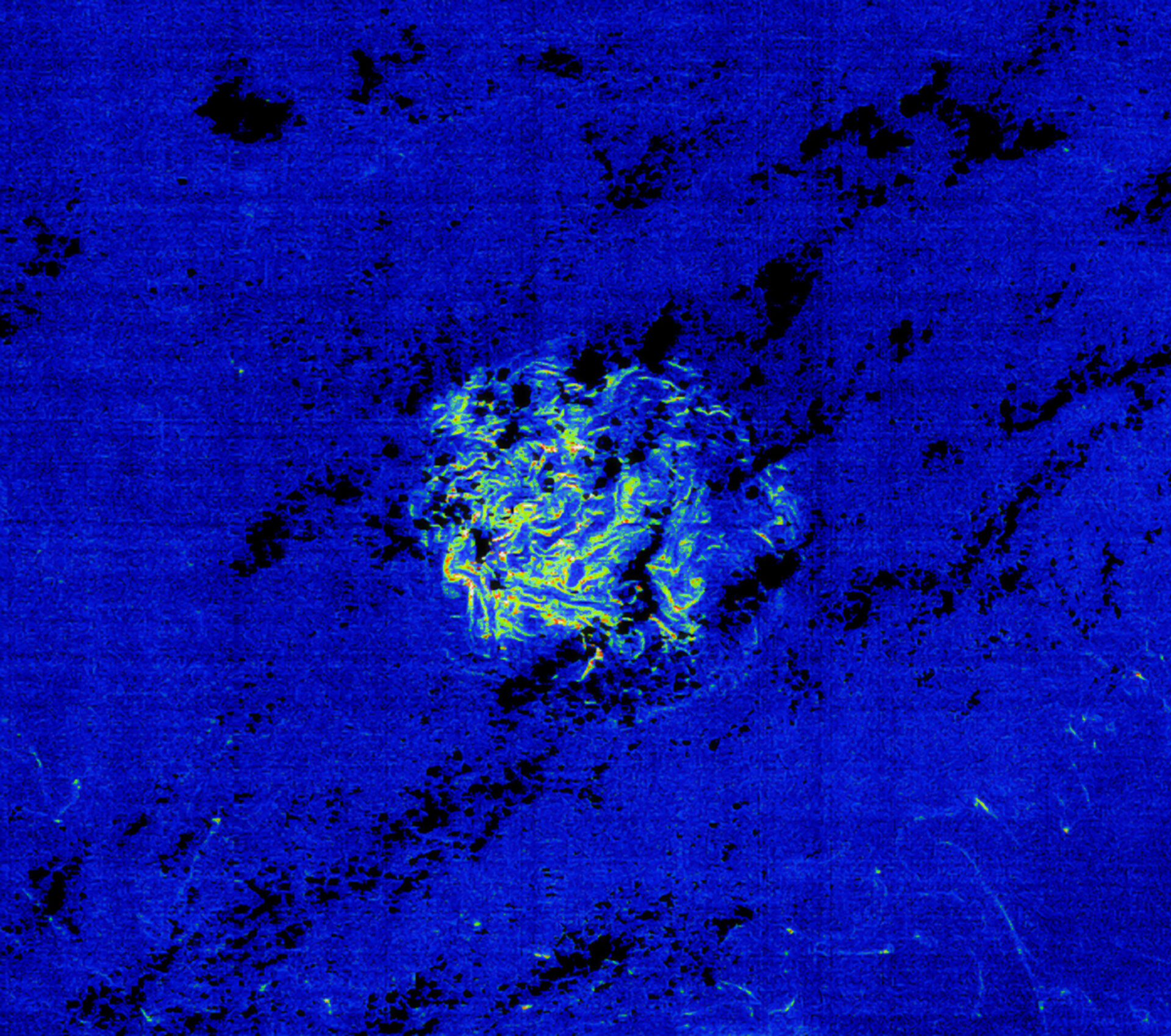 This Envisat image captures a patch of Sargassum – free-floating seaweed often referred to in nautical lore for entangling ships – off the eastern coast of the United States in the North Atlantic.

The first known satellite image of Sargassum was acquired by Envisat’s Medium Resolution Imaging Spectrometer (MERIS) optical sensor in the western Gulf of Mexico during the summer of 2005.

The ability to monitor Sargassum globally allows researchers to understand better the primary productivity of the ocean and better predict climate change.

Sargassum, like other floating marine vegetation, absorbs atmospheric carbon dioxide (CO2) – the most important greenhouse gas that contributes to global warming –through photosynthesis and converts it into organic carbon. This process is known as primary productivity.

Through primary productivity the oceans absorb half of the CO2 emitted into the atmosphere, so they have a profound influence on climate. Increased CO2 absorption amplifies acidity in the water and can lead to a decrease in mussel and crustacean populations in some parts of the world.

Climate modellers are concerned whether the oceans’ ability to soak up CO2 might be impaired as a result of a changing climate. To better understand primary productivity and how oceans respond to global warming, it is necessary to monitor the amount of chlorophyll in marine vegetation.

The MERIS instrument is able to detect chlorophyll, the green photosynthetic compound in plants that captures energy from sunlight necessary for photosynthesis, by using the maximum chlorophyll index (MCI).