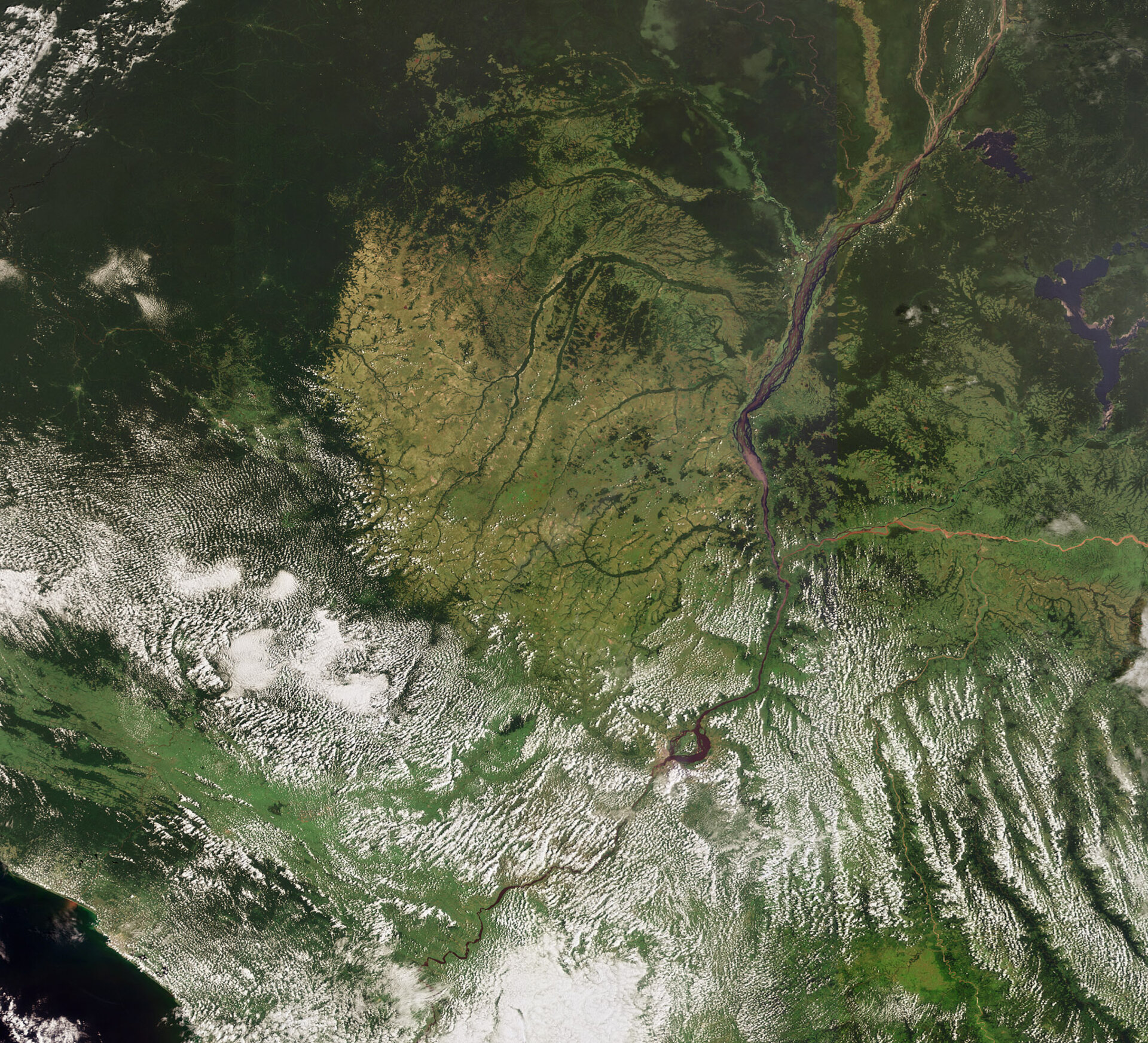 These rainforests have been referred to as the ‘second lungs of the Earth’ (the Amazon’s being the ‘first lungs’) because they absorb large amounts of carbon dioxide and produce oxygen. They are home to a wealth of biodiversity – over 10 000 plant species, 1 000 bird species and 400 mammal species, including three great ape species.

Although much of the forest area remains intact, its future is put at risk by unsustainable timber and mineral extraction, land clearing for agriculture and the building of roads for timber removal.

Satellite images can help to observe the process of sustainable cultivation and to identify illegal land use and deforestation. They can also be used to locate environmentally acceptable routes for timber transportation and suitable areas for afforestation.

The Congo River flows some 4 700 km from its source in Zambia to the Atlantic Ocean (visible in bottom left corner). Its river system is fed by some 10 000 streams and drains an area the size of Europe.

The largest lake in the Democratic Republic of the Congo is Lake Mai As visible, this freshwater lake has an irregular shape. It an area of some 2300 km² and can double or triple in size during the rainy season. The lake northwest of Lake Mai-Ndombe is Lake Tumba.

This image was acquired by Envisat's Medium Resolution Imaging Spectrometer (MERIS) instrument on 14 January 2009, working in Full Resolution mode to provide a spatial resolution of 300 metres.