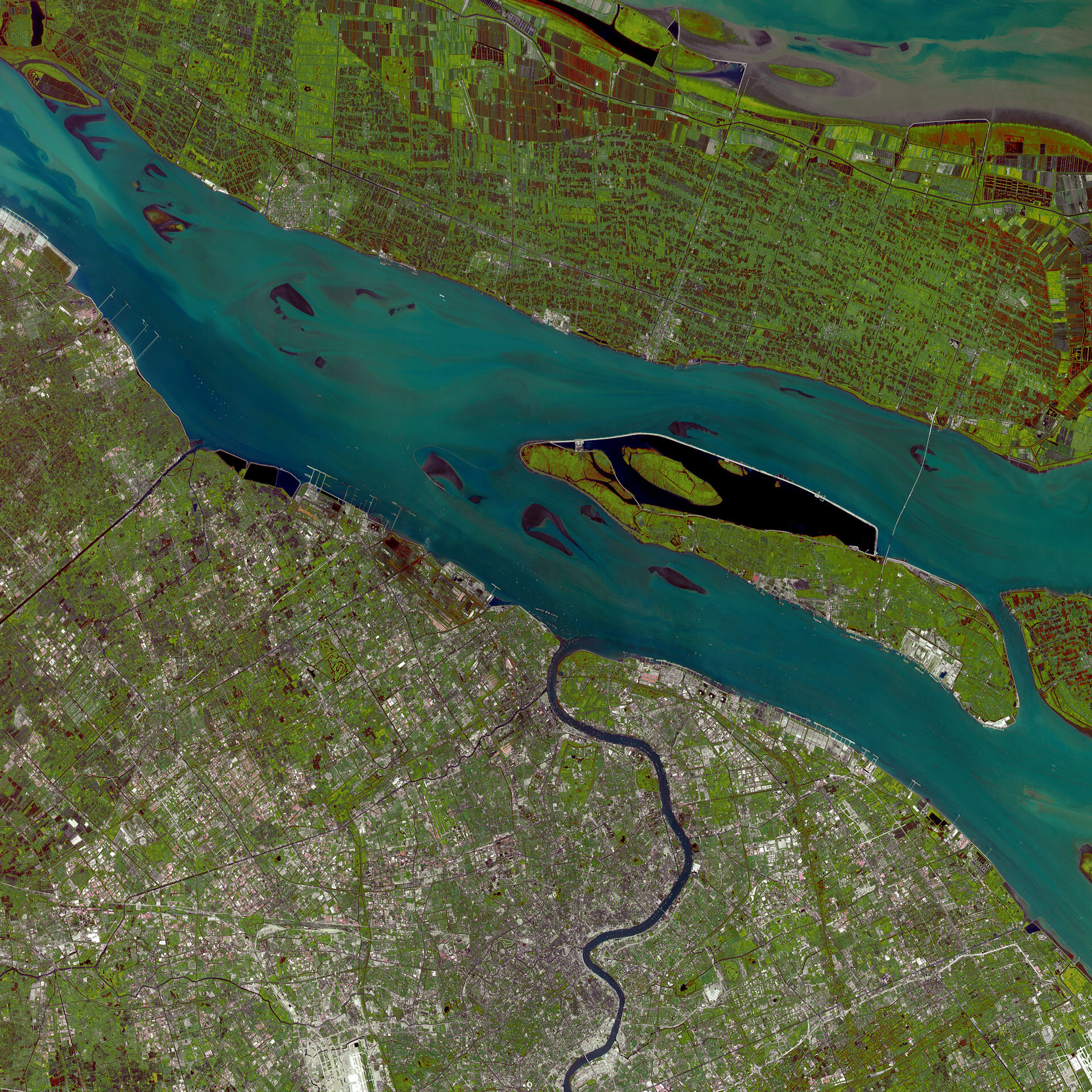 The Chinese city of Shanghai sits at the mouth of the Yangtze River where it empties into the East China Sea.

In recent decades, Shanghai has exploded into a global city of commercial, cultural and financial importance home to over 20 million people. With one of the busiest ports in the world, the city is also one of the country’s main industrial sites.

To the north is Chongming Island and the smaller Changxing Island just below. These are important areas for agriculture – evident in this image by the patchwork of croplands.

The dark area hugging Changxing Island is the Qingcaosha Reservoir. At the time this image was acquired in 2009, the reservoir was still a work in progress. Today, with a capacity of over 400 million cubic metres, it provides tap water for millions of residents.

Authorities recently released tens of thousands of hairy crabs into the river around the reservoir to repair the ecosystem and improve the water quality. They expect the crabs to feed on plankton and the offspring will provide food for fish that are higher on the food chain.

This SPOT-5 image was acquired on 25 June 2009, with a resolution of 10 m. SPOT-5 was built by France's space agency, CNES, and its imagery is distributed commercially by Spot Image.