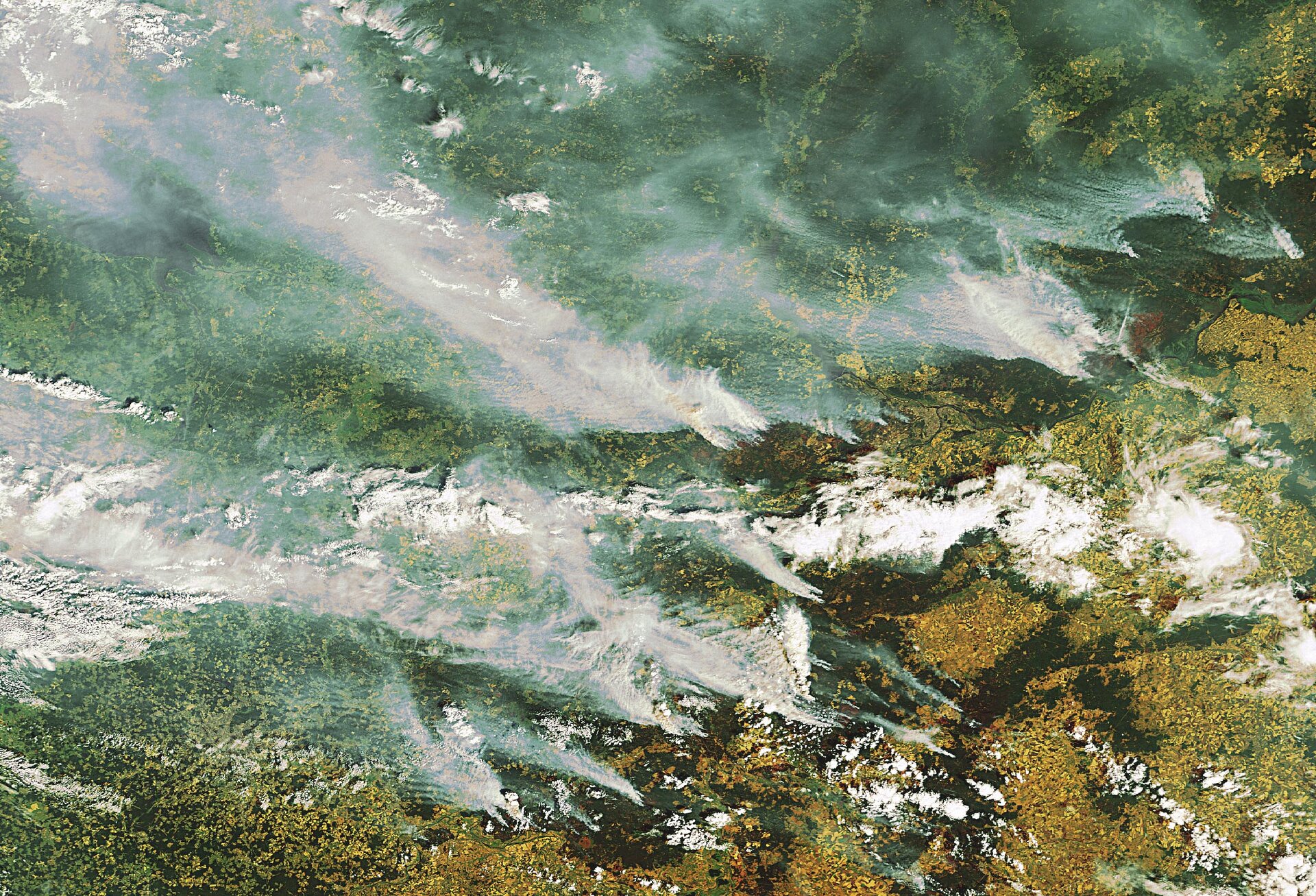 Central Russia and the Moscow region are experiencing their hottest July in history, with record temperatures reaching over 35ºC posing a high fire risk.

The city itself is seen in the bottom left corner of the image. The smoke plumes are stretching over several hundred kilometres and, combined with the normal air pollution in the city, can cause pollution levels ten times the normal levels for the capital.

Envisat’s Medium Resolution Imaging Spectrometer acquired this image on 29 July 2010 at a resolution of 300 m.