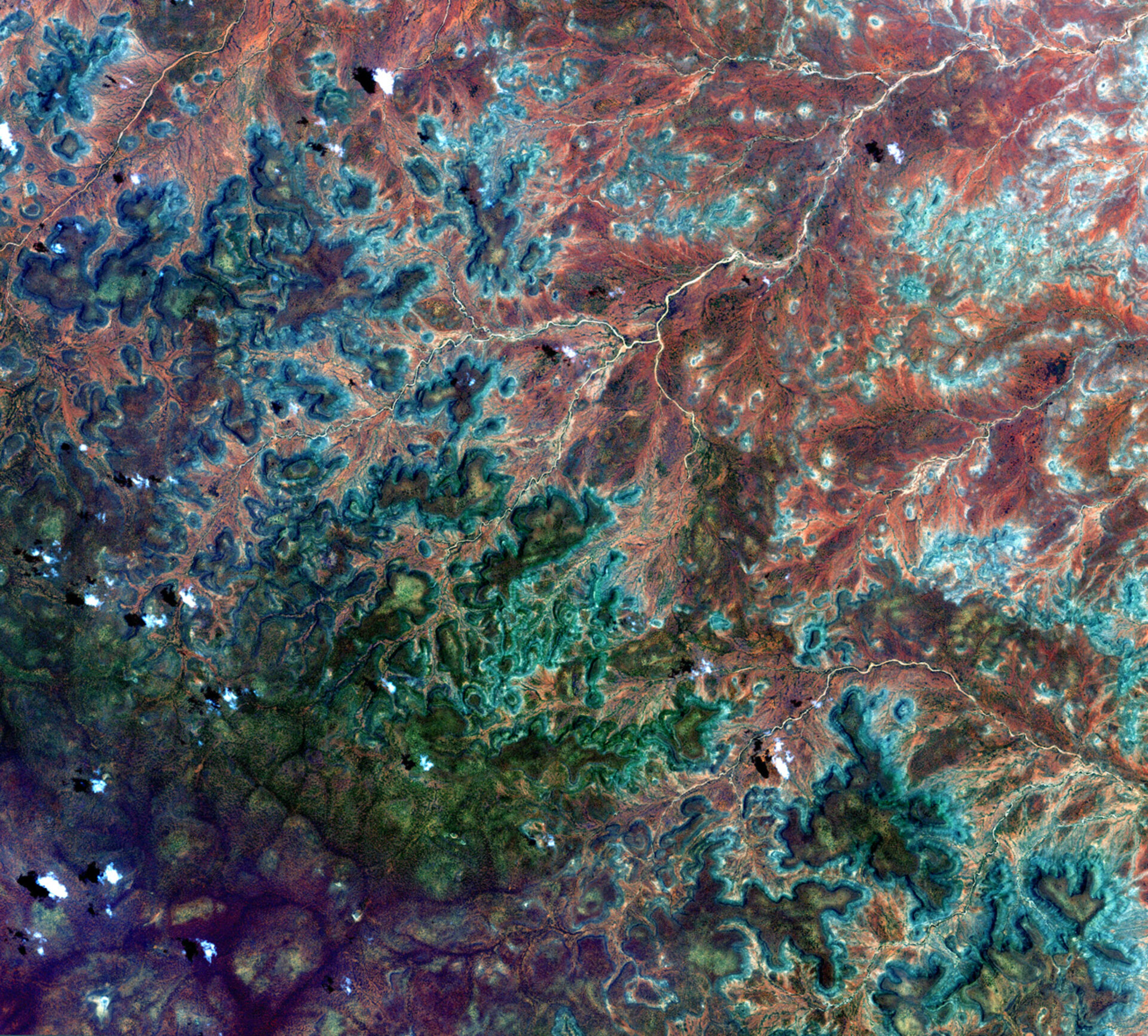 The bouquet-resembling landscape of the Gedo region in southwest Somalia is featured in this image acquired by ALOS, Japan's four-tonne Earth observation satellite.

Gedo, Somalia’s second-largest region, is the only province with two rivers (Jubba and Shabeelle) and two international borders (Ethiopia to its north, and Kenya to its west). Its varied landscape receives little rainfall and comprises scarred land, rocky mountains, valleys and water-filled gorges.

This spectacular scenery lies some 400 km west of Mogadishu and 800 km north of Nairobi.

ALOS (Advanced Land Observing Satellite) captured this image on 13 March 2010 with its Advanced Visible and Near Infrared Radiometer type-2 (AVNIR-2) instrument. AVNIR-2 is designed to chart land cover and vegetation in visible and near-infrared spectral bands, at a ground resolution of 10 m.