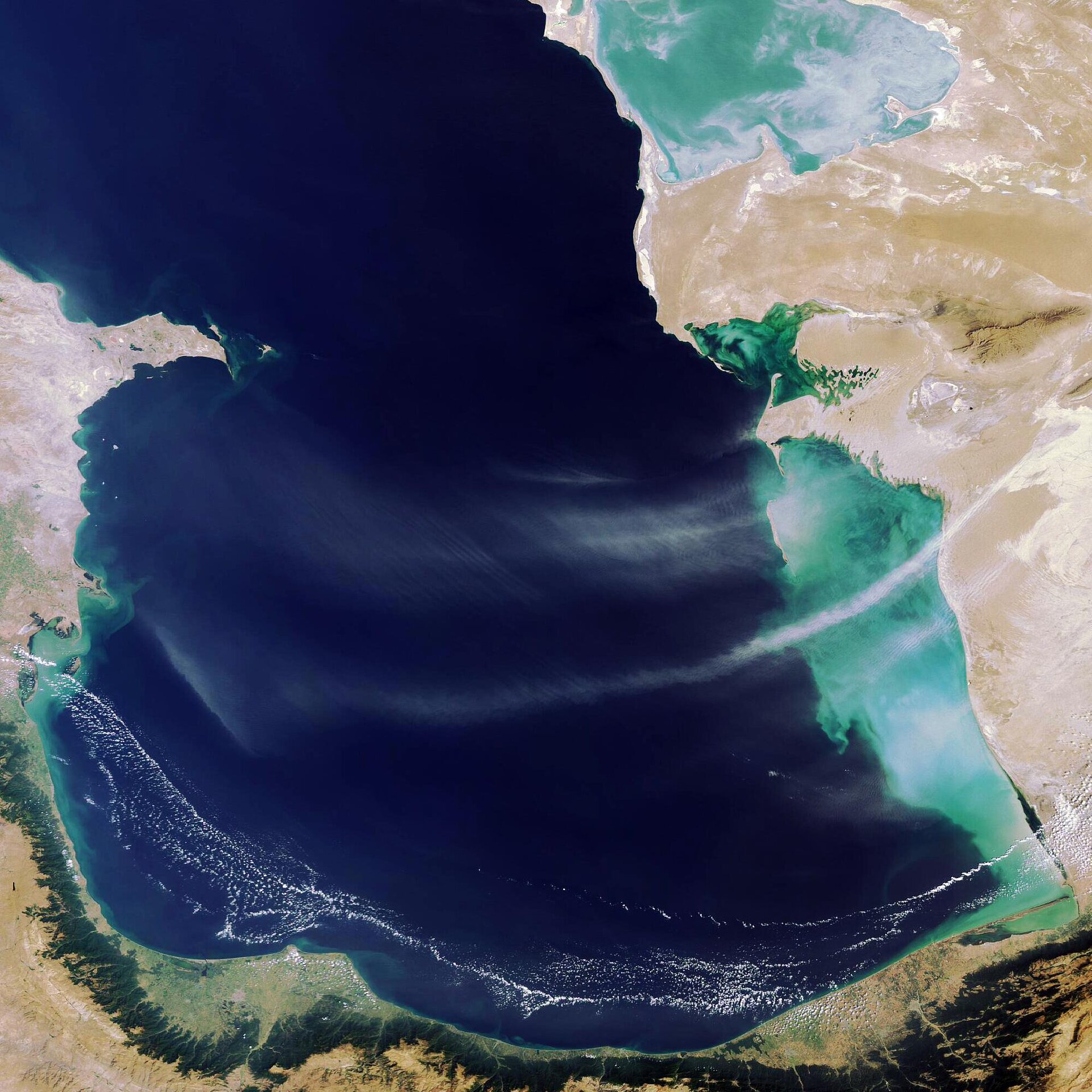 This Envisat image shows the southern part of the Caspian Sea, the world’s largest inland body of water with a total surface area of square kilometres.

The oil-rich Caspian stretches 1200 km from north to south and is bordered by Russia and Kazakhstan to the north, Azerbaijan to the west, Turkmenistan to the east and Iran to the south.

The Caspian has experienced large variations in its water level in the last few decades, a development at least partly due to human activity including the building of dams. It fell during the 1960s and 1970s, has risen since then, but may now be falling again.

Because the Caspian is a closed body of water, it supports a unique biodiversity but is also vulnerable to pollution from agriculture and industry – particularly oil. The Caspian Basin is rich in oil deposits; the oil centre of Baku, capital of Azerbaijan, is located on the southern side of the Apsheron Peninsula jetting out from the western shore.

Across from Baku on the other side of the Caspian is the country of Turkmenistan, its territory dominated by the Karakum Desert. On the Caspian's southern shores are Iran’s green Gilan-Mazanderan lowlands and the Alborz (Elburz) mountain range, which acts as a barrier to rain clouds moving south, explaining the contrast between the fertile lowlands to the north and the desert to the south.

This image was acquired by Envisat’s Medium Resolution Imaging Spectrometer (MERIS) instrument on 2 September 2006 working in Full Resolution mode to provide a spatial resolution of 300 metres.