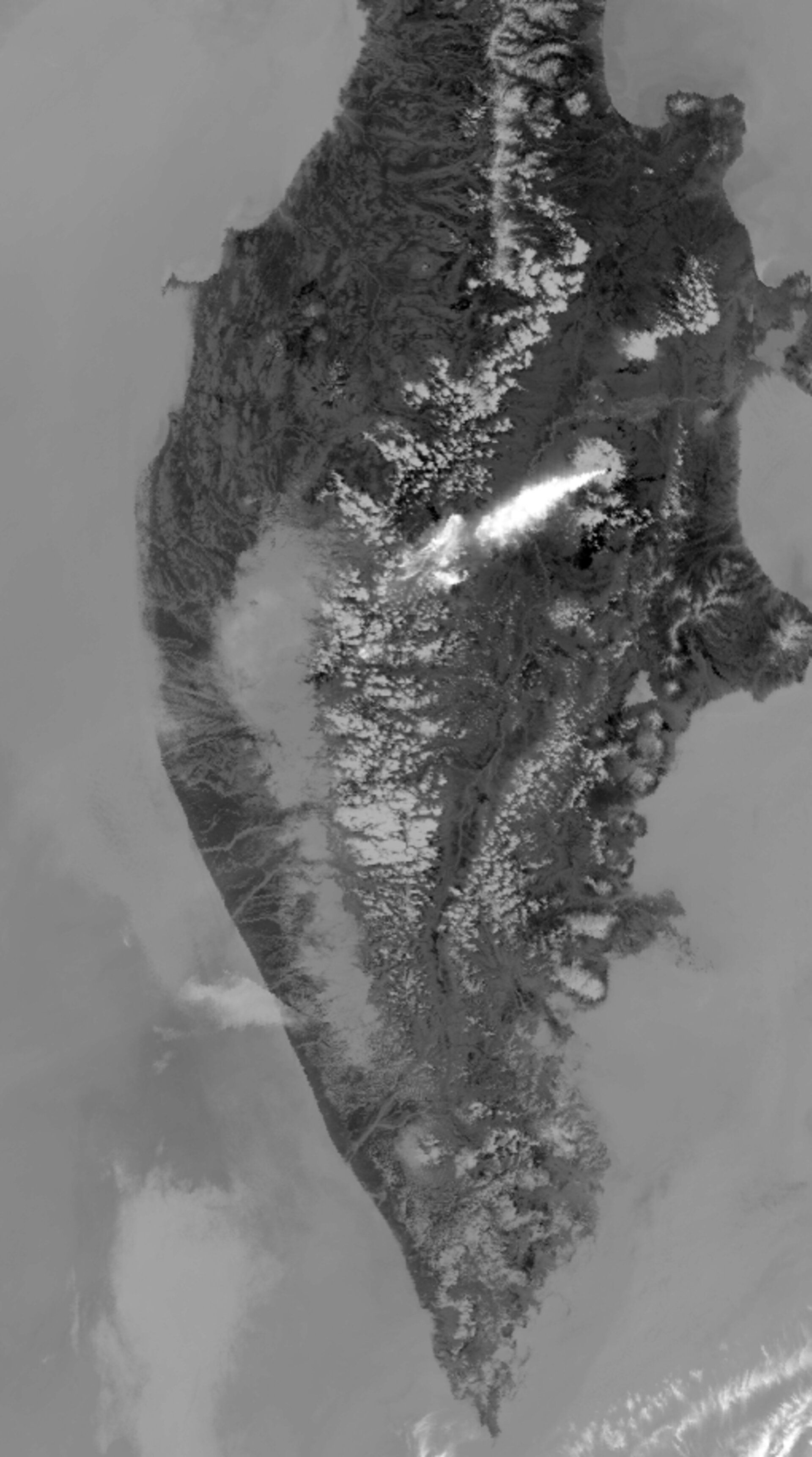 This Envisat image acquired on 30 June 2007 captures smoke blasting from the Kliuchevskoi Volcano on the Kamchatka Peninsula in Russia. Ash plumes are reported to have risen to an altitude greater than 10 km on this day, according to the Kamchatkan Volcanic Eruption Response Team.

At 4750 m above sea level, Kliuchevskoi is the highest active volcano in Eurasia. Its first recorded eruption occurred in 1697, and it has had more than 80-recorded eruptions since then. The volcano is a basaltic stratovolcano that consists of a truncated cone with a central crater.

The vicinity of Kliuchevskoi is largely uninhabited, but its eruptions do present danger to air traffic, with international routes extending over the Kamchatka Peninsula. Ash can obscure pilot vision, contaminate onboard oxygen supplies and damage jet engines. Satellite imagery is used to help provide early warning of potentially risky eruptions to aviation controllers, so aircraft can be diverted.

Kliuchevskoi is located within the Pacific ‘Ring of Fire’, a continuous line (40 000 km long) of volcanoes and fault lines circling the edges of the Pacific Ocean. The majority of the 1500 active volcanoes on the Earth's surface, of which around 50 erupt each year, are located along the ring. At least 500 million people live close to an active volcano.

Satellite data can be used to detect the slight signs of change that may foretell an eruption. Once an eruption begins, optical and radar instruments can capture the various phenomena associated with it, including lava flows, mud slides, ground fissures and earthquakes. Atmospheric sensors onboard satellites can also identify the gases and aerosols released by the eruption, as well as quantify their wider environmental impact.

To boost the use of Earth Observation (EO) data at volcanic observatories, ESA has started to monitor volcanoes worldwide within the framework of the Agency's Data User Element programme. The Globvolcano project, started in early 2007, will define, implement and validate information services to support volcanological observatories in their daily work by integration of EO data, with emphasis on observation and early warning.

This image was acquired with the Advanced Along Track Scanning Radiometer (AATSR) sensor. AATSR works like a thermometer in the sky measuring thermal infrared radiation to take the temperature of Earth's land surfaces. Envisat’s AATSR instrument is the follow on from the ATSR-1 onboard ESA’s ERS-1 satellite.