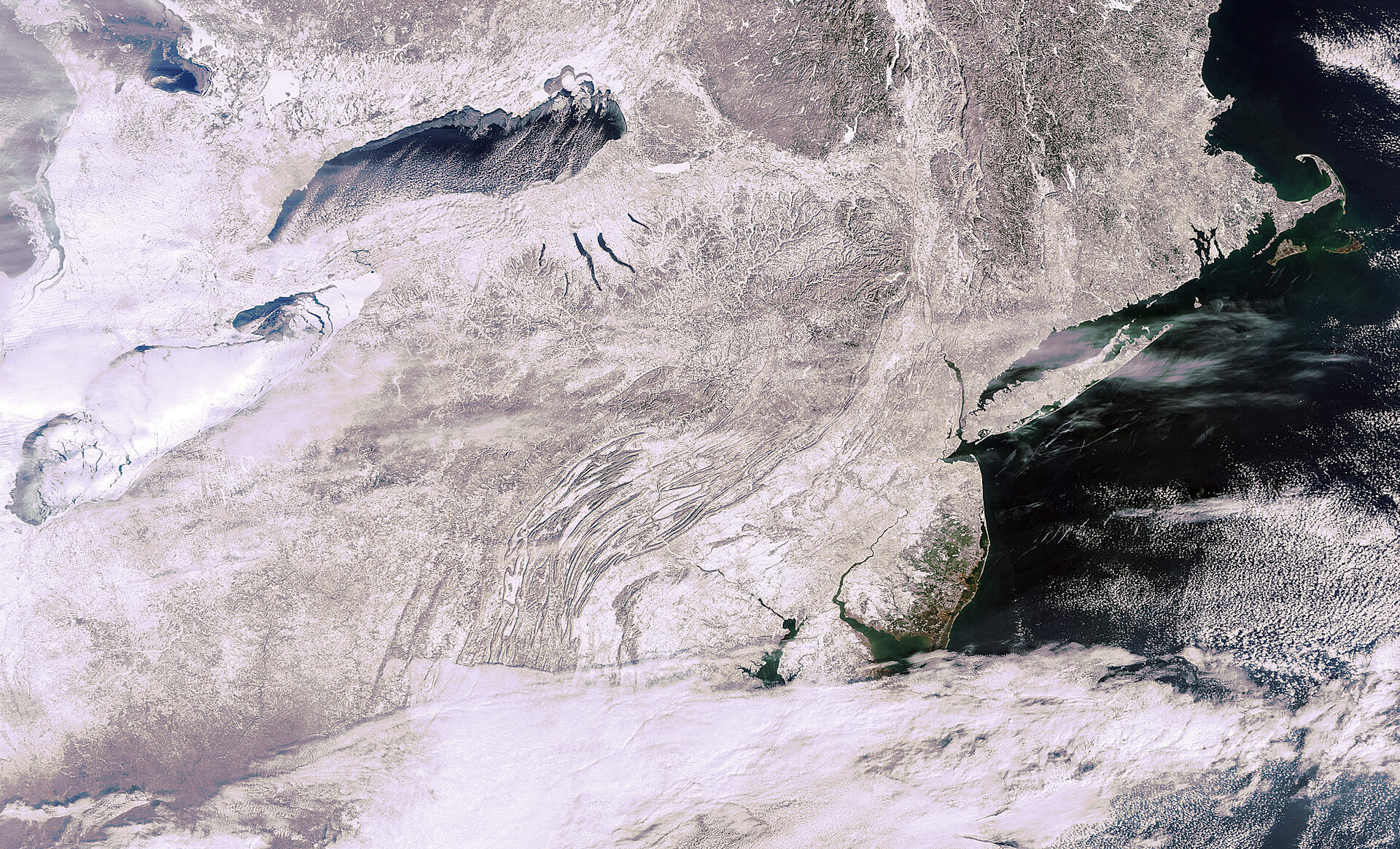 This Envisat image captures one of serial snowstorms that hit the United States during January 2011.

Combined with high winds, freezing rain and plunging temperatures, the storm left thousands without electricity, snarled road traffic, closed schools and businesses and forced the cancellation of thousands of flights.

This satellite image shows much of the Midwest and Northeast regions covered by a white layer of snow and ice.

New York City (jutting into the Atlantic Ocean in centre right) was hit by more than 91 cm of snow this January, making it the snowiest January in the city’s history.

By Tuesday one of the worst blizzards in decades, donned
'Stormageddon' by local tweeters, swept across the nation’s heartland and affected some 30 states. The Midwest states bore the brunt of the storm, with some areas in Illinois, Wisconsin and Missouri receiving more than 50 cm of snowfall.

In Boston (upper right) and Cape Cod (peninsula off southeast corner of the state of Massachusetts in the upper right), the weight of snow and freezing rain caused roofs to collapse. The island of Nantucket (south of Cape Cod) appears to have escaped the snowy conditions.

Also visible in the image are three of the five Great Lakes. Cloud streets are visible over Lakes Huron (left) and Ontario (right), while Erie (bottom) is partially ice-covered.

This image was acquired by Envisat’s Medium Resolution Imaging Spectrometer on 31 January at a resolution of 300 m.