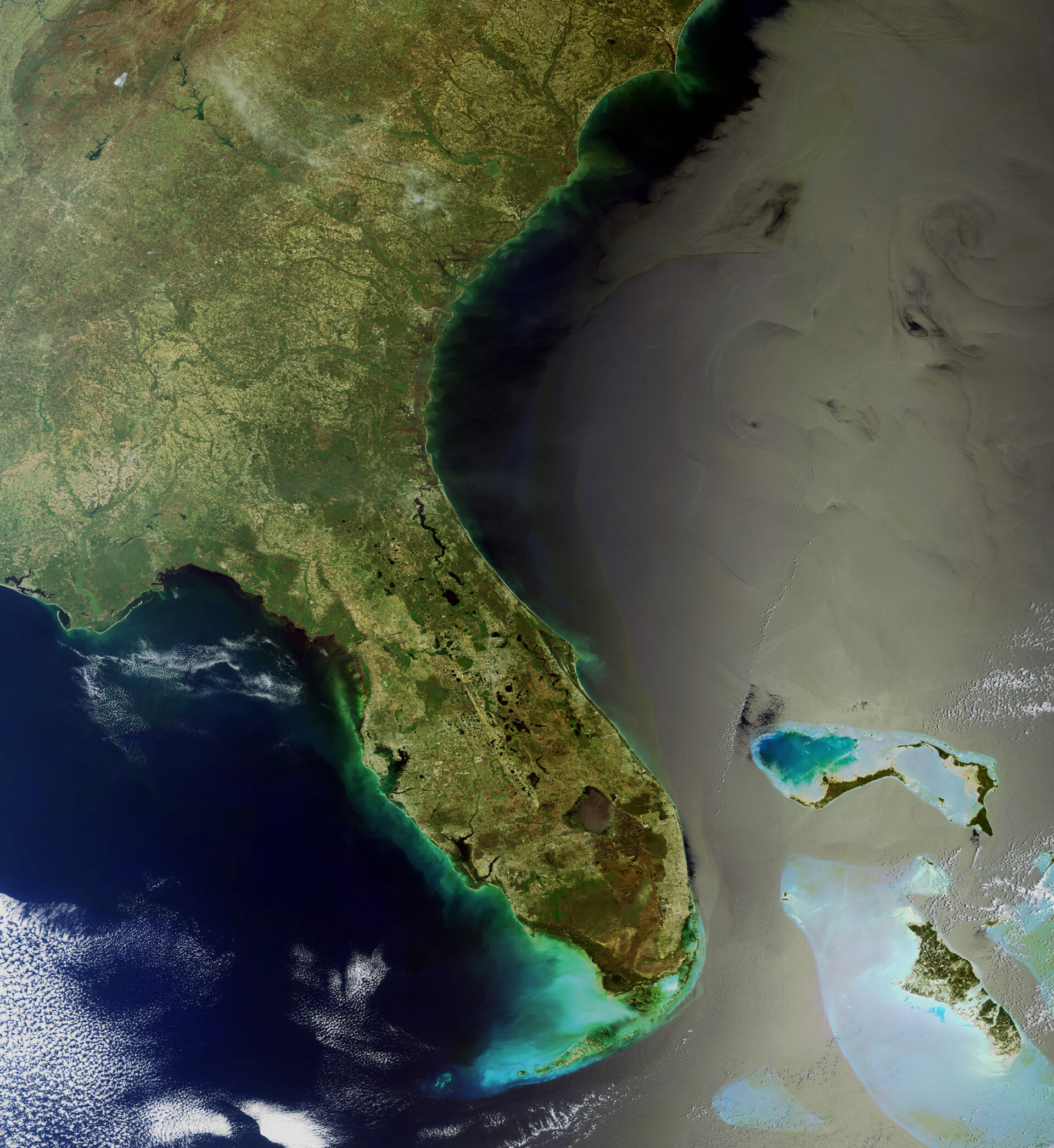 This Envisat image shows the Straits of Florida, the area where the Loop Current flows eastward out of the Gulf of Mexico before joining the Gulf Stream and flowing along the eastern coastlines of the US and Newfoundland (not visible).

Scientists are monitoring this area closely as concerns emerge that winds could blow the oil slick in the Gulf of Mexico (visible west of Florida) south toward the Loop Current or that the current could expand north towards the spill.

If oil from the spill were to enter the Loop Current, it could be carried to the Florida Keys (the curved archipelago of islands and associated coral reefs off the tip of Florida) and continue east into the Gulf Stream.

By combining surface roughness and current flow information with Envisat Advanced Synthetic Aperture Radar (ASAR) data of the oil spill, analysts are able to detect the direction in which the spill boundaries can drift.

The Bahamas (bottom right) consist of a chain of islands and shallow water banks extending 1400 km from Florida to the island of Hispaniola. All of the islands are surrounded by coral reefs – 5% of all the world's coral reefs are concentrated here.

Other visible US states are Georgia, South Carolina and North Carolina.

This image was acquired by Envisat’s Medium Resolution Imaging Spectrometer on 1 April 2010 at a resolution of 300 m.