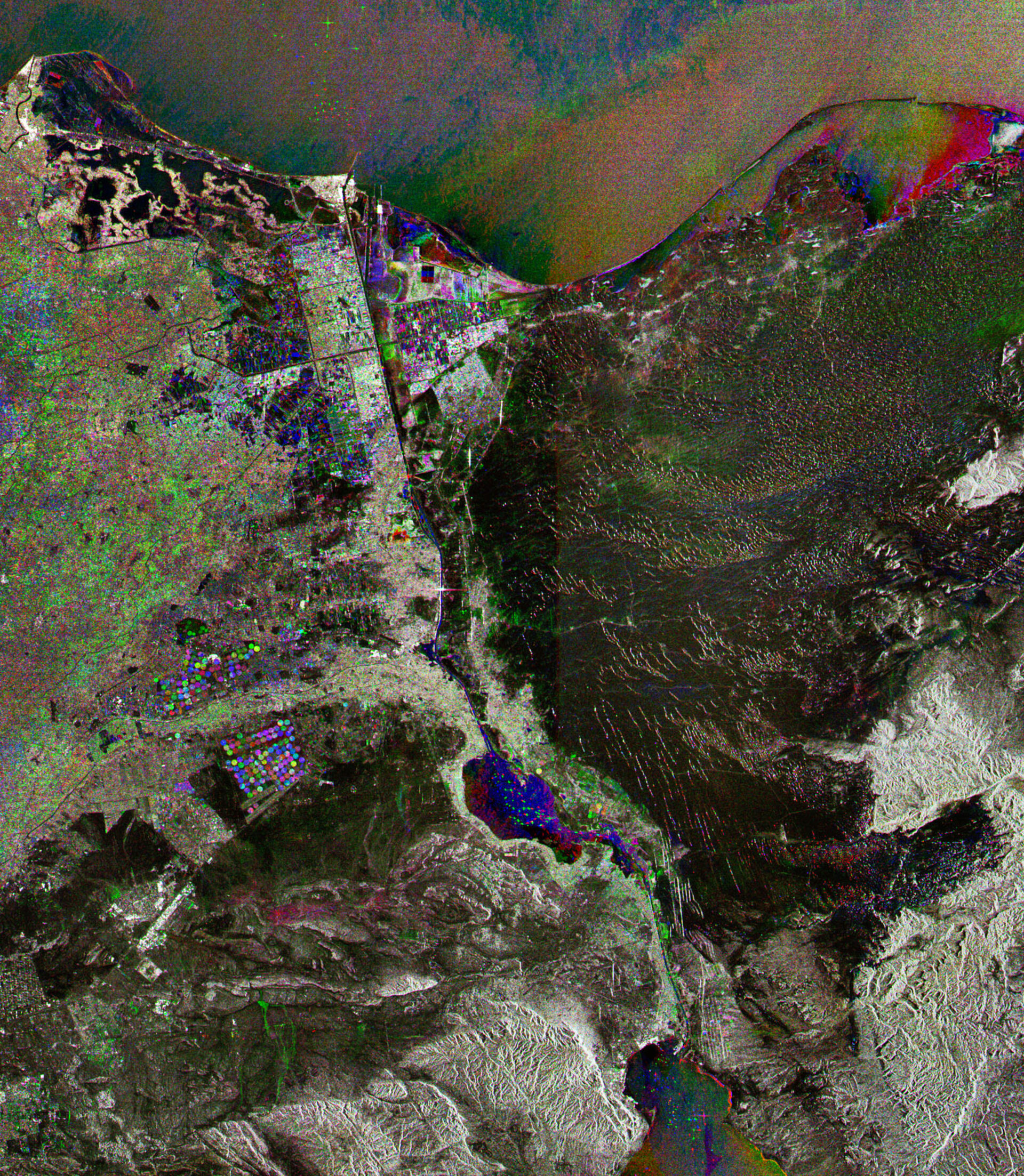 This Envisat radar image features the Suez Canal, one of the world’s most important waterways, in northeastern Egypt. The canal connects the Red Sea (a small part visible at the bottom of the image) with the Mediterranean Sea (at top), providing ships a direct route between the Mediterranean and Indian Ocean.

Following 10 years of construction, the canal was opened to traffic in November 1869. It is one of the most heavily used shipping lanes in the world, with about 7.5% of world sea trade being carried through it.

The canal extends 160 km from Port Said (white area on top coastline) to the Gulf of Suez (body of water visible in numerous colours at bottom), which is an arm of the Red Sea.

Throughout its course, it crosses a desert and passes through several bodies of water, including Lake Timsah (blue, triangular-shaped object in image centre) and the Bitter Lakes (big colourful object beneath Lake Timsah).

Although the majority of the canal is limited to a single line of traffic, ships travelling in different directions are able to pass each other in a couple places, including the Bitter Lakes. Ships passing through the canal can be seen as coloured spots in the lakes while others are waiting to get access north and south of the canals gateways.

Since the levels of water of the Mediterranean and Red seas are virtually the same, the canal has no locks.

The area west of the canal is the low-lying Nile River delta, while the area to the east is the mountainous terrain of the Sinai Peninsula.

The image was obtained by combining three Envisat Advanced Synthetic Aperture Radar acquisitions (17 September 2007, 31 December 2007 and 10 November 2008) taken over the same area. The colours in the image result from variations in the surface that occurred between acquisitions.