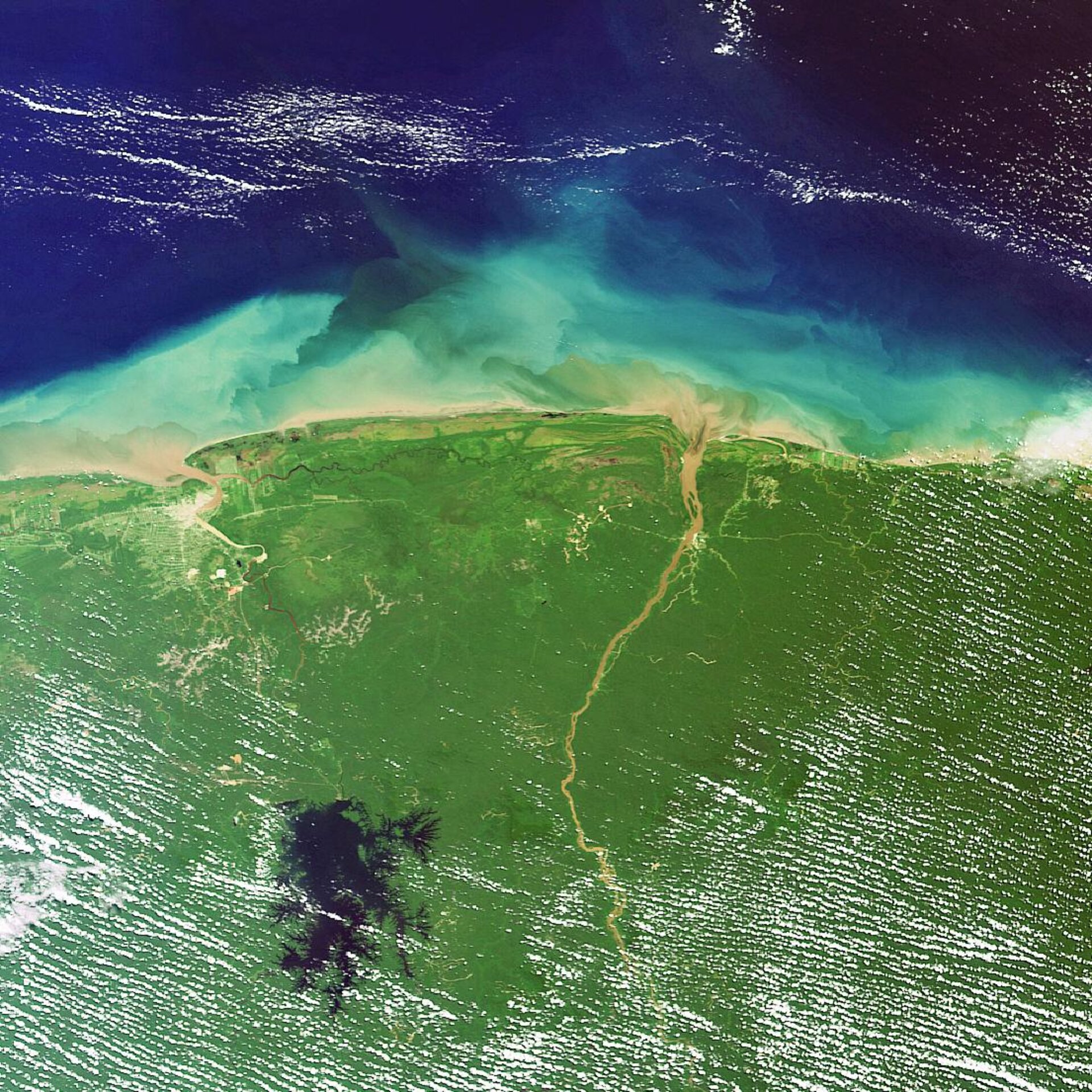 Suriname and French Guiana, located on the Atlantic Ocean in northern South America, are featured in this Envisat satellite image, which highlights the Maroni River (the large river seen on the right), the Suriname River (seen on the left) and the Brokopondo Reservoir (the dark blue area).

The Maroni River forms the natural border between French Guiana, from where Envisat was launched in 2002, and Suriname. Originating in the Tumuc-Humac Mountains, which form the Brazilian border with French Guiana and Suriname, the Maroni flows northward for some 725 kilometres before entering the Atlantic Ocean at Point Galibi, Suriname.

The Suriname River originates at the junction of the country’s Wilhelmina and Eilerts de Haan mountain ranges and flows about 480 kilometres to empty into the Atlantic Ocean. Suriname’s capital city, Paramaribo, is located on the river approximately 15 kilometres inland from the ocean.

The Brokopondo Reservoir, also known as Prof. Dr. Ir. W.J. van Blommesteinmeer, was constructed in the early 1960s as a means of supplying electricity to alumina plants. A trail from the reservoir leads to the country’s only national park, the Brownsberg Nature Park. The park, 130 kilometres south from Paramaribo, is rich in unspoilt rainforests and houses a rich diversity of flora and fauna.

French Guiana, settled by France in 1604, is an administrative unit of France, making it the largest part of the European Union located outside Europe. In 1964 France chose Kourou in French Guiana as the site of its satellite launch base. Today the Centre Spatial Guyanais (CSG) is jointly supported by ESA and serves as Europe's spaceport. Kourou, not visible in the image, is located on the coast to the right of the Maroni River.

Envisat acquired this image on 8 August 2006 with its Medium Resolution Imaging Spectrometer (MERIS) instrument while working in Full Resolution Mode to provide a spatial resolution of 300 metres.