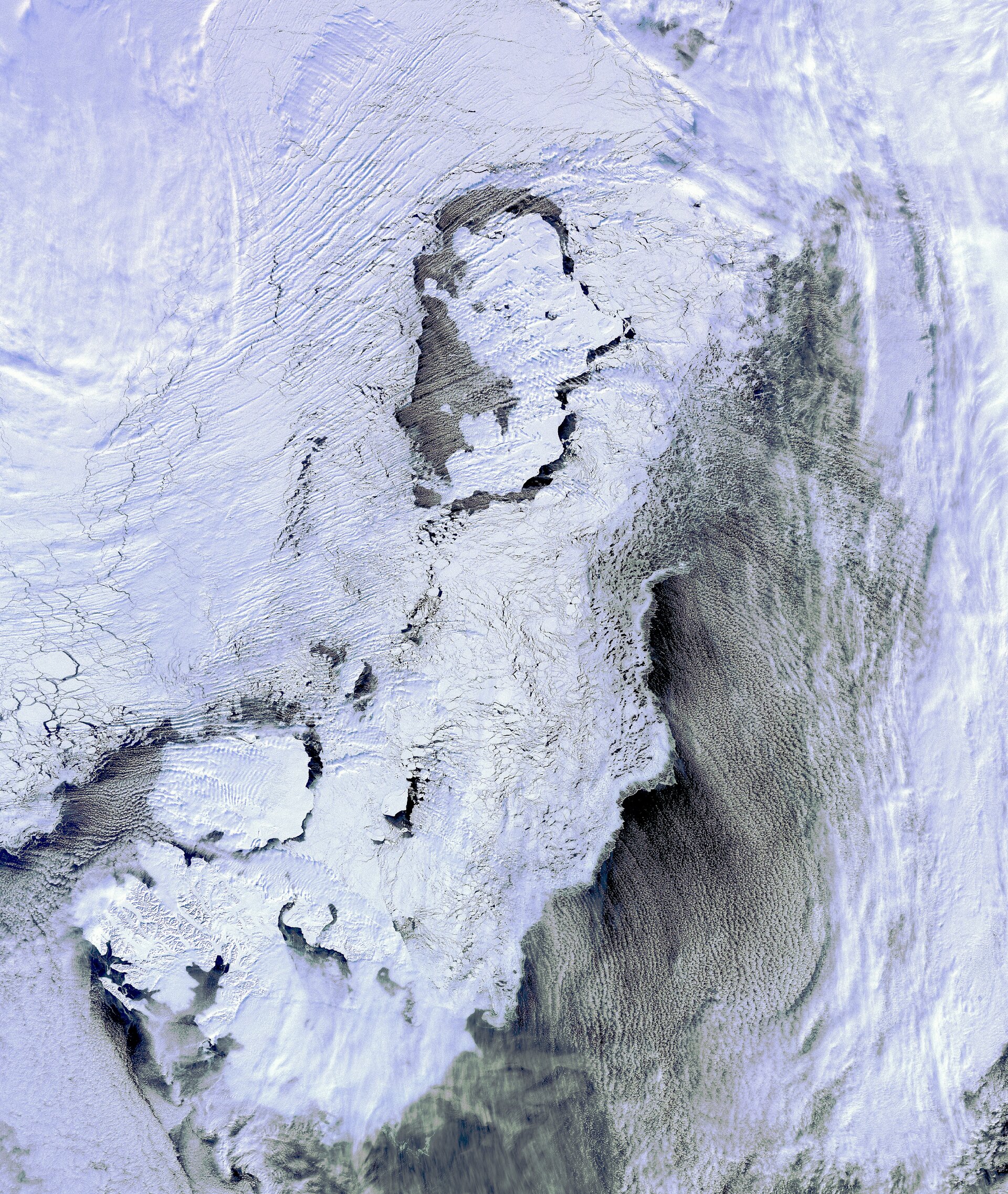 The mixture of heat, moisture and wind over the area has allowed for the formation of cloud streets (thin, white, straight lines). The clouds, commonly found at the border between ice and sea, get their stretched shape through processes related to the high wind speeds at the ice edge.

Throughout the image, ice cover is visible breaking into huge chunks. Recent record-lows in the extent of summer Arctic sea-ice cover demonstrate significant changes are occurring in the polar regions. Ice cover has been mapped from space for many years by satellites such as Envisat. However, to understand more about how climate change is affecting these sensitive regions, there was also an urgent need to determine how ice thickness is changing.

Data from ESA’s ice mission CryoSat, launched last week, will measure precisely the rates of change of sea and land ice in the Arctic and the Antarctic. Assessing the volume of sea ice in the Arctic has been difficult to do from space because previous missions have not flown far enough to the north to obtain a full view of the Arctic and their instruments have not had the resolution needed to measure the difference between the top of the ice surface and the top of the water.

CryoSat is carrying the first radar altimeter of its kind to overcome the difficulties of measuring icy surfaces, and its polar orbit allows it to cover the Arctic up to of 88° north.

This image was acquired by Envisat's Medium Resolution Imaging Spectrometer (MERIS) instrument on 13 April 2010, working in Full Resolution mode to provide a spatial resolution of 300 m.