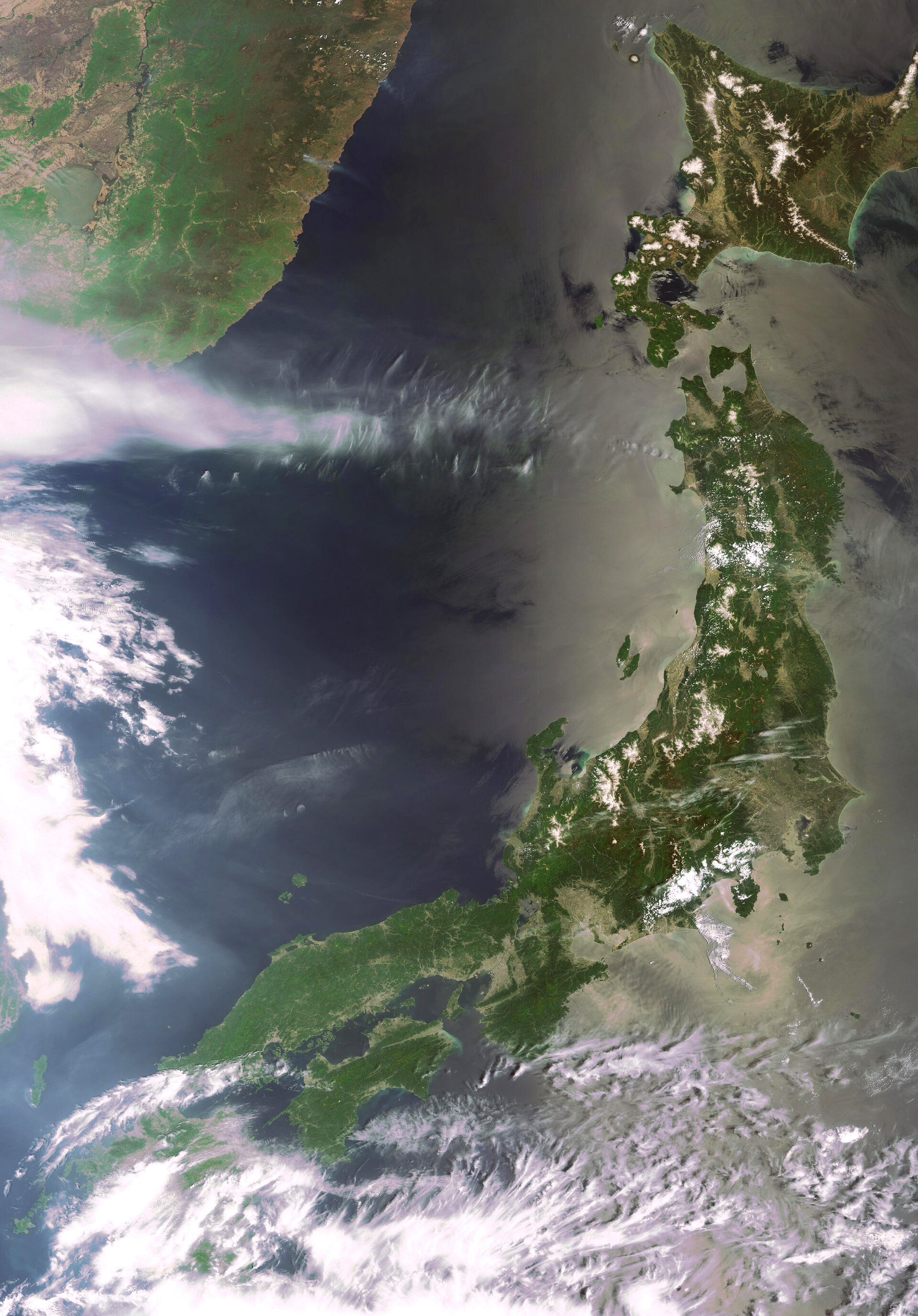 This Envisat image highlights Japan, which consists of a string of islands stretching for some 2400 km through the western Pacific Ocean.

Japan's four main islands, running from north to south, are Hokkaido (visible in the top right corner), Honshu (the visibly long island stretching in a northeast-southwest arc), Shikoku (visible just beneath the lower part of Honshu) and Kyushu (hidden by clouds). The archipelago includes some 3000 additional smaller islands.

Mountains cover two-thirds of the country’s land surface; each of the main islands has a central mountainous chain.

The Sea of Japan, also referred to as the East Sea, (visible to the west of the archipelago) separates the country from the east coast of Asia. Russia is visible across from Hokkaido. The sea is an enclosed arm of the Pacific Ocean (visible to the east and south of Japan) that has a mean depth of 1752 metres and a maximum depth of 3742 metres.

Honshu’s land mass comprises approximately four-fifths of Japan’s total area. It is home to the capital city of Tokyo (located in the centre on the east side), Japan’s largest lake, Lake Biwa, and the country’s largest mountain, Mount Fuji. A volcano that has been dormant since its last eruption in 1707, Mount Fuji is located near the southern coast of Honshu about 100 km west of Tokyo.

The movement of crustal plates around Japan, in particular the sinking of the Pacific Plate in the north and the Philippine Plate in the south, makes it prone to geological instability. Earthquakes (about 1,500 seismic occurrences per year) and volcanic eruptions take place frequently.