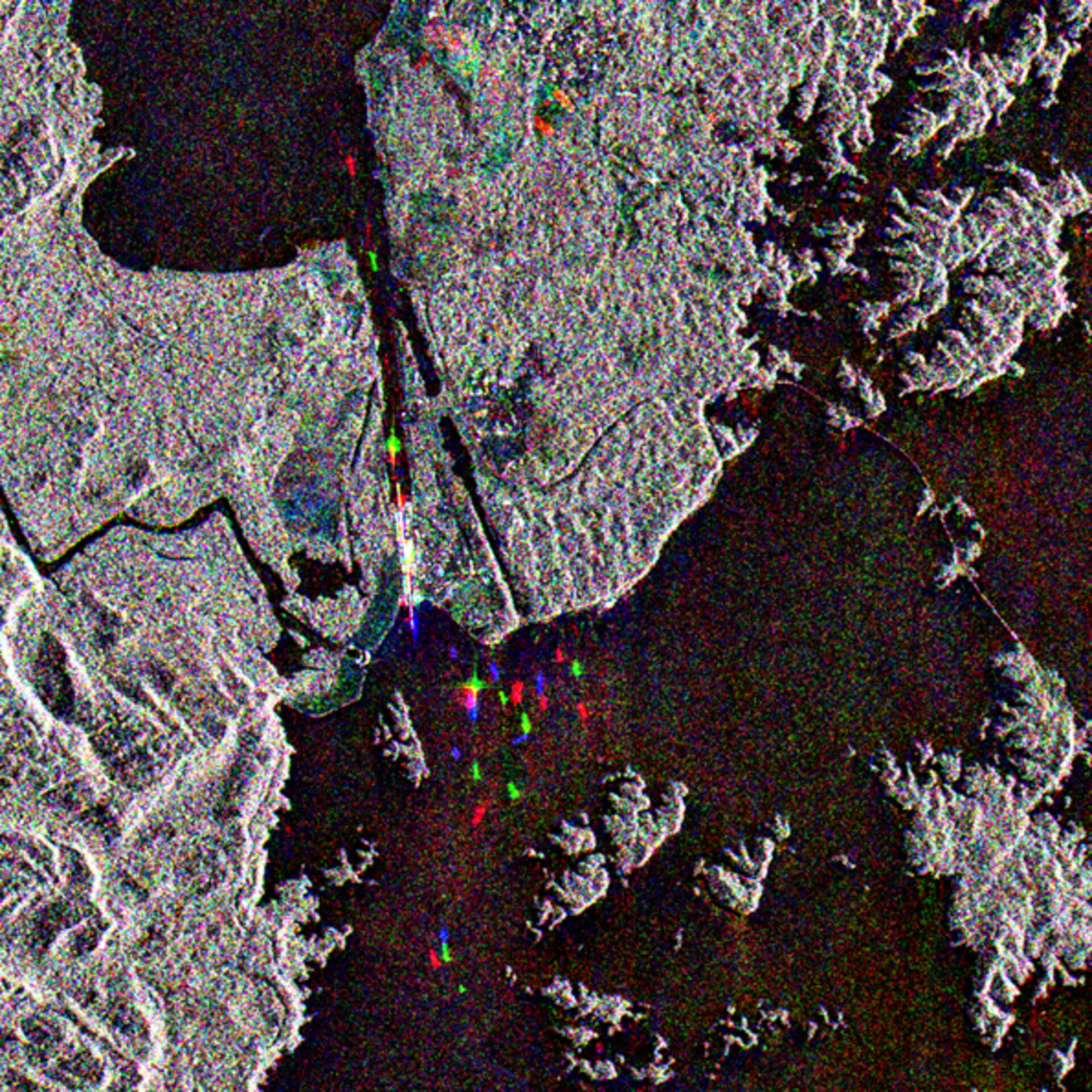 Appearing in this Envisat radar image like shining jewels, ships pass from the man-made Lake Gatun through the Panama Canal across Central America.

One of the greatest engineering projects of the last century, the 82-kilometre-long Panama Canal connects the Atlantic and Pacific Oceans through the Panama Isthmus. It has two sets of canal locks on its Pacific side and three sets on its Atlantic side – the end seen here.

These locks are necessary to change the water level – the Gatun lock chambers raise or lower ships through a height of 26 metres. Each lock is 33.5 metres wide and 306 metres long, and takes eight to 15 minutes to fill with water.

Lake Gatun (Lago Gatún) is an artificial lake situated in the Republic of Panama, created between 1904 and 1914 as part of the water system for the Panama Canal. Because Panama has a winter dry season, the surplus water stored in the Lake helps keep the locks operating.

Lake Gatun was created by constructing the Gatun Dam across the Chagres River to the east of this image. In the process of some 430 square kilometres being submerged many former hilltops became islands.

Note the bridge crossing the Lake on the east side of the image: it is the 1669-metre-long Bridge of the Americas. Completed in 1962 it has its name because it connects the two sides of the Pan-American Highway divided by Lake Gatun.

While still water tends to backscatter radar signals poorly, the straight metal surfaces and right angles of ships make them good reflectors. Because radar images measure surface texture rather than reflected light, there is no colour in a standard radar image.

Instead the colour in this image is due to it being a multitemporal composite, made up of three Advanced Synthetic Aperture Radar (ASAR) images acquired on different dates, with separate colours assigned to each acquisition to highlight differences between them: Red for 16 March, Green for 12 Jan and blue for 14 October 2004.