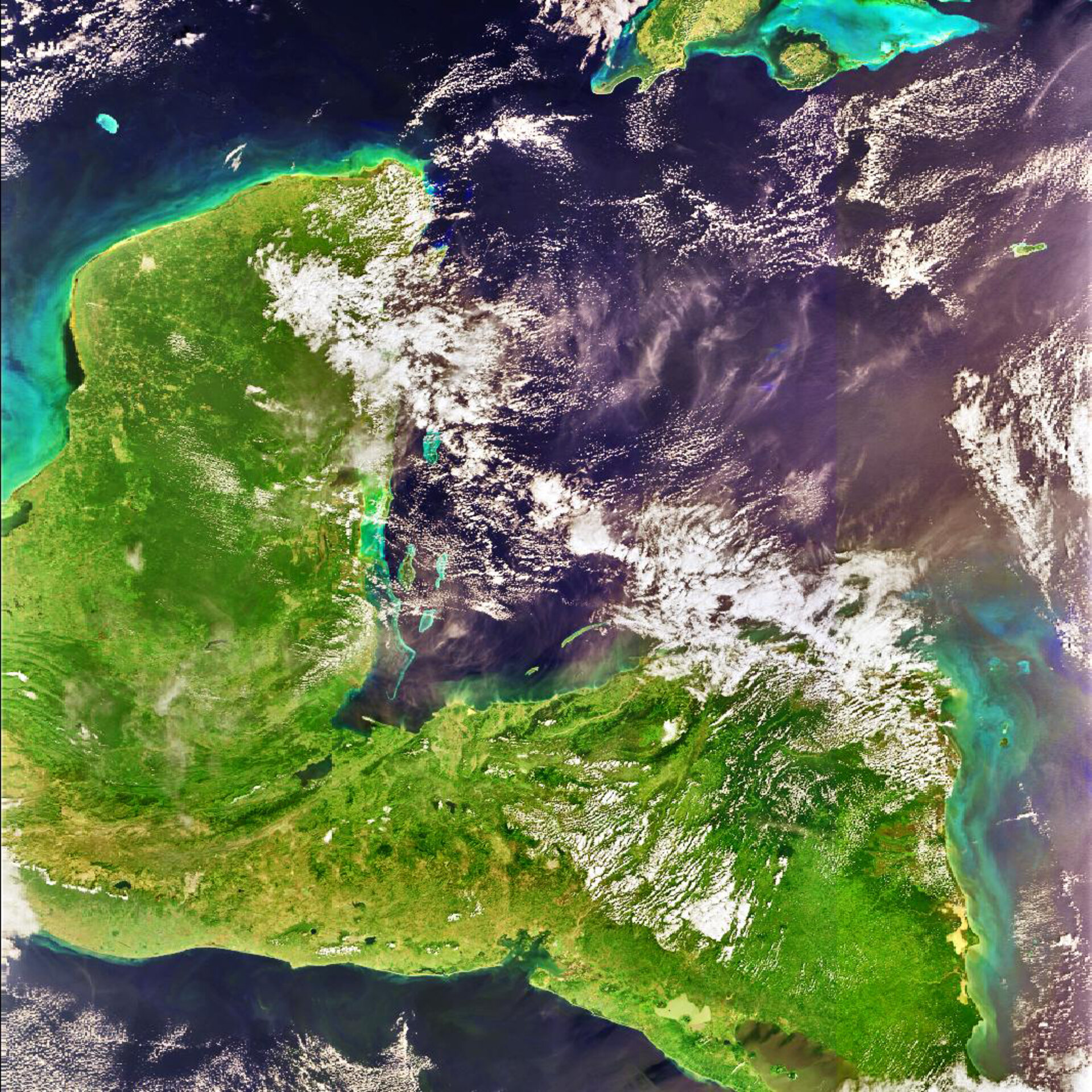 This wide-area Envisat image shows Mexico's Yucatan Peninsula extending into the Caribbean, together with the countries of Guatemala, Belize, El Salvador, Honduras and Nicaragua to the south.

Famous as the site of the asteroid impact that killed the dinosaurs, the Yucatan Peninsula was once home to the Mayan civilisation, and many tourists are drawn here by the ruins of their cities as well as the picturesque beaches and verdant forests.

The tourist centre Cancun on the north-east part of the Peninsula is obscured by cloud, but the Yucatan state capital of Merida – built over an ancient Mayan city – can be clearly seen as a large whitish area inland from the west coast.

Visible much further south is the Honduran capital Tegucigalpa. The city is positioned north of the paw-shaped Gulf of Fonseca on the Pacific coast, which is a natural harbour shared by El Salvador, Honduras and Nicaragua.

At the bottom-right of the image can be seen the large Lago de Nicaragua water body, with the smaller Lago de Managua adjacent to it. Between them is the whitish-coloured Nicaraguan capital, Managua.

At the top of the image can be seen the western edge of the island of Cuba, with light-blue shallow waters off its southern coast.

The town of Campeche on the west coast of the Yucatan Peninsula – visible as a whitish spot about halfway down - last month hosted a UNESCO conference on the use of space technologies for conserving the world's natural and man-made heritage sites.

This image was acquired by Envisat's Medium Resolution Imaging Spectrometer (MERIS) on 25 November 2005, working in Reduced Resolution mode to deliver spatial resolution of 1200 metres. The image has a width of 1280 kilometres.