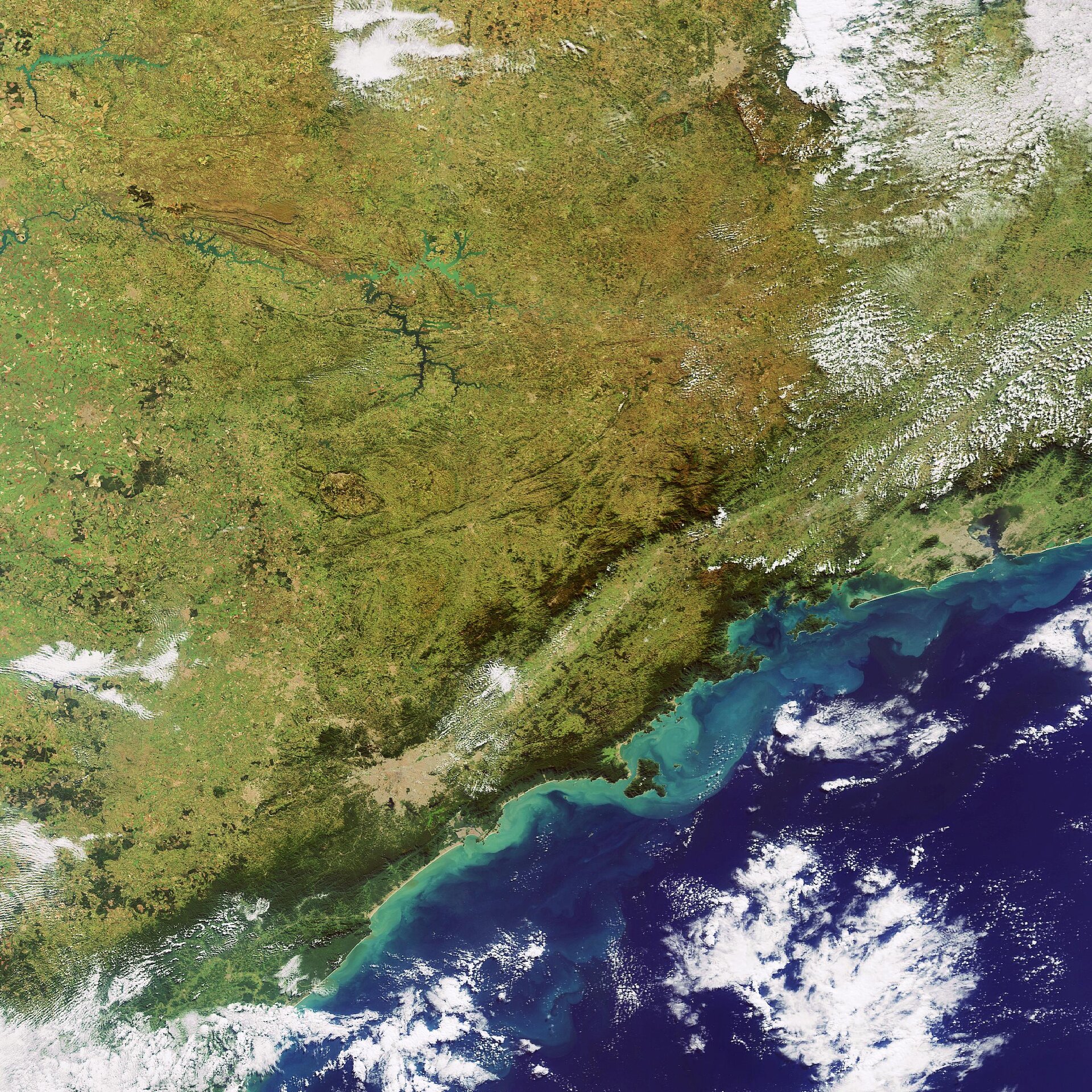 Southeastern Brazil, South America’s largest and most populous country, is highlighted in this 26 May 2007 Envisat image.

Rio de Janeiro (located on the coastline on the right side of the image where the water flows inland) is the only state to border all three of the other southeastern states. It is bordered on the East by the Atlantic Ocean, on the South by Sao Paolo, and on the West and North by Minas Gerais and Espirito Santo.

Famous for its varied topography, Rio de Janeiro sits between the ocean and the Serra da Mantiqueira Mountains (seen in dark brown). The city of Rio de Janeiro serves as the capital of the state.

The Rio Grande River (visible) rises in the Mantiqueira Mountains near the state of Rio de Janeiro and descends inland on a west-northwestwardly course for some 1360 km before joining the Paranaiba River to form the Parana River.

The city of Sao Paolo, the capital of Sao Paolo state, is visible as the large beige area surrounded by greenery located some 70 km from the coast. It is situated some 354 km to the south of Rio de Janeiro. This huge sprawling metropolis has an area of nearly 1500 square km and a population of just over 10 million, making it the most populous city in South America.

The island of Ilhabela, or Beautiful Island, is visible near the centre of the coastline. This rain forest ecological reserve has 35 km of beaches, mountains over 2000 m high and over 400 waterfalls. The other large visible island located off the coast of Rio de Janeiro is Ilha Grande.