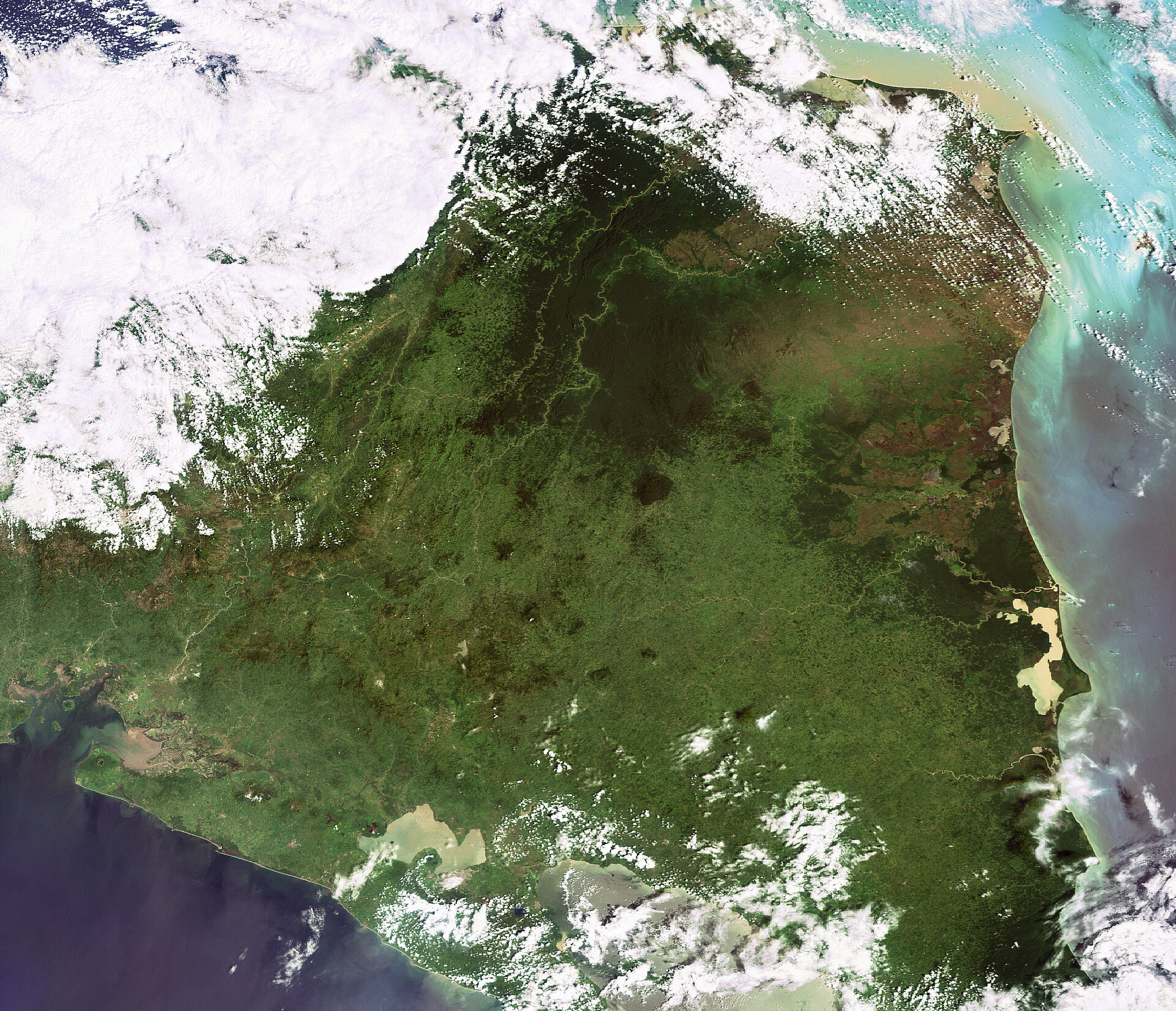 This Envisat image captures the Republic of Nicaragua located in Central America between Honduras to the north, Costa Rica to the south, the Caribbean Sea to the east (right) and the Pacific Ocean to the west.

With an area of nearly 130 000 sq km, Nicaragua (about the size of Greece) is the largest republic in Central America. Nicaragua is often referred to as 'the country of lakes and volcanoes' because of its many lakes, lagoons and a string of some 40 volcanoes stretching northwest to southeast along the Pacific coast.

The paw-shaped Gulf of Fonseca on the Pacific coast (visible bottom left) is a natural harbour shared by Nicaragua, El Salvador and Honduras. The Cosiguina Peninsula, which makes up the gulf’s southern border, was formed by sand, ash and lava from the Cosiguina Volcano, located on the tip.

The Cosiguina Volcano exploded with so much force in 1835 that one third of the crater was blown away and ash was found some 1400 km away in Jamaica and Mexico City. The Cosiguina Lagoon is located within the volcano.

Numerous volcanoes are located between the Gulf of Fonseca and Lake Managua (visible to the right on the coast). The Nicaraguan capital, Managua, is located on the lake’s southern shore.

The large (cloud-covered) lake running off the centre of the image is Lake Nicaragua. With an area of 8157 sq km, it is the largest freshwater lake in Central America and contains bull sharks, which are able to spend a lot of time in freshwater.

The beige-coloured oval-shaped body of water visible on the eastern coastline is Pearl Lagoon, which covers some 518 sq km. The dark area visible in the centre of the country is the Cordillera Isabella mountain range, which reaches an elevation of more than 2100 m.

This image was acquired by Envisat's Medium Resolution Imaging Spectrometer (MERIS) on 26 October 2007, working in Full Resolution mode to provide a spatial resolution of 300 m.