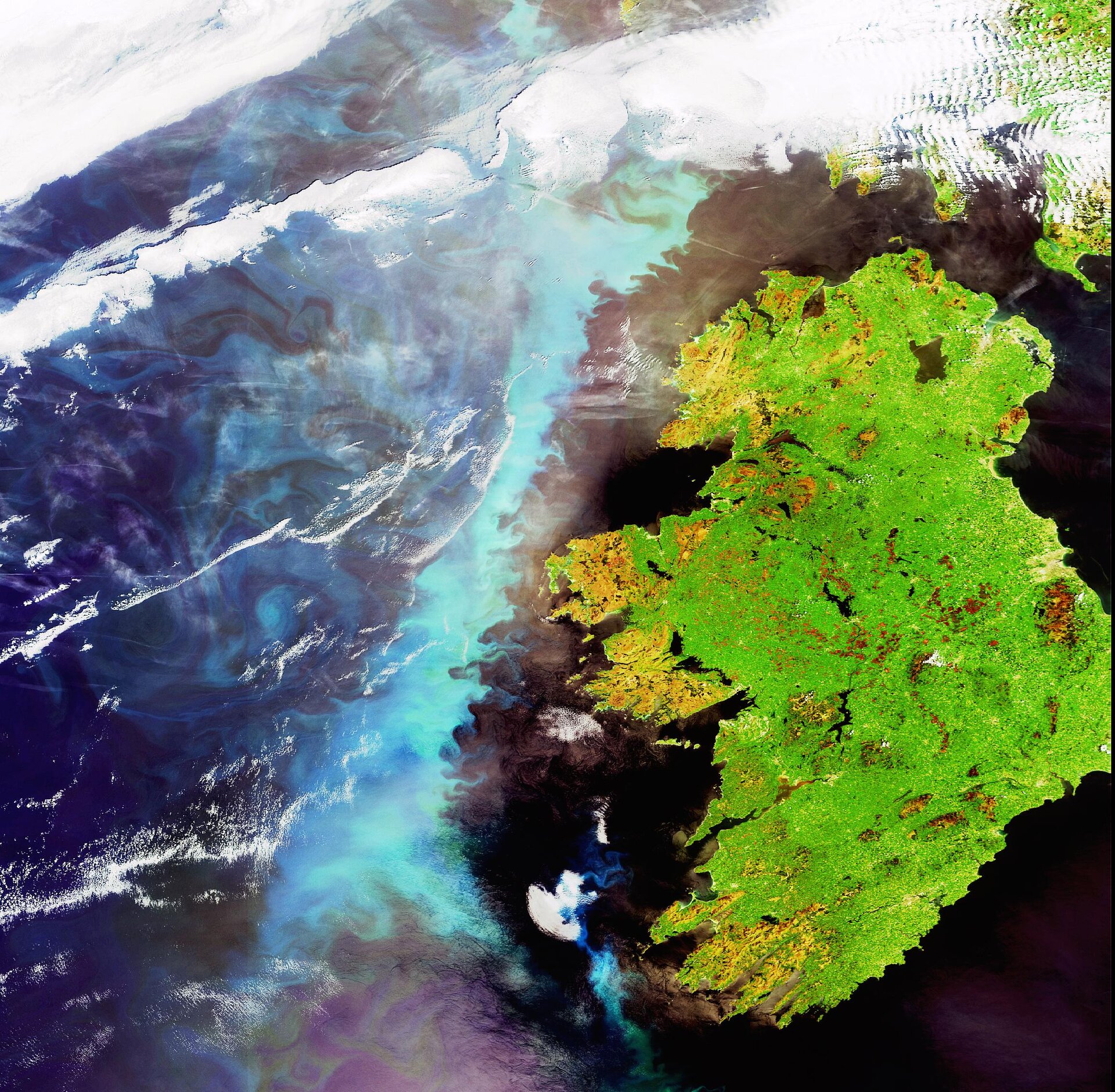 A large aquamarine-coloured plankton bloom is shown stretching across the length of Ireland in the North Atlantic Ocean in this Envisat image.

Phytoplankton, the most abundant type of life found in the ocean, are microscopic marine plants that drift on or near the surface of the sea. Just like plants on land they employ green-pigmented chlorophyll for photosynthesis — the process of turning sunlight into chemical energy.

Although the phytoplankton are individually microscopic, the chlorophyll they use for photosynthesis collectively tints the colour of the surrounding ocean waters, providing a means of detecting these tiny organisms from space with dedicated 'ocean colour' sensors onboard satellites.

Microscopic phytoplankton have been called 'the grass of the sea' because they are the basic food on which all other marine life depends. They themselves are consumed by animal zooplankton that go on to provide food for larger animals and fish.

Found in abundance throughout the oceans, most algae and other phytoplankton are not harmful to humans. As primary producers, fixing carbon dioxide from the atmosphere, they form the base of the marine food chain and help regulate the carbon cycle and through it the global climate system.

Some algae species are toxic or harmful and are referred to as Harmful Algal Blooms (HABs). If they surge out of control during optimal blooming conditions they can exhaust water of oxygen and suffocate larger fish.

The HAB phenomenon has dramatically increased in the last 30 years and is particularly dangerous to fish farms because the fish cannot flee affected areas. Early warning of HABs from satellites can help prevent fish farmers from losing an entire stock in a single day.

Satellite imagery by itself is not sufficient to identify the species (toxic or not) that are blooming, but during such cloud free periods satellite data are essential to monitor the daily development of the bloom. Early bloom detection allows fish farmers to sample the blooms for toxicity, and, if found, to put mitigation strategies in place, such as pumping oxygen into the water around caged fish.