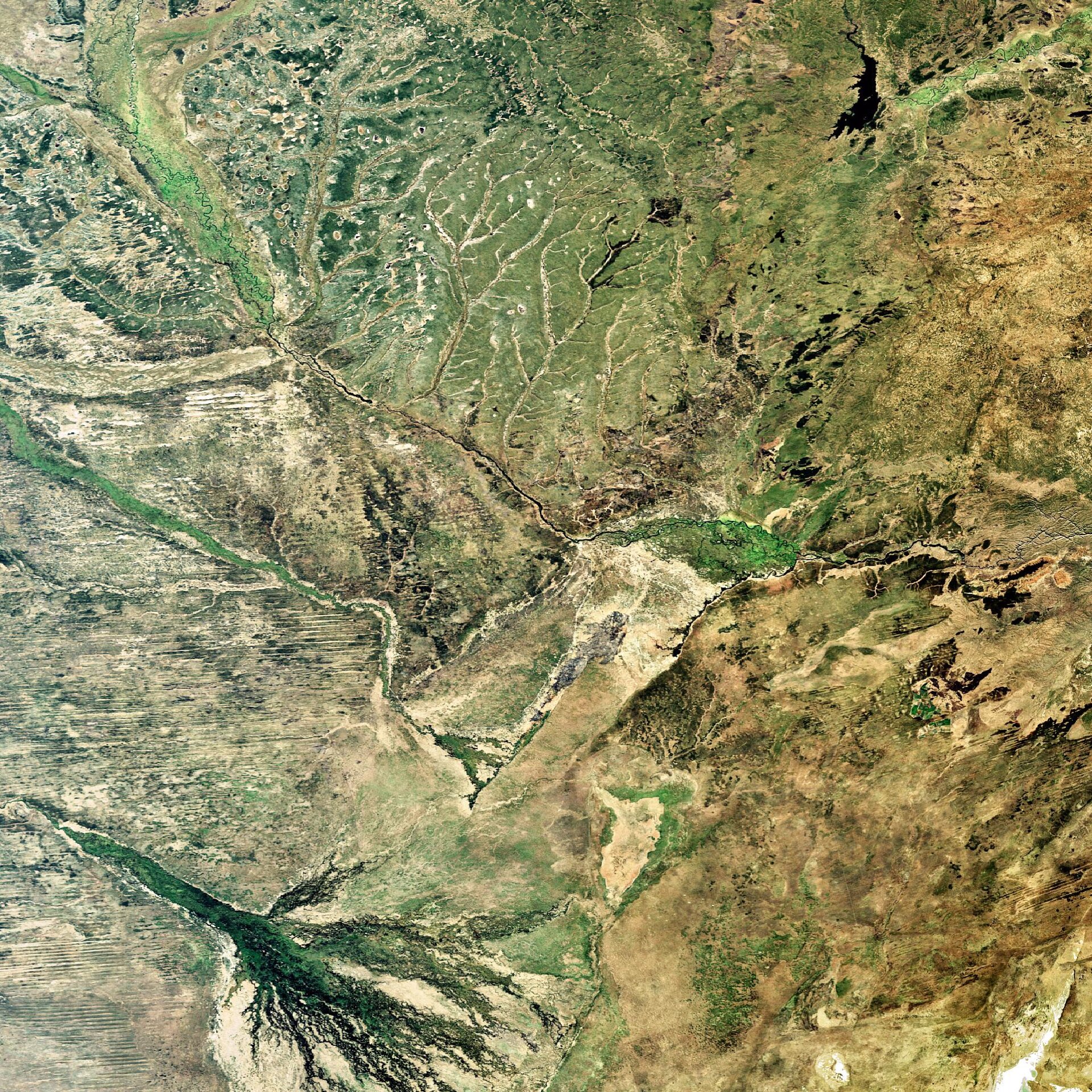 Botswana’s Okavango Delta is highlighted in the lower left corner of this Envisat image. The Okavango Delta – the world’s largest inland delta – is a labyrinth of lagoons, swamps, channels and islands and is home to a vast array of wildlife, with a third of the greater delta area being protected by the Moremi Wildlife Reserve.

The delta’s water source comes from the Okavango River, which begins as the Cubango River in Central Angola, then becomes the Kuvango River as it flows through Namibia before reaching Botswana. It is often referred to as ‘the river that never reaches the sea’ because its water flows inland and irrigates 15 000 square kilometres of the Kalahari Desert, creating the delta – also called the ‘jewel’ of the Kalahari.

Wetlands, such as the Okavango Delta, are the most biologically diverse ecosystems on Earth, more productive even than tropical rainforests. As well as being vital to the water cycle, they are havens for wildlife. The Moremi Wildlife Reserve, for instance, is home to elephants, buffalo, giraffes, lions, leopards, cheetahs and various antelope, among other species.

The overall value of wetlands is measured in trillions of Euros, but for much of the last century wetlands have been drained or otherwise degraded. In 1971 an inter-governmental treaty established the Ramsar Convention on Wetlands, setting up a framework for the stewardship and preservation of wetlands.

Envisat's Medium Resolution Imaging Spectrometer (MERIS) instrument acquired this image on 2 July 2006 working in Full Resolution mode to provide a spatial resolution of 300 metres.
The image has a width of 574 kilometres.