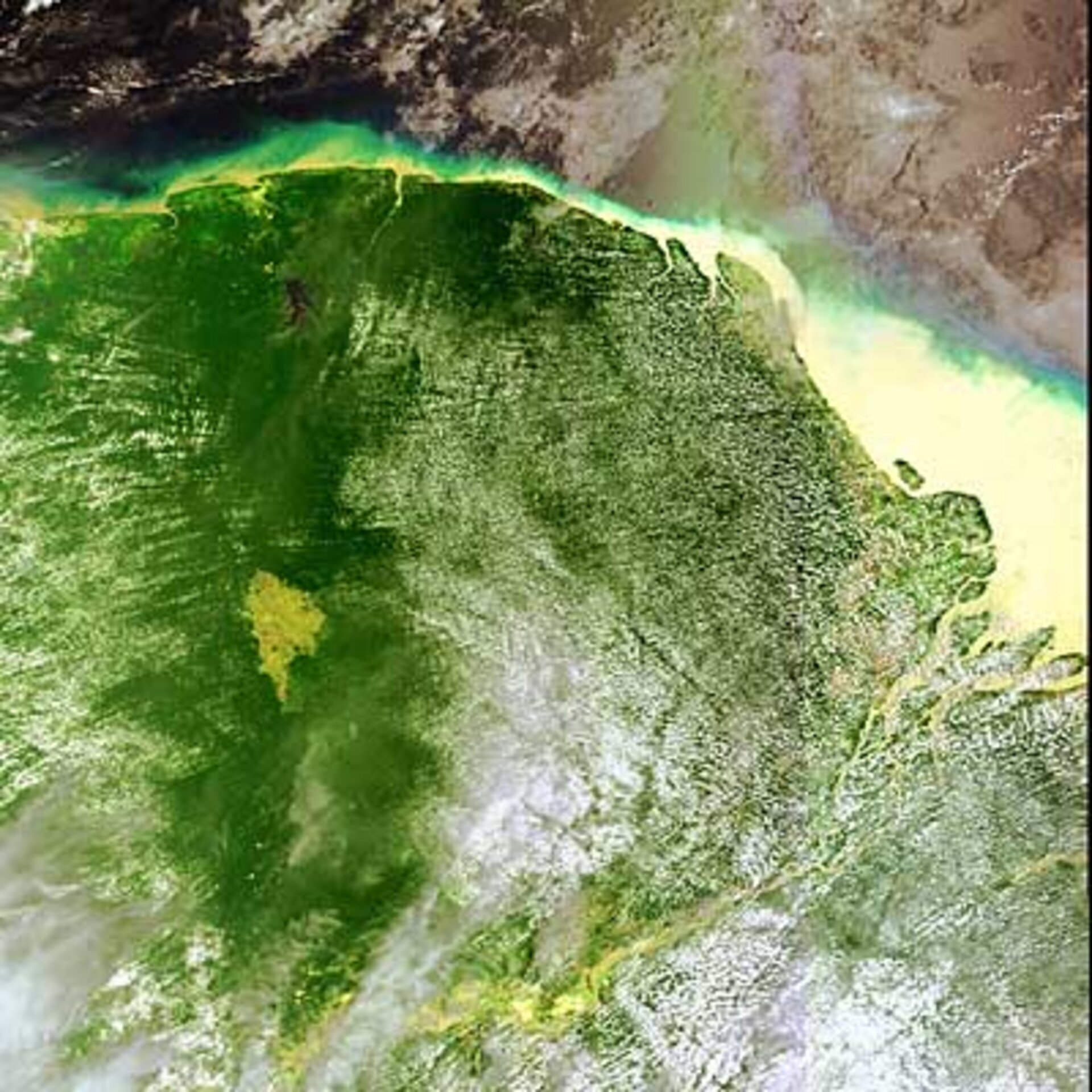 This rare, almost cloudless Envisat view of part of the northeast coast of South America stretches from the mouth of the Amazon River in Brazil to the territory of French Guiana, from where ESA's Earth Observation satellite was launched in 2002.

The coast is surrounded by a muddy-yellow plume of suspended sediment that issues from the Amazon River, by most measurements the greatest river in the world. The Amazon and its 1100 tributaries drain 40% of the entire South American continent. The River is responsible for 20% of all the freshwater discharged into the ocean from Earth's land surfaces.

Sediment carried all the way from the slopes of Andes is transported to the maze of channels making up the 270-km-wide mouth of the Amazon. Around three million cubic metres of silt is discharged into the ocean each day – a daily volume greater than that of Egypt's Great Pyramid.

To the west is located the French overseas department of French Guiana, its border with Brazil demarcated by the Oyapock River. As an integral part of France, French Guiana is therefore the largest part of the European Union located outside Europe.

It was first settled by France in 1604 and was the site of penal settlements until 1951. In 1964 France chose Kourou in French Guiana as the site of its satellite launch base. Today the Centre Spatial Guyanais (CSG) is jointly supported by ESA and serves as Europe's spaceport. Kourou is located on the coast at about the middle of the image.

Some 90% of French Guiana remains covered by tropical forest and woodland, with its 195 506 inhabitants concentrated in low-lying coastal plains. There are 817 kilometres of highway in the territory but more than 3760 kilometres of navigable inland waterways.

This image was acquired on 16 October 2005 by Envisat's Medium Resolution Imaging Spectrometer (MERIS) in Reduced Resolution Mode, providing a spatial resolution of 1200 metres and an image swath of 1170 kilometres.