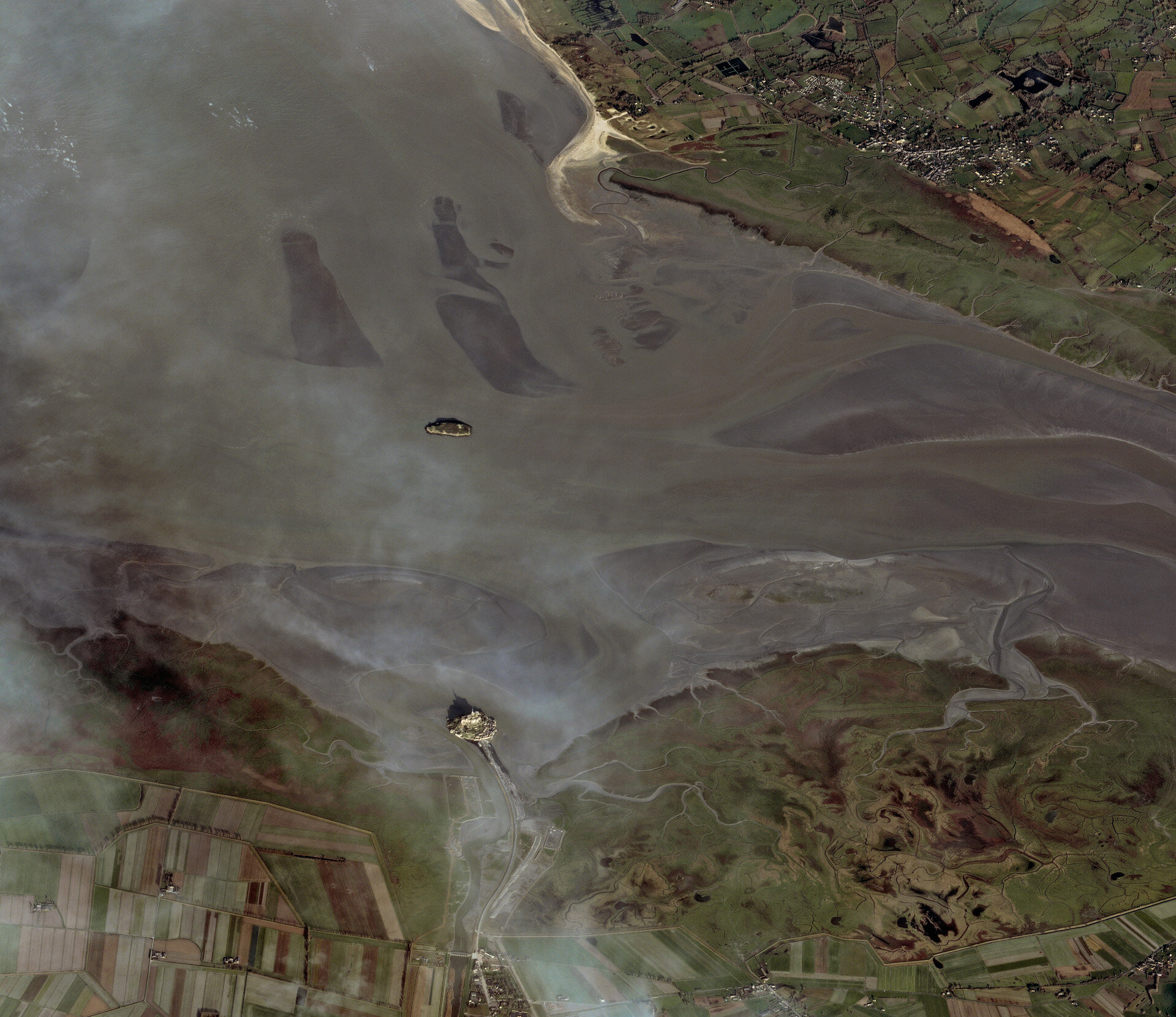 This image from the Pleiades satellite shows the island of Mont Saint Michel and its surrounding bay in northwest France.

Even at about 700 km away, the satellite captured a clear picture of Mont Saint Michel and its structures – such as the spire towering over the central abbey – with their shadows cast over the water to the north.

Mont Saint Michel was a tidal island, meaning that it was surrounded by water at high tide and only when the waters receded was it reachable by foot. In the late 1800s, the causeway was raised to make it accessible from the mainland at all times.

A project to remove the causeway and build a bridge – making Mont Saint Michel an island again – is under way.

The tides in this area rise and fall rapidly, and in medieval times pilgrims were known to run across the mudflats with the tide at their heels.

Today, it is still dangerous for those who choose to avoid the causeway to walk to and from the mainland.

In this image, we can clearly see where the water meets the mud flats, with multiple channels weaving through the mud.

Mont Saint Michel and its bay are part of the UNESCO list of World Heritage Sites.

The image was acquired by France’s Pleiades satellite on 3 May.