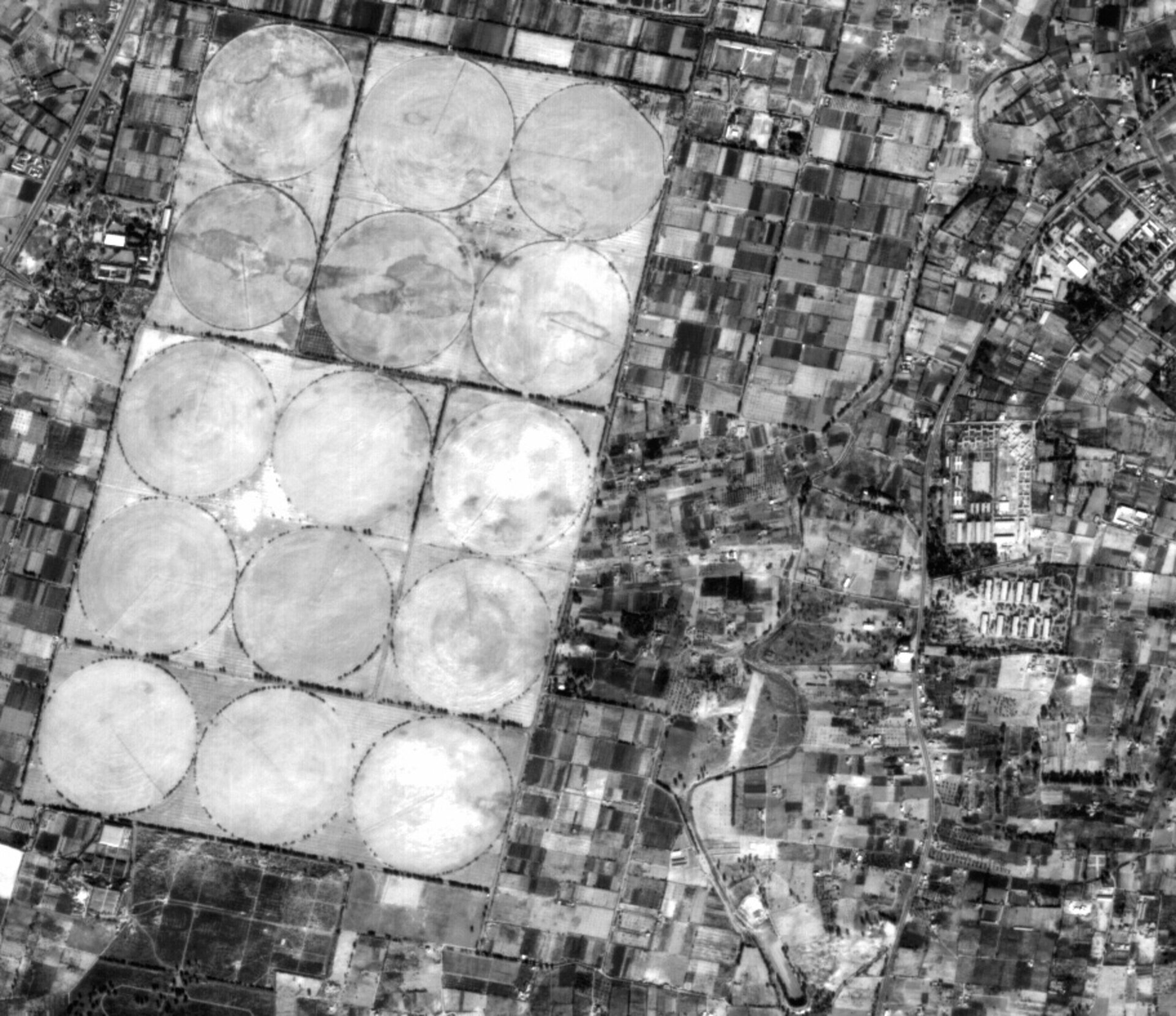 Agricultural smallholdings outside central Tripoli are dwarfed next to a set of vast irrigated fields, as seen from the Korea Multi-purpose Satellite (KOMPSAT-1) of the Korea Aerospace Research Institute (KARI), kindly provided under ESA Third Party Mission co-operation. Its successor, KOMPSAT-2 is due to launch this year.

The farmland shown is located between the centre of the Libyan capital and Tripoli international airport. The circular shape of the 15 fields indicates central-pivot irrigation is being employed. A well drilled in the centre of each circle supplies water to a rotating series of sprinklers.

With the Sahara Desert making up most of the country, only six percent of Libyan territory is suitable for agriculture. As seen here, this farmland is mostly found in the coastal belt where 85 percent of Libya's five million inhabitants live.

However Libya is richer in water than it might first appear, with vast amounts of water stored in gigantic underground aquifers beneath the arid Sahara. These aquifers are a legacy from around 10 000 years ago, when this territory was green savannah and highland forest, with rivers and lakes that were regularly replenished with rains.

Over the last two decades some 3500 kilometres of pipeline have been constructed. About half a million cubic kilometres of water flows daily from the heart of the desert to meet coastal requirements.

This is a detail of an image acquired by the Electro-Optical Camera (EOC) instrument on KOMPSAT-1, acquired on 14 December 2000. The EOC has a maximum ground sample distance of 6.6 metres and a swath width of 17 km. KOMPSAT-2 is anticipated to launch towards the end of this year, carrying a Multi-Spectral Camera (MSC) for Earth Observation.