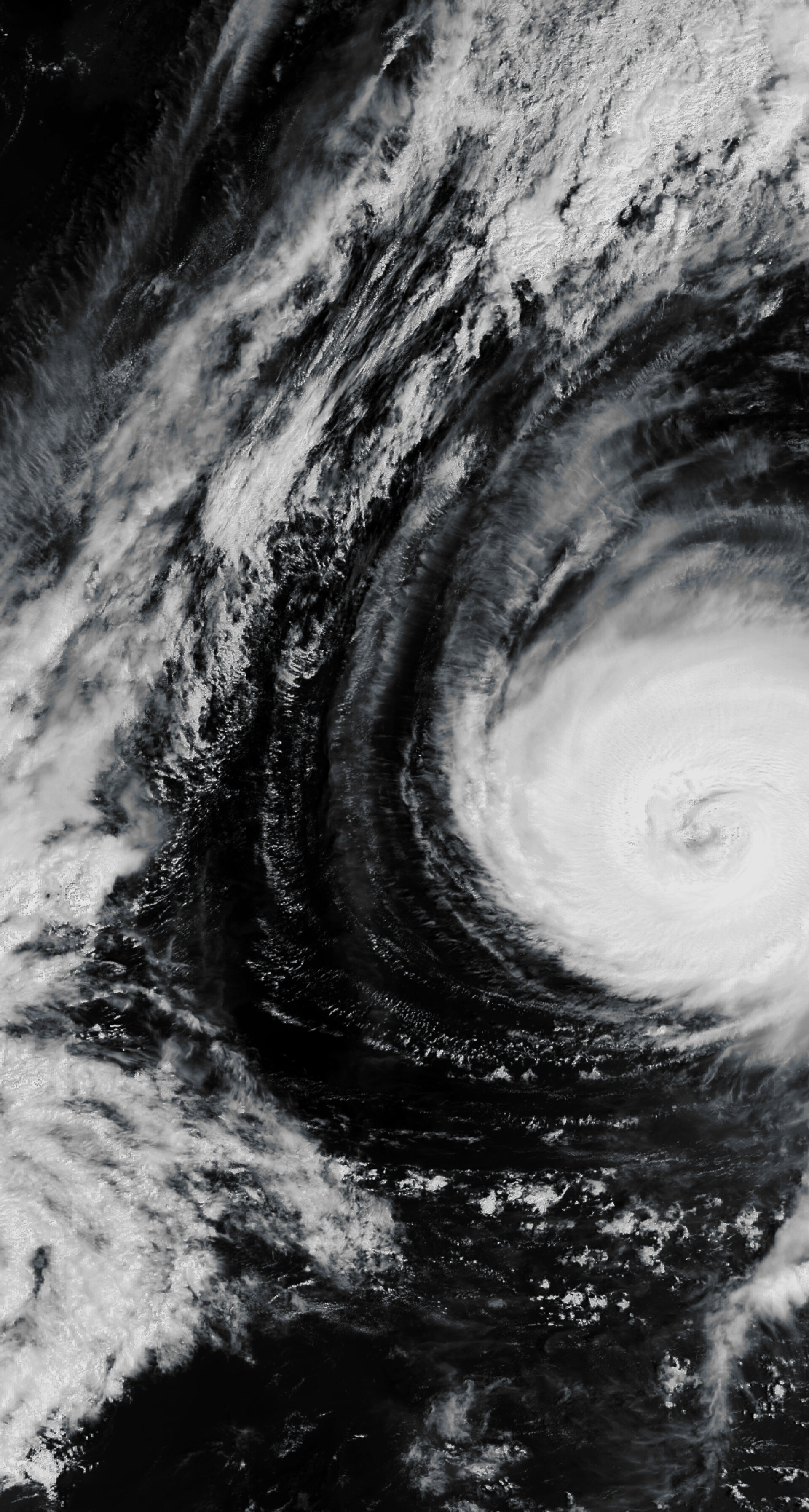 This Envisat image captures Typhoon Melor spinning in the Pacific Ocean northeast of the Philippines on 6 October before slamming into the main Japanese island of Honshu on Thursday.

As the typhoon approached Honshu, it was generating winds of 198 km/h, but weakened after making landfall. The strong winds associated with Melor have toppled trees and power lines, leaving some 10 000 homes without electricity.

By early Thursday, the storm was moving northwest at 30 km/h, carrying a maximum sustained wind speed reaching 111 km/h, according to the Japan Meteorological Agency.

Melor is the first typhoon to make landfall in Japan since Typhoon Fitow hit in 2007. Last year was the first time in eight years that a typhoon did not hit the island.

Tropical cyclones are large powerful storms that rotate around a central area of extreme low pressure. They arise in warm tropical waters that transfer their heat to the air. The warmed air rises rapidly, in the process creating low pressure at the water surface. Winds begin rushing inwards and upwards around this low-pressure zone.

Knowing their strength and path is critical for issuing timely warnings. Earth observation satellites are the best means of providing data on the forces that power the storm.