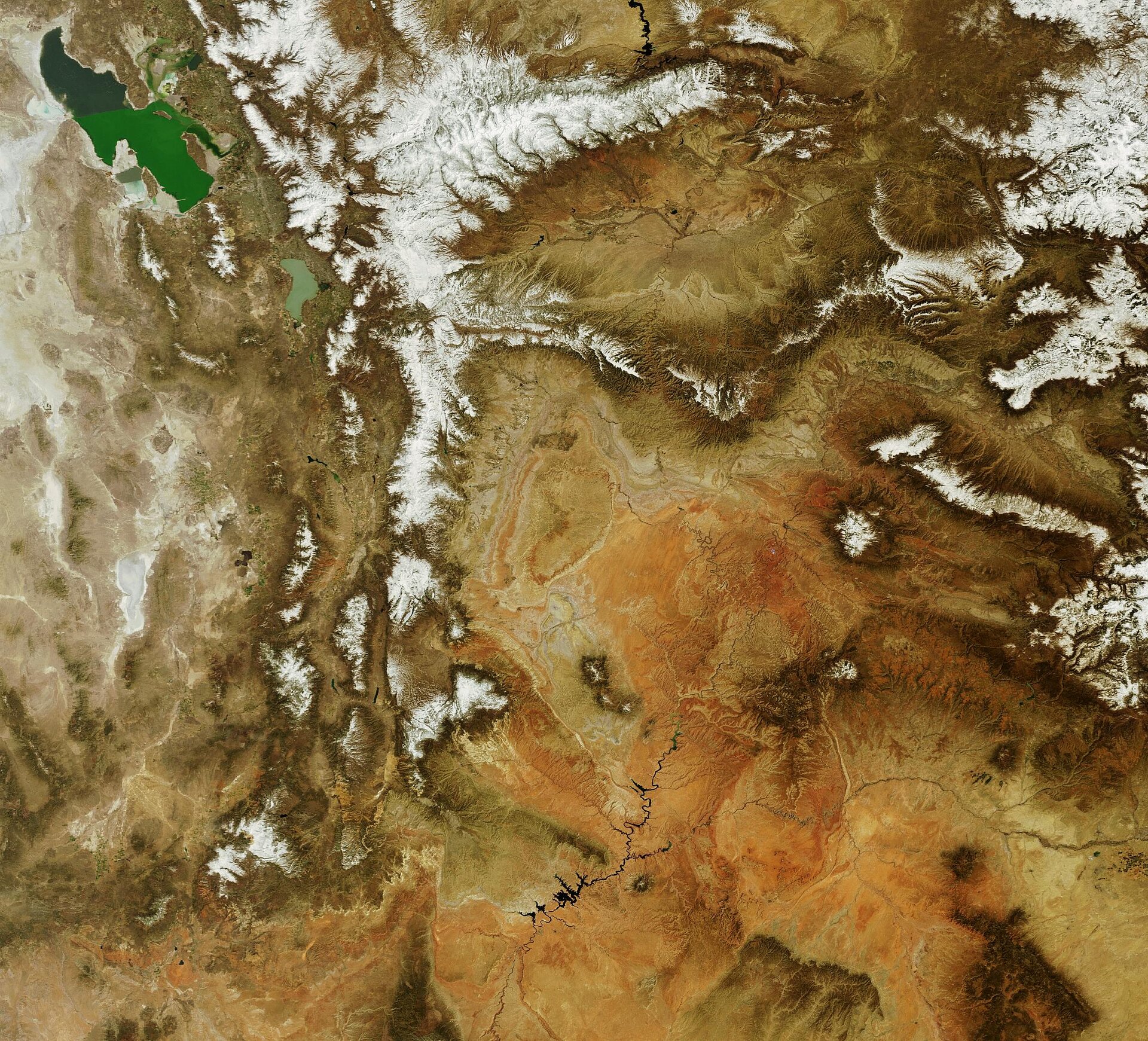 This Envisat image features the diverse terrain of the state of Utah, located in the western part of the United States.

The snowcapped mountains left of image centre are comprised of the Uinta Mountains and the Wasatch Range, both segments of the Rocky Mountains.

The Uintas Mountains are the highest range in the contiguous U.S. running east to west, with peaks ranging from 3400 to 4100 m. The Wasatch Range stretches north to south for 260 km from Idaho (not visible).

Great Salt Lake (top left), the largest salt lake in the western hemisphere, has an unusually high salt concentration, much saltier than seawater. The water that flows into the lake from the mountains gathers dissolved mineral salts from rocks along its journey.

Once the water enters the lake, it has no way out except for evaporation. As the water evaporates, mineral salts are left behind, increasing the lake’s salinity level.

Great Salt Lake Desert (whitish area visible to the left of the lake) is an arid region that extends from the west of the lake to the border of Nevada (not visible), which is west of Utah. The desert covers some 10 360 km². Its white colour is due to the high concentration of salt in the soil.

The clay-coloured area at image bottom is the Colorado Plateau – a gigantic basin containing a variety of landforms ranging from rugged plateaus, canyons, mountains, river gorges and deserts.

The plateau covers an area of 337 000 km² and is roughly centred on the Four Corners region of the southwestern U.S., which includes Utah, Colorado (visible along right border of image), New Mexico (its northwestern tip is visible in bottom right corner) and Arizona (visible across bottom of image).

This image was acquired by Envisat's Medium Resolution Imaging Spectrometer (MERIS) on 27 April 2008, working in Full Resolution mode to provide a spatial resolution of 300 m.