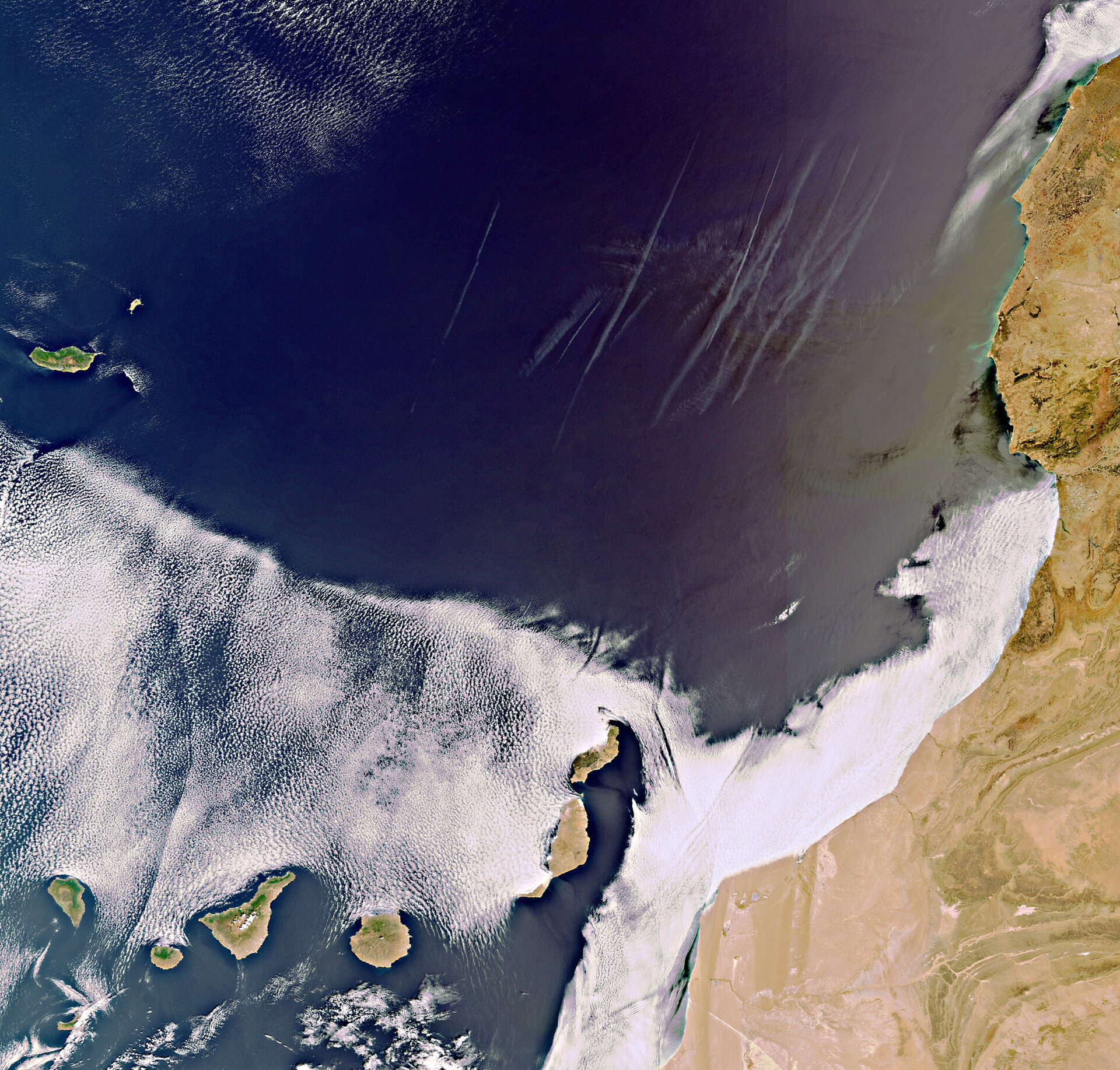 The subtropical Canary Islands off Africa’s west coast are pictured in this Envisat image.

The Canary Islands’ favourable climate and beaches attract over 12 million visitors per year. Perhaps some beach-goers were on those aircraft that left the multiple contrails over the dark blue water to the north.

Because the archipelago is far away from areas with high light pollution like big cities, it is an ideal location for astronomical observations.

Also on Tenerife is the world’s third largest volcano, Teide. Similarities in environmental and geological conditions between Teide National Park and the planet Mars have turned this area into a testing ground for instruments that will travel to the red planet.

Earlier this week, an underwater volcanic eruption off the southern coast of the El Hierro island (in the lower-left corner) prompted authorities to evacuate hundreds from the Canaries’ smallest island.

To the east, the desert flatlands of Morocco and the Western Sahara are visible. The Portuguese archipelago, Madeira, lies to the northwest.

This image was acquired on 8 September 2011 by Envisat’s Medium Resolution Imaging Spectrometer.