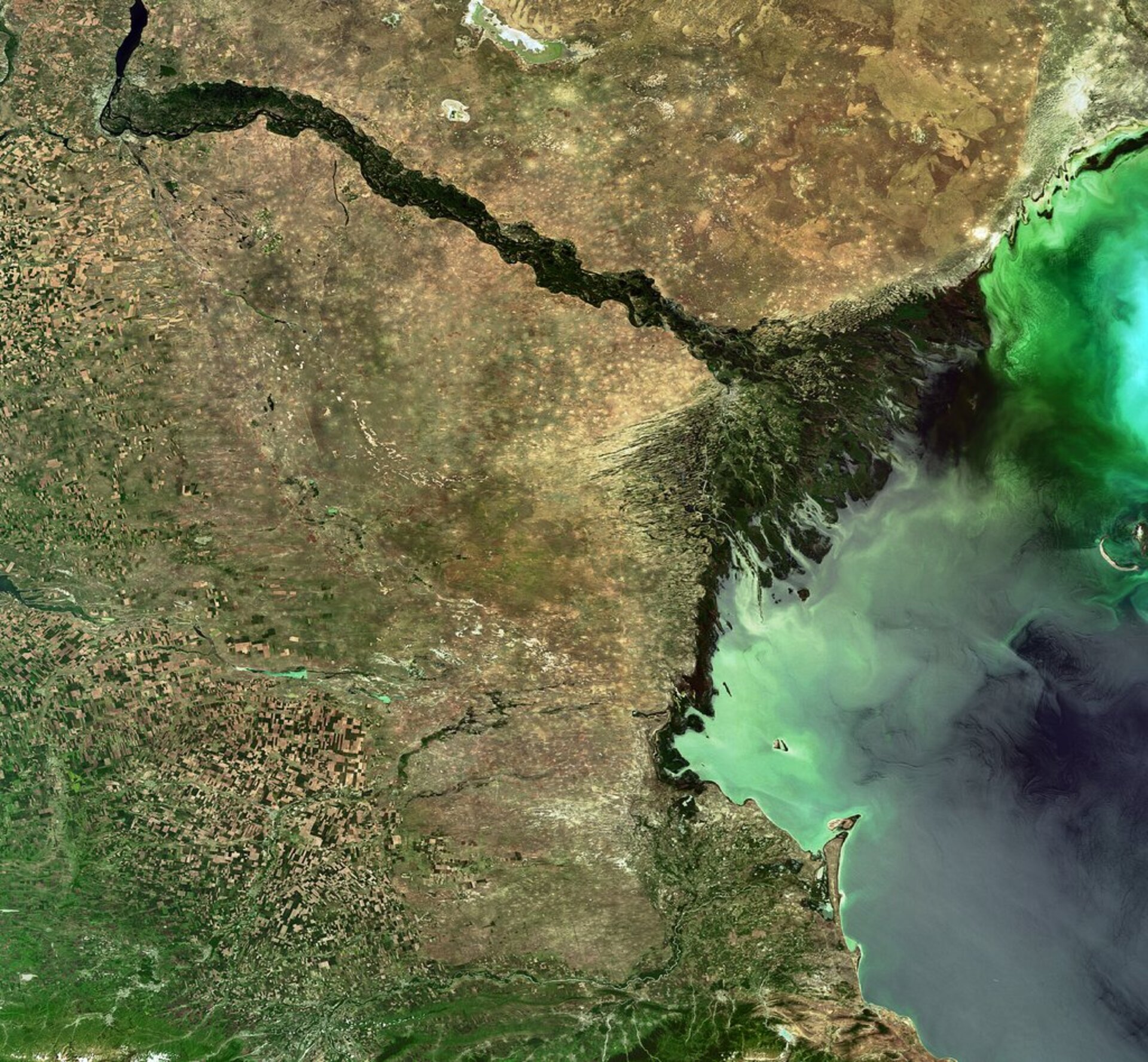 This Envisat image features the Volga Delta, which forms where the Volga River empties into the northwestern part of the Caspian Sea, the largest inland body of water in the world.

The Volga River is the longest in Europe, draining 20% of European land area and supplying 80% of the Caspian's freshwater inflow. When water from the river enters the Volga Delta, Europe’s largest inland river delta, it splits up into more than 1000 waterways.

The delta is considered one of the world's most dynamic river deltas because of its remarkably complicated hydrographic network. It has been designated as a Wetland of International Importance by the Ramsar Convention on Wetlands because it provides habitat for many migratory birds. It has also been nominated for inscription on the UNESCO World Heritage List.

The Caspian Sea contains more than 78 000 cubic km of water—about one-third of Earth’s inland surface water. Stretching 1200 km from north to south, the elongated, almost tide-free sea fills a deep depression (some 27 m below sea level) between Europe and Asia.

The sea is bordered by Russia and Kazakhstan to the north, Azerbaijan to the west, Turkmenistan to the east and Iran to the south. Covering an area more than 380 000 sq km, it is larger than Japan.

Since the sea has no outlet, many unique animals and plants have been preserved. For instance, it is home to 85% of the world's stock of sturgeon and is the source of 90% of all black caviar. The Russian city of Astrakhan, located on the Volga Delta about 100 km from the sea (visible in yellow just above the triangular-shaped delta), remains at the centre of the caviar trade.

The sea's water levels have fluctuated in the last few decades, a development at least partly due to human activity including the building of dams. The northern part of the Caspian (shown here) is the shallow end, averaging around 6 m. The southern part is the deepest, reaching over 1000 m.