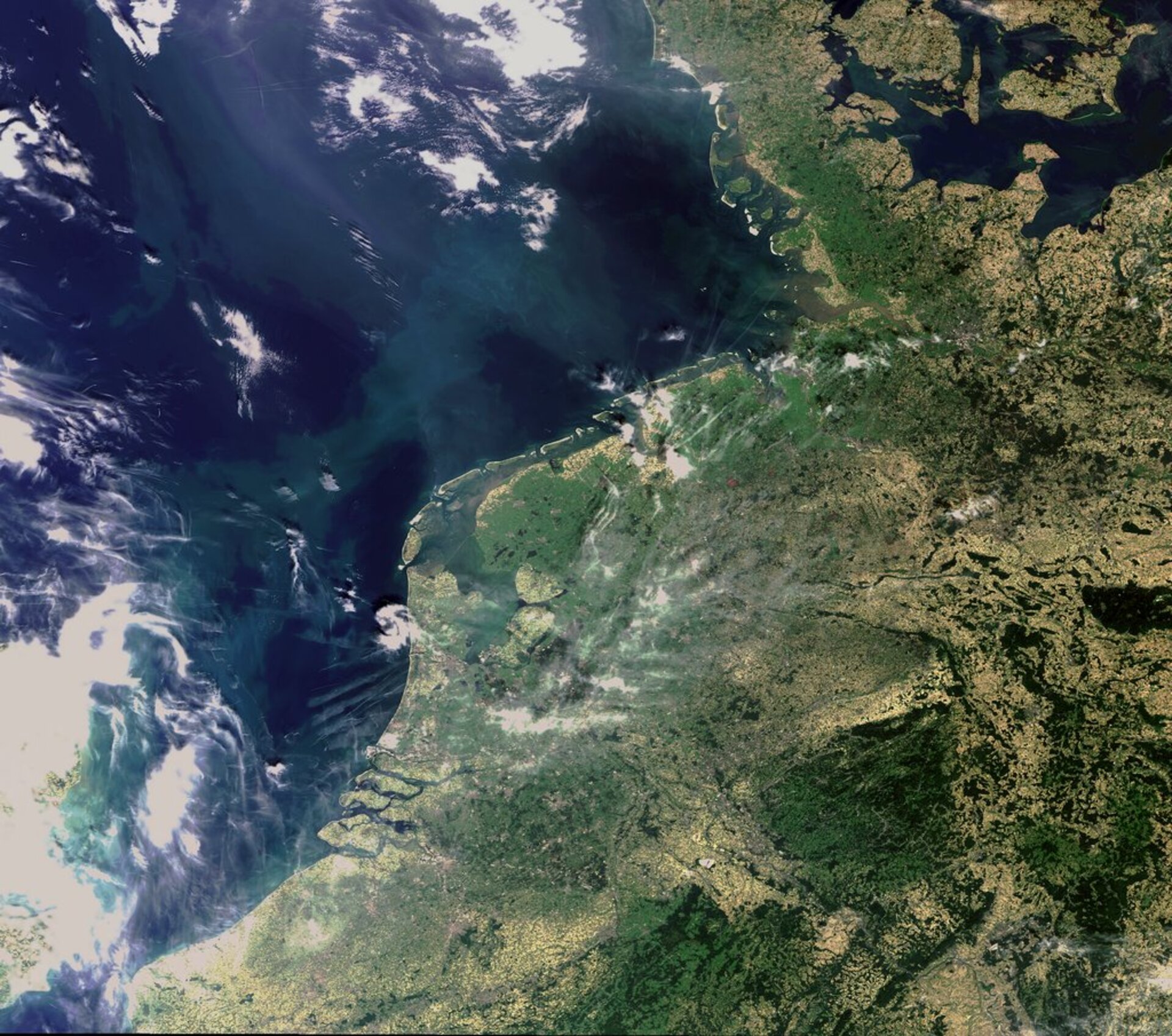 This Envisat image captures the dynamic landscape of the Wadden Sea, a tidal wetlands area in the southeastern part of the North Sea that extends some 450 km along the coasts of the Netherlands, Germany and Denmark.

The Wadden Sea is a shallow coastal region shaped by the constant flow of low and hide tides that alternate approximately every six hours. The area is characterised by mud flats, salt marshes and low-lying islands.

Due to its varied landscape, the area provides habitat for more than 10 000 plant and animal species and an estimated 1,5 million migrating birds.

Joining other natural wonders around the world, the Wadden Sea was added to the list of UNESCO World Heritage sites in June this year.

The chain of islands seen stretching from the Netherlands to Denmark is the Frisian Islands, which shield the mud flat areas of the Wadden Sea from the North Sea.

Inland from the Dutch Wadden Sea (left of centre), the IJsselmeer and Markermeer freshwater lakes are visible. At the southern tip of Markermeer is Amsterdam, with The Hague and Rotterdam further down along the coast.

ESA's European Space Technology Research Centre (ESTEC) is located just north of The Hague in the coastal town of Noordwijk, where Envisat was designed, integrated and tested before its launch in 2002.

The Port of Rotterdam, located in the city of Rotterdam, is Europe’s largest port and the gateway to some 450 million consumers. It accommodates roughly 30 000 ocean-going ships and 130 000 river ships each year. The islands visible beneath the port area belong to the Zeeland province of the Netherlands.

South of the Netherlands is Belgium, with the city of Bruges visible in white inland from the coast. A small portion of France is visible beneath Belgium, while Germany is seen along the right side of the image.

This image was acquired by Envisat's Medium Resolution Imaging Spectrometer (MERIS) instrument on 19 August 2009, working in Full Resolution mode to provide a spatial resolution of 300 m.