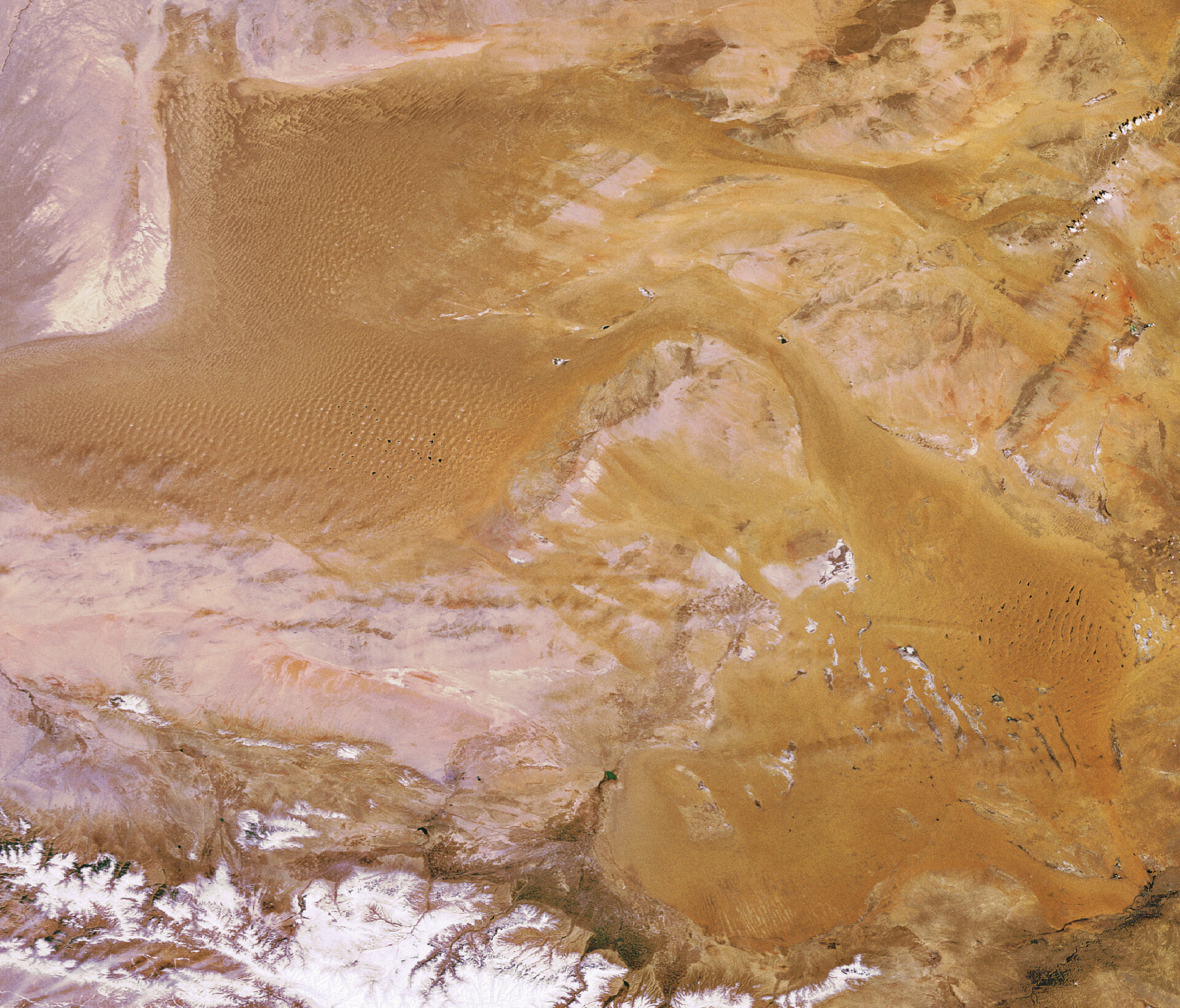 This Envisat image features the Gobi Desert, which stretches across vast areas of the Mongolian People's Republic and the Inner Mongolian Autonomous Region of China.

The Gobi, which is about 1600 km in extent from east to west and about 1000 km from north to south, has a total area of 1 300 000 sq km, making it the largest desert in Asia and the fourth largest in the world.

Despite the connotations associated with deserts being sandy, the Gobi Desert is covered with bare rock. It is formed by a series of small basins within a larger basin rimmed by upland. The basin floors are unusually flat and level, and are formed of a desert pavement of small gravel atop granite or metamorphic rock.

The basins are bounded by the Altai Mountains and grasslands of Mongolia to the north, by the Tibetan Plateau to the southwest and by the North China Plain to the southeast.

The Gobi, which is Mongolian for ‘waterless place’, receives no more than 200 to 250 mm of rain along the northern and eastern edges, but only its southeastern portion is completely waterless.

Small lakes that are kept filled by groundwater exist in the desert. Archaeological evidence shows the lakes have existed for a very long time, with Stone Age dwellers living along their borders.

Numerous important fossils have been found in the Gobi Desert, including the first dinosaur eggs. Other archaeological remains found in the desert include those from the Eolithic, Upper Paleolithic, Neolithic and Bronze Age civilisations.

This image was acquired by Envisat’s Medium Resolution Imaging Spectrometer (MERIS) instrument on 13 April 2008 working in Full Resolution mode to provide a spatial resolution of 300 metres.