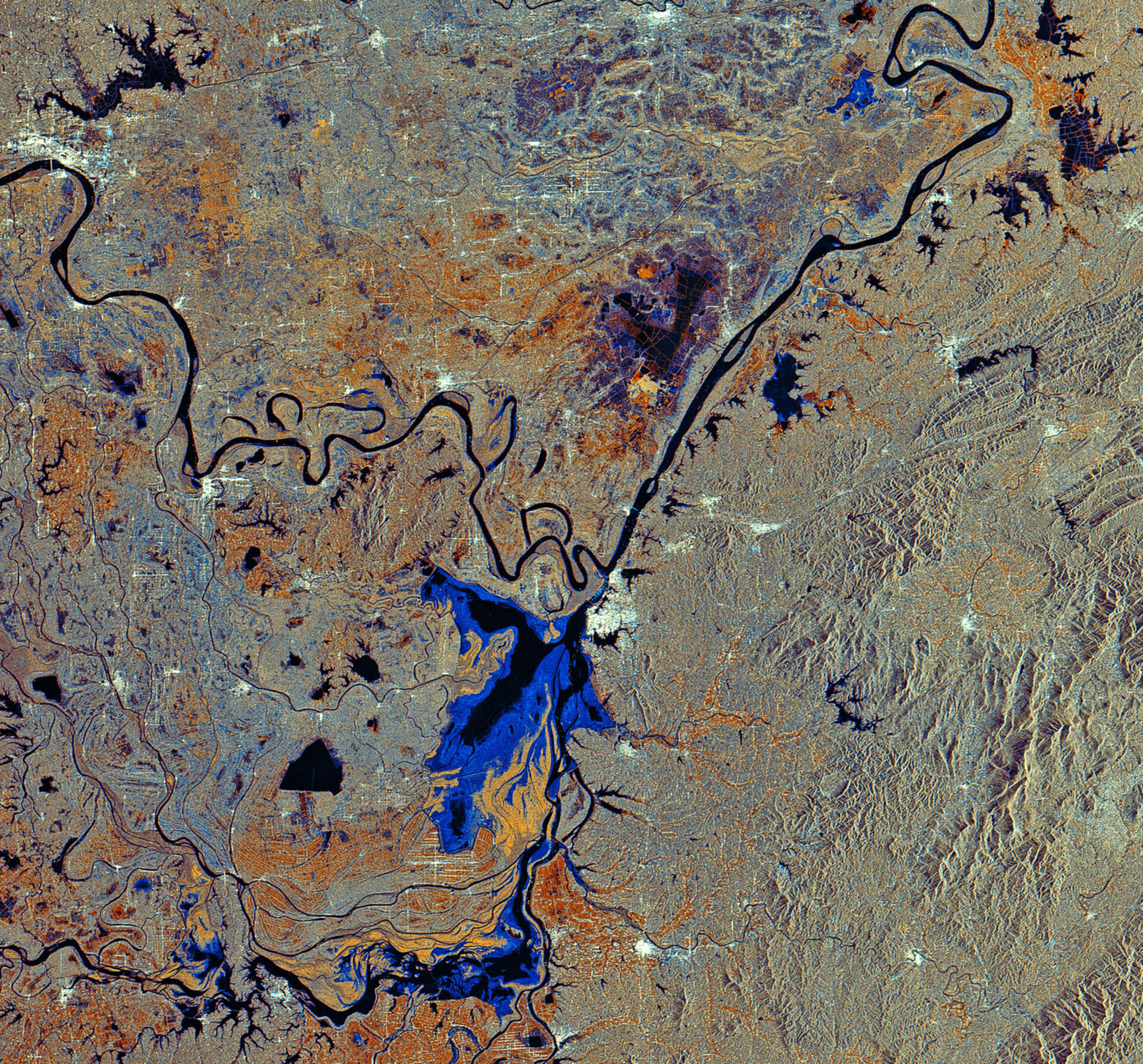 This Envisat radar image features the Dongting Lake and the Yangtze River in south-central China.

Dongting Lake (bottom centre) is China’s second largest freshwater body. The lake is fed from the north by the Yangtze (seen snaking across the top of the image) and from the south by the Zi (visible), Xiang, Yuan and Li rivers.

The lake’s size varies considerably from season to season. This image was created by combining three Envisat Advanced Synthetic Aperture Radar (ASAR) acquisitions taken over the same area, with colours representing changes that occurred in the surface between acquisitions. The various colours of blue show the variations in the lake’s total area.

With a length of 6300 km, the Yangtze is the longest river in Asia and the third longest in the world. It rises in the Qinghai-Tibetan Plateau and flows through nine provinces before reaching the East China Sea near Shanghai.

The Yangtze River has some of the most turbid waters in the world. Its total sediment load is estimated at 680 million tonnes a year – equivalent in weight to a hundred Great Pyramids. A rare species of freshwater dolphin, called Finless Porpoise for its almost complete lack of a dorsal fin, lives in the river. The river is also home to the world’s largest hydroelectric power station, the Three Gorges Dam.

The big body of water above the Yangtze to the right side of the image is Lake Hong, known across the country for its beauty and for crab farming.