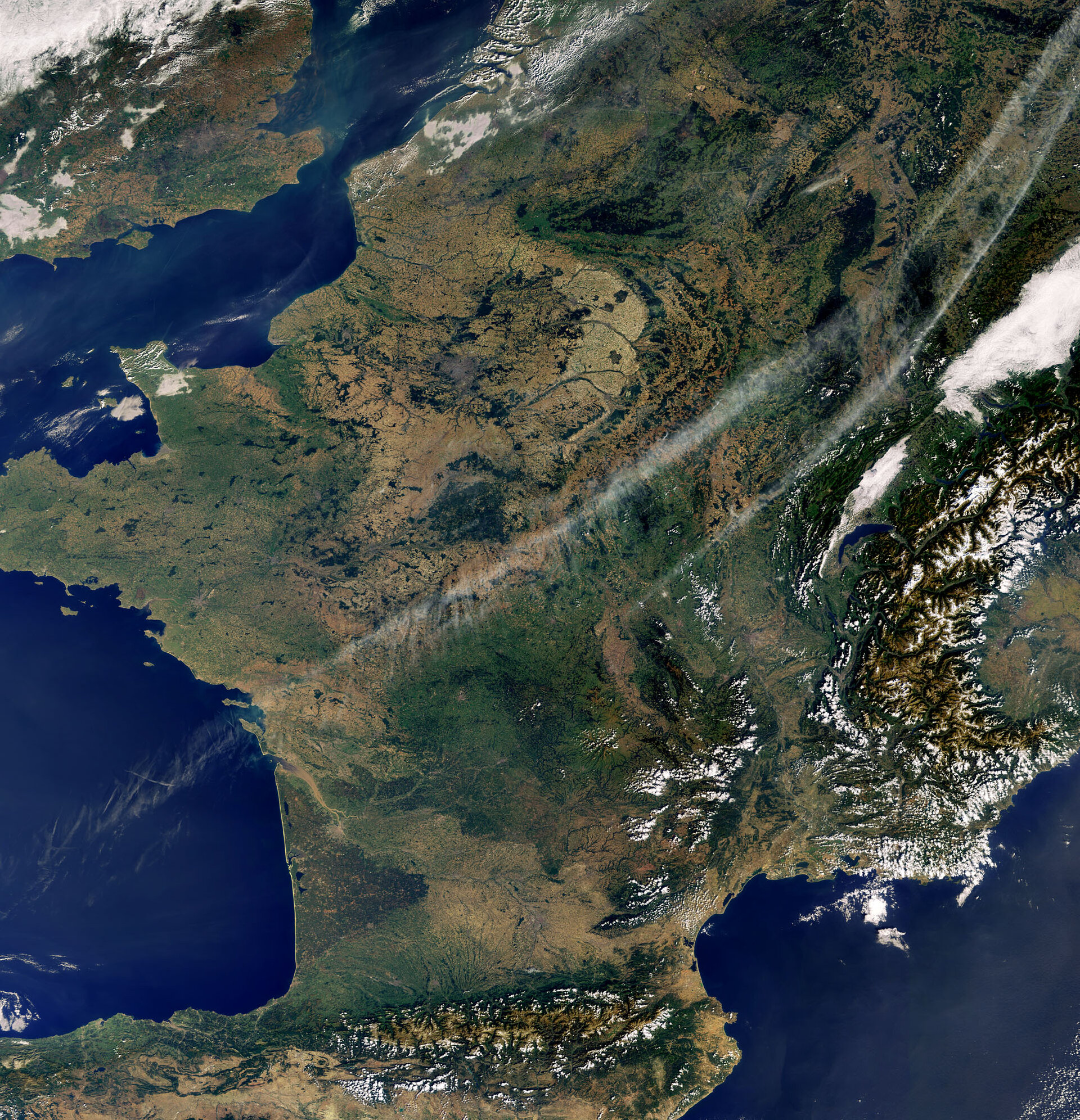 Envisat captures a rare image of Western Europe in which there are virtually no clouds.

In addition to the countries of Andorra, Belgium, England, France, Germany, Italy, Luxembourg, the Netherlands, Spain and Switzerland, three mountain ranges can be seen in the image – the Pyrenees, Massif Central and Alps.

The Pyrenees (visible bottom centre) form a natural border between France and Spain (with the country of Andorra in between) in southwest Europe. Massif Central (visible northeast of Pyrenees) is France’s third biggest mountain range behind the Alps and Pyrenees.

The western portion of the Alps – south central Europe’s great crescent-shaped mountain system – is visible in the image (bottom right) on the border of France and Italy. The Alps extend some 1200 km through France, Switzerland, Italy and Austria and occupy an area of about 200 000 km&sup2.

This image was acquired by Envisat’s Medium Resolution Imaging Spectrometer (MERIS) instrument on 28 September 2008 working in Full Resolution mode to provide a spatial resolution of 300 metres.